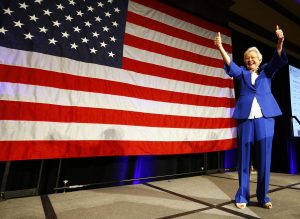 While a record number of women are headed to Congress, a number of conservative measures passed across states. What explains this?

A record number of women are headed to statehouses and Capitol Hill in 2019. One hundred women were elected to the U.S. House, which means that at least 121 women will serve in the 116th Congress – up from the current 107.

Media outlets have been quick to attribute women’s candidacies and successes to the Democratic “blue wave.” This generalization ignores places like Alabama, where voters elected a Republican as its first female governor and passed a measure that recognizes and supports “the sanctity of unborn life and the rights of unborn children” and another measure that allows the display of the Ten Commandments on public property and in schools.

In South Dakota, voters also elected a Republican female governor and rejected progressive-backed measures that would have revised campaign finance and lobbying laws as well as increased taxes on tobacco products.

As a scholar of politics and social movements, I’m often asked to explain these contradictory outcomes.

Here are three things to keep in mind about women and politics as a new Congress prepares to take office.

1. Women vote more than men, and not all are Democrats

How women vote is often not well explained in news coverage. Journalists emphasize that women vote more than men and that more women tend to identify as Democrats. 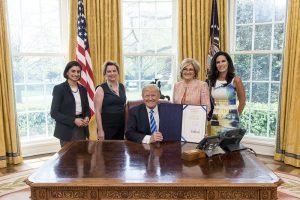 Experts have found that conservative women and conservative women’s groups consider themselves part of the “women’s movement” even as they reject the traditional goals of that movement: equal rights legislation, legal abortion, some forms of birth control and the ability of women to serve in combat. While these conservative feminists advocate for women’s advancement in culture and politics, they celebrate and defend many aspects of traditional femininity including women’s roles as family caregivers.

Take the group Concerned Women for America, which I’ve studied extensively. It was created in 1979 in response to the political successes of the liberal feminist National Organization for Women, which some believed did not represent the political views of all American women.

Concerned Women for America founder Beverly LaHaye, whose late husband was a politically prominent evangelical minister and conservative activist, saw her organization as a way to represent more traditional and religious values in the women’s movement. The organization pushed back against legal abortion, the Equal Rights Amendment and infringements on religious expression such as restrictions on school prayer.

Today, Concerned Women of America is a political powerhouse that mobilizes its half-million members to elect Republican candidates. Virtually every Republican running for the presidency since 1980 has stopped in at the organization’s annual convention in an effort to gain the group’s favor and conservative women’s votes.

Ivey is a Republican whose top two issues, according to her website, were her belief in God and her value of the lives of the unborn. It’s a safe bet to say that the women – and men – who voted for Ivey, also voted for the conservative ballot measures.

3. Women’s power at the state level

How politically powerful women are varies across the U.S. and, to some extent, reflects ideas about how women and men should act. Historians find, for example, that voters in Southern states tend to reinforce traditional gender norms and frown on women holding political office.

For example, Nevada and South Carolina are politically mixed states but vary dramatically in their ranking on women’s equality and political empowerment. According to WalletHub, a personal finance website, Nevada is the fourth best state when it comes to equality between men and women on 16 key indicators, including workplace environment, education, health and political empowerment. South Carolina ranks 45th.

In each state, seven women ran for office in the midterm elections. In Nevada, five women (Democrats and Republicans) won their races outright and another race is too close to call. Only two of the seven female candidates (both Republicans) won in South Carolina. There is a clear difference between the two states in women’s degree of political power.

Nevada also has a much better track record of women running and winning. This is not true of South Carolina, where it was seen as an achievement in 2016 when just four women were elected to the state Senate, which has 46 seats.

Women made history in 2018, but there is more to the story than the Democratic “blue wave.” The diversity of women and the different contexts in which they operate have implications for politics and policy for decades to come.