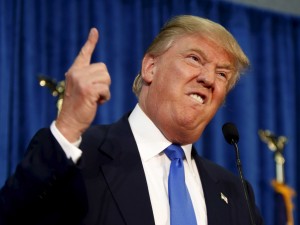 Donald Trump, in a rare moment, is actually right here.  During the Iowa caucus, Ted Cruz sent word to all of his captains that CNN reported Ben Carson was dropping out of the race and heading back to Florida.  CNN actually reported (and just proved by going back to their video and press releases) that they said Carson was returning to Florida for a change of clothes before heading to New Hampshire.

In an interview today, Cruz said he simply spread the message of an accurate story by CNN that Carson was leaving for Florida.  When asked if it was fair to mislead voters, he said, “By reporting your own accurate story?”  He continues to try to throw the “media” under the bus while at the same using them to support his own wrongdoing.  Whether intentionally or not, he did indeed misreport a story to his own staff and it perpetuated from there.  Did it cost Carson votes?  Did it cause those votes to begin to shift to himself and push him to a lead over Trump?  These are questions to which we will now never know the answer.

Cruz is playing dirty and Trump and Carson are both in the right to call him on it.  He can’t possibly just be honest and say, “Yes, I misreported what I myself called an accurate story as it was reported.”  Then what?  Re-do in Iowa?  That’s obviously not going to happen, but this does say quite a bit about Cruz.