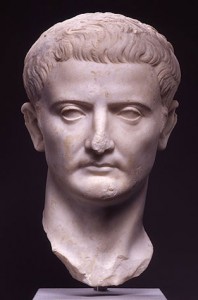 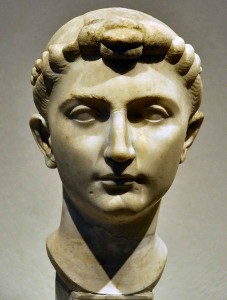 On February 12, 11 BCE, Tiberius – the adopted son and heir of Augustus – married Julia the Elder, the eldest biological child of Augustus.  Julia had been married since the age of 18 to the closest confidant of Augustus, Agrippa.  But upon Agrippa’s death, and with the need to adopt and promote Tiberius as his next heir, Augustus arranged a marriage between him and Julia.  However, this required Tiberius to divorce his wife, Vispania Agrippa (yes, the daughter of Agrippa).  As the paterfamilias, Augustus had the power of such instruction with the authority (patria potestas) granted to the male heads of all families.  Tiberius had a true romance for Vispania and never took on a favorable opinion of Julia.

Julia had wandering eyes and acted on it, and she was arrested in 2 BCE for adultery and treason.  This left Augustus in a quandary as to the appropriate punishment for his daughter.  He did not want to execute her and settled on instead exiling her to the island of Pandateria, a very small island of less than 2 square kilometers.  Augustus was reported to have lamented, “If only I had never married, or had died childless.”  Tiberius lodged no protest as her departure suited him well.

Julia was only sparingly provided with food and beverage and kept in what would be considered low plebeian conditions of the time.  In fact, she died of malnutrition, and some reports are that Tiberius (out of revenge for her unfaithfulness and desire to be rid of her completely) purposely starved her to death.