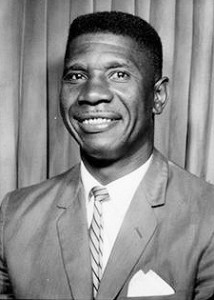 Thirty years later, white supremacist Byron De La Beckwith was convicted of the murder of Medgar Evers on June 12, 1963, at his vehicle in his driveway.  Evers, a civil rights leader in Mississippi, was murdered in front his wife and three children.  Beckwith had been charged in tried in 1964, but two juries (all white) deadlocked.  That was in itself unheard of in Mississippi at that time.  Typically they would have been expected to simply render a not guilty verdict as usual, but the evidence was so overwhelming that apparently some simply could not.

Beckwith was a fertilizer salesman and KKK member.  When he was tried and convicted in 1994, he was sentenced to life.  He died in prison in 2001 when he was 80 years old.