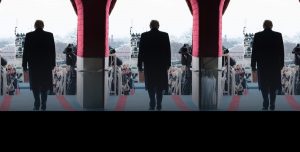 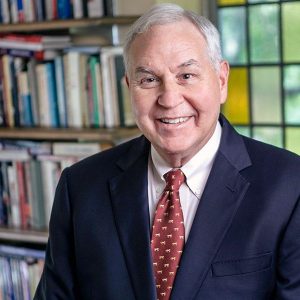 “We need a truly great leader,” Donald Trump said during the campaign that ended with his election in November 2016. “We need a leader that wrote The Art of the Deal.” Trump’s confidence about the deal-making prowess he developed in the business world was overweening. “I deal with Steve Wynn. I deal with Carl Icahn,” he told the voters. “I deal with killers that blow these [politicians] away.”

Trump was surely right to think that striking deals—also known as finding common ground—is an important part of being president. The Constitution assigns the presidency few powers that are not shared with Congress or the states and reviewable by the courts in what the political scientist Richard Neustadt classically described as a system of “separated institutions sharing powers.” Or as former president Bill Clinton has long been fond of saying: “The Constitution boils down to one thing. Let’s have an argument and then let’s make a deal.” 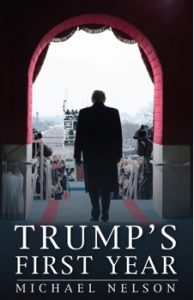 Trump’s voters valued his experience as a business man rather than a politician. Historically, nearly everyone elected or even nominated by a major political party for president has been a current or former senator, governor, vice president, general, or cabinet member. In the quarter century after World War II, senators and vice presidents (most of whom had been senators) dominated presidential elections because Cold War–era voters trusted the federal government and valued their experience dealing with national security issues. Then, in the aftermath of the Vietnam War and the Watergate scandal, the electorate turned to state governors, who were untainted by the incompetence and corruption now associated with a Washington-based political career: Jimmy Carter of Georgia in 1976, Ronald Reagan of California in 1980, Bill Clinton of Arkansas in 1992, and George W. Bush of Texas in 2000.

The ascendant Tea Party movement that helped the Republican Party win control of the House in 2010 and the Senate in 2014, however, was not just anti-Washington but anti-government in all its forms. Seven current or former Republican governors battled Trump for the Republican nomination, including large or swing-state chief executives Bush, Kasich, Walker, Christie, George Pataki of New York, and Jim Gilmore of Virginia. None of them came close. On the eve of the primary campaign, 58 percent of Republicans said they would prefer “someone from outside the existing political establishment” to “someone with experience in how the political system works.”

As a candidate who had never held public office, Trump appealed to many voters as a complete outsider who would “drain the swamp” in Washington. “The problem with politicians,” he told a rally: “[they’re] all talk and no action. It’s true. All talk, and it’s all bullshit.” He knew politicians could be bought, Trump claimed, because he had bought some of them himself as a cost of doing business. “When I need something from them—two years later, three years later,” he said. “They are there for me.”

“Deals are my art form,” Trump once bragged. Yet overconfidence blinded him to the reality that government is nothing like the profit-maximizing private economy. He failed to understand that the motivations of the other constitutional actors whose cooperation he needed are varied, complex, and subtle.

In the cutthroat world of real estate development, deal-making is extremely fluid and walking away from a bargain with a contractor, developer, or lender is tolerable. But a president cannot walk away when negotiations break down with Congress and find another legislature to deal with. And in politics a reputation for standing by one’s word is the coin of the realm.

Trump’s experience prior to becoming president was limited not just to business, but to privately owned business. Never having dealt with an independent board of directors, he never learned the arts of shared governance.

Not realizing that the Constitution created a system of separated institutions sharing powers was just a start for Trump. He also seems not to realize much about the Constitution at all. At a July meeting with House Republicans, he professed his devotion to the document he had taken the oath to “preserve, protect, and defend” by declaring, “I want to protect Article I, Article II, Article XII—go down the list.” There are seven articles in the Constitution, not twelve, much less a longer “list.”

It’s one thing not to understand the challenges of a new position because of lack of experience. It’s another not to learn. Every one of Trump’s elected predecessors became more surefooted in the job by doing it. They got better because they crammed during the post-election transition period, surrounded themselves (sometimes sooner, but always later) with advisors experienced in government, and learned from their mistakes.

In contrast, Trump took office avowing that he had nothing to learn. Claiming that he makes great decisions “with very little knowledge other than the knowledge I [already] had, plus the words ‘common sense’ because I have a lot of common sense and I have a lot of business ability,” Trump added: “I could actually run my business and run the government at the same time.”

During the months that followed Trump’s election, he first blew any chance for even a short honeymoon with a dark, campaign-style inaugural address focused on “American carnage.” Then, failing to take advantage of a unified Republican government, he saw just one important piece of legislation that he supported enacted: a tax cut bill, the near-inevitable consequence of electing a Republican Congress.

This lack of achievement is remarkable considering that Trump took office under unusually favorable circumstances. Although the world had its share of problems, they were ongoing, not new or urgent. The domestic economy had been growing, slowly but steadily, for ninety consecutive months. The inflation rate was about 2 percent and unemployment had dipped below 5 percent. The percentage of Americans who regard themselves as middle- or upper-class had reached 62 percent, a greater share than before the 2008-2009 economic meltdown. The stock market was booming, having tripled from its modern low in March 2009.

Trump was elected by attacking the federal government, not by advancing a positive agenda. He has been insensitive toward anyone, in government or out, who disagrees with him. And he has been unwilling to reach out, as most presidents do at least symbolically, to the unconverted.

From the resistance that has emerged in Congress, the courts, the bureaucracy, the states and cities, the media, and the opposition party, Trump has been taught the hard way what most of the country has rejoiced in for more than two centuries: that the American constitutional system is well designed “to counteract ambition” when ambition aspires to roam directionless and unrestrained. Equally important, the Constitution countenances deal-making among officials chosen to represent the American people in all their variety. But has he been listening?