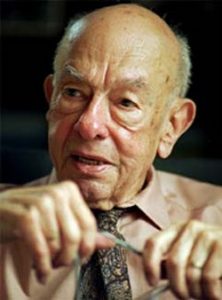 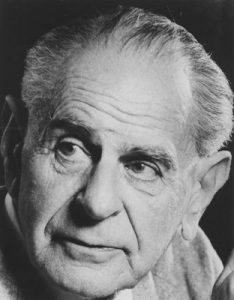 There are many narratives told about evolution. One of the most widely told is the Essentialism Story, replayed in textbook, popular storytelling and philosophy alike. It goes like this: Before Darwin, biologists were constrained by essentialist thinking, in which they were committed to species being natural kinds where there were essential characters shared by every member of the species. Darwin changed all this by adopting a kind of nominalism, in which every member of a species, and every species, was a unique object, and no species had members that shared characters that all members exhibited, and which no other species did. Darwin developed a view in which species were populations.

Later, Michael Ghiselin and David Hull developed an individualistic view of species, in which species were, like Darwinian individuals, particulars not classes. This is the new metaphysics of evolution. Anything else is “outmoded metaphysics” (as a review of a colleagues’ paper called it). If you aren’t with the new evolutionary metaphysics, you aren’t modern.

Only, it isn’t historically the case. As I discovered when I was doing my doctoral thesis, there is little evidence that anyone was what I now call a “taxic essentialist”. Sure, people talked about essences, of life, of organs, and so forth. But they never accepted that species had to have what we now call necessary and sufficient conditions, or that members of a species or other taxon would bear such essential properties. I am not the only person to think this. The alarm was sounded by Paul Farber in the 1970s, but recently historian of science Polly Winsor has made the same argument (I sent a copy of my thesis to her and she replied that I was “courageous”, a red flag term for a newly minted PhD if ever there was. Polly cited my thesis in her paper). I discuss the story and its falsity in my book Species.

So, when did the story arise? Polly argued that it was based on the ideas of Arthur J. Cain, taken up and disseminated by Ernst Mayr, Hull and many others. Hull was influenced directly and personally by Karl Popper, whose graduate seminar he had taken in the early 60s, resulting in the famous paper “The Effect of Essentialism on Taxonomy – Two Thousand Years of Stasis” [PDF]. Popper had defined and criticised “methodological essentialism” in his 1945 book, The Open Society and its Enemies, in the first volume on Plato as the founder of ideas that led to the then-threatening views we call fascism:

I use the name methodological essentialism to characterise the view, held by Plato and many of his followers, that it is the task of pure knowledge or science to discover and to describe the true nature of things, i.e. their hidden reality or essence. It was Plato’s peculiar belief that the essence of sensible things can be found in their primogenitors or Forms. But many of the later methodological essentialists, for instance, Aristotle, did not altogether follow him in this, although they all agreed with him in determining the task of pure knowledge as the discovery of the hidden nature or Form or essence of things. All these methodological essentialists also agreed with Plato in maintaining that these essences may be discovered and discerned with the help of intellectual intuition; that every essence has a name proper to it, the name after which the sensible things are called; and that it may be described in words. And a description of the essence of a thing they all called a definition. According to methodological essentialism, there can be three ways of knowing a thing: ‘I mean that we can know its unchanging reality or essence; and that we can know the definition of the essence ; and that we can know its name. Accordingly, two questions may be formulated about any real thing . . . : A person may give the name and ask for the definition; or he may give the definition and ask for the name.’ [p25f]

Now what Popper is critiquing here is sometimes called rationalism: that we can know the natures of things through reflection and reasoning. He contrasts it to

methodological nominalism [which] aims at describing how a thing behaves, and especially, whether there are any regularities in its behaviour.

Popper’s view was widely known and influenced many scientists and philosopher of science, especially when his Logik des Forschung (translated in 1959 as Logic of Scientific Discovery, although one thing it lacked was a theory of discovery) was published. Hull’s paper set the tone, and clearly established the notion that Aristotle was the author of essentialist thinking, whereas Popper and earlier Dewey had suggested it was Plato, which G. G. Simpson, the palaeontologist and one of the major authors of the Modern Synthesis had also thought.

Hull gave a longer historical summary in his 1988 Science as a Process, and Ernst Mayr in his widely read The Growth of Biological Thought in 1982 constantly interpreted, sometimes aggressively selecting sources, the history of biology in terms of essentialism. Clearly one of the influences was Popper, via Hull, through to Mayr (who cited Popper’s definition on page 864).

But Mayr gave only a general, and non-philosophical, account of Aristotelian essentialism:

… a limited number of fixed and unchanging forms, eide (as Plato called them) or essences as they were called by the Thomists in the Middle Ages. [p38]

I think essentia preceded Thomas by a comfortable margin; at the very least his teacher Albertus Magnus used the term frequently. But the issue here is where modern definitions of essentialism come from. Late in the 19th century, the term “essence” was either used carelessly in logic, or wildly in the Hegelian tradition. For example, W. Stanley Jevons said of the term essence

Essence, (essentia, from esse, to be,) “the very being of anything, whereby it is what it is.” Locke. It is an ancient scholastic word, which cannot be really defined, and should be banished from use. [W. S. Jevons, Elementary Lessons in Logic, 1870: 335]

Well I was interested in this and so I started hunting up the term “essentialism”, and oddly it has no great history itself. Apart from a usage in education (essentialism is the claim there are essential things that must be educated, what we now call the canon), it was used shortly after Popper in a philosophical sense in a paper on aesthetics in 1948 (Gallie 1948). These are the two earliest versions I can locate. Here’s the Ngram for “essentialism”:

It gets used – apart from a small spike around 1900 – beginning in 1939. Much of this will be in the logic literature, where it gets discussed in questions of modality, until it becomes more widely used in philosophical literature. And it really picks up after Mayr’s book in 1982.

But the standard definition, and the one that ties it to Aristotle, seems to be one of the most widely read and cited philosophy papers of the century: Quine’s “Two Dogmas of Empiricism”. Quine is attacking a particular theory of meaning:

The Aristotelian notion of essence was the forerunner, no doubt, of the modern notion of intension or meaning. For Aristotle it was essential in men to be rational, accidental to be two-legged. But there is an important difference between this attitude and the doctrine of meaning. From the latter point of view it may indeed be conceded (if only for the sake of argument) that rationality is involved in the meaning of the word ‘man’ while two-leggedness is not; but two-leggedness may at the same time be viewed as involved in the meaning of ‘biped’ while rationality is not. Thus from the point of view of the doctrine of meaning it makes no sense to say of the actual individual, who is at once a man and a biped, that his rationality is essential and his two-leggedness accidental or vice versa. Things had essences, for Aristotle, but only linguistic forms have meanings. Meaning is what essence becomes when it is divorced from the object of reference and wedded to the word.

A commentator of Quine (White 1972) noted that it is unremarkable that Quine did not cite any text of Aristotle in support of this interpretation, since it is only tenuously connected to anything Aristotle wrote. Quine later gave a technical definition (Quine 1953):

. . . Aristotelian essentialism. This is the doctrine that some of the attributes of a thing (quite independently of the language in which the thing is referred to, if at all) may be essential to the thing and others accidental. E.g., a man, or talking animal, or featherless biped (for they are all the same things), is essentially rational and accidentally two-legged and talkative, not merely qua man but qua itself. More formally, what Aristotelian essentialism says is that you can have open sentences – which I shall represent here as ‘Fx’ and ‘Gx’ – such that

such an object x being the number (by whatever name) which is variously known as 9 and the number of the planets.

This introduces the modal necessity version (the “necessary” of the necessary and sufficient definition). What is interesting is that this seems to be the very first use of “Aristotelian essentialism”, and while that’s just a phrase I can’t find much else that marries scientific essentialism with Aristotle. I may be wrong about that, but it looks like one of the preoccupations of modern philosophy of science is no older than the early 1950s, not much older than I am. Here’s the Ngram for the phrase:

I can’t find out what the blip around 1900 is. However it is pretty clear that Aristotle was not seen to be a scientific essentialist before Quine’s essay, even if Quine did not think that he was. I suspect that this was inadvertent, and Quine’s status as a philosopher led others to think that this was correct, when in fact it was not the kind of essentialism Aristotle actually held. He thought essences were, as Quine noted, about words, not objects:

I want to claim here that Aristotle’s grasp of modal notions, and of the use of modal operators, is such that he could not clearly express the Quinian distinction between essential and non-essential attributes of a sensible particular. [White, p60. White’s argument is subtle, and has to do with the role sensible particulars play in Aristotle’s metaphysics and epistemology, that is not relevant here.]

In conclusion, I think that the notion of Aristotelian essentialism is a mistake based on a casual reading of various philosophers, including (as I detail in my book) Dewey, logic texts, and Popper, but the particular error of ascribing it to Aristotle is based on Quine’s passing comment. If anyone knows to the contrary, I’d be very pleased to hear of it.

–––. 1988. Science as a process: an evolutionary account of the social and conceptual development of science. Chicago: University of Chicago Press.

Popper, Karl R. 1945. The Open Society and its Enemies. Vol 1, The Spell of Plato. London: Routledge.

–––. 1960. Word and object, Studies in communication. Cambridge: Technology Press of the Massachusetts Institute of Technology. [Contains the “Two Dogmas” paper.]