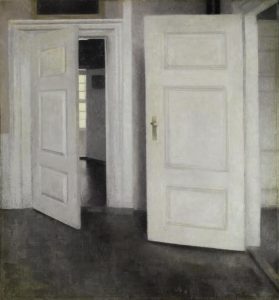 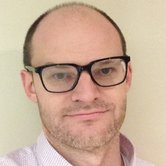 Lately I have been reading Marie Kondo’s The Life-Changing Magic of Tidying Up. I think it is best enjoyed if read as a novel with a classic unreliable narrator; it’s about an obsessive woman who lives in a world where belongings can spark joy but people cannot, and who copes with her alienation by turning it into insistent, relentless advice about folding, sorting, and throwing things away. She is driven by the conviction that an empty room is the prerequisite for a full life — that is, a life devoid of baggage, of emotional connection and sentimental attachments, a life committed entirely and passionately to purging. The high point of her existence, and anyone’s, is the “tidying festival,” a rite of passage by which one can eliminate once and for all as many of the things one has accumulated in life in order to be reborn, newly immersed in the present, living in an immaculate vacuum of one’s own making.

(I am clearly not alone in reading her work this way; Kondo has recently catered to the demand for her style of fiction by writing manga.)

The narrative of Life-Changing Magic is given momentum and affective shape by the way she organizes this tidying festival, peaking with the bonfire of sentimental objects. Then a natural sense of an ending is provided through the extended coda devoted to “storing your things to make your life shine”: We see the restoration of order after the narrator’s re-enactment of her drama of self-evacuation, which was all recounted indirectly under the guise of advising others on how to do it. With everything that remains now assigned its appropriate place, all is resolved, and the world is no longer out of joint. She has achieved “ultimate simplicity.”

Along the way, the book is full of telling, character-revealing asides. There are many nearly disassociative accounts of a lonely childhood (“I filled plastic bottles with water and put them in the toilet tank in a solo ‘water-saving contest’ “; “I would gaze in quiet admiration at the neatly organized contents before going on the next drawer. I would sit on the floor for hours sorting things in the cupboard until my mother called me for supper”; “At home I was always uptight, constantly on the lookout for superfluous things that could be discarded”), secretive sessions of anti-hoarding (“Don’t let your family see” is one section heading), and celebrations of discarding things as an expression of realizing one’s potential. “Tidying is a dialogue with one’s self,” she says — you might even call it a “technology of the self.” You are stronger if you let things go, so the more things you can let go of, the better. “By handling each sentimental item and deciding what to discard, you process your past.” And by processing it, you dispense with it, becoming more like a perfectible thing oneself. (I think social media sharing can work this way: What you post is expunged as much as preserved, and the whole process is often aimed toward self-commodification.)

Kondo devotes lots of time to attesting to the importance of fondling objects — if one doesn’t feel a physical thrill when touching something, one should reject it, especially in the case of books (don’t make the rookie mistake of worrying about what is inside a book when weighing whether to keep one). She seems to express a deep concern with the materiality of objects, with tactility as a primary mode of pleasure, but that is a bit of a feint: Objects “spark” joy not because they have durable, reliable permanence, but because she sees them as combustible, ephemeral, capriciously capable of providing only an instant of satisfaction. In her view, it’s not that people like to touch things, but that objects demand a certain kind of focused handling. In line with this projection of fickleness, she frequently attributes to objects the capacity to feel. “Can you truthfully say that you treasure something buried so deeply in a closet or drawer that you have forgotten its existence? If things had feelings, they would certainly not be happy,” she writes. Her discussion of socks is especially heartrending:

When she pulled open her sock drawer, I could not suppress a gasp. It was full of potato-like lumps that rolled about. She had folded back the tops to form balls and tied her stockings tightly in the middle. I was speechless…. I pointed to the balled-up socks. “Look at them carefully. This should be a time for them to rest. Do you really think they can get any rest like that?”

Folding clothes, it appears, is a critical moment of reciprocity in an otherwise lonely life without emotional connection; it’s “an act of caring, an expression of love and appreciation for the way these clothes support your lifestyle” — a task that demands that we “put our heart into it.” Kondo claims to revel in the “historical moment” when a client’s “mind and the piece of clothing connect.”

(Clothes, apparently, are also nativist and insist on segregation: “Clothes, like people, can relax more freely when in the company of others who are very similar in type, therefore organizing them by category helps them feel more comfortable and secure.”)

Accordingly, Kondo seems to view objects mainly as a source of guilt rather than joy, a source of unending responsibility that can only be terminated by eventually discarding them altogether. But this is also why she implicitly aspires to become a thing; things are allowed to indulge feelings about how they are treated without any guilt; things can’t make any mistakes in how they treat their owners.

For me, Kondo’s advice about photographs in particular made her novel into a parable or fantasy about a digitally driven post-possession lifestyle. “Photographs exist only to show a specific event or time,” she claims. “Unexciting photos of scenery that you can’t even place belong in the garbage. The meaning of a photo lies in the excitement and joy you feel when taking it.” This corresponds to the idea that we take pictures not to document a moment for later but to ritualize it as significant in that very moment we are experiencing it. (Nathan Jurgenson has called this “nostalgia for the present.”) Kondo wants her entire life to unfold that way, with things “sparking joy” in the present moment and then disappearing, having become redundant.

There is something of this sentiment, too, in the following passage from Ilan Stavens’s I Love My Selfie: the idea that we aspire to enshrine spontaneity and vitality through a superfluous act of documentation that brings the present we’re immersed in into focus, giving it a tangible reality and significance:

We don’t use the camera to capture what we see; we invent what we see in order to take a picture. Except that the smartphone camera is, supposedly, a lens through which we capture life as is, unadulterated, in the spur of the moment — life uncontrolled by the eye.

Maybe we once “supposed” that: that taking pictures with your phone was more spontaneous and more directly captured the reality of our experience. But I wonder whether the ease of image post-production (or, as its alternatively called, “augmented reality”) on phones — which started with the rise of Instagram and filtering as a mode of expression — has voided that supposition. Instead phones on cameras have made images into raw material rather than evidence. Photos are no longer documents, and increasingly they no longer refer to “a specific event or time,” as Kondo put it. They are provisional expressions of the self, reshaped however they need to be to serve that end.

It is becoming common sense to regard images shared online as the products of elaborate manipulation, more like language in their malleability. They must be read not as “showing what really happened” but as having been manipulated to convey as clearly as possible the messages they carry with increasingly explicitness — even and especially if that message is “I’m authentic,” or “I really did this.” Conveying a sense of authenticity may require the most painstaking manipulation of all. The distinction between what one hopes to say and what one “really” did becomes besides the point.

If objects are seen only as evidence of something, a souvenir of a feeling, they become unnecessary when any evidence can be manufactured on demand to express the sort of present you wish to be experiencing, that you want people to think you are experiencing. If objects are only good for concretizing the mood of the present, it seems better to make them yourself in the digital medium, where you have the most control over them, to express that mood more concisely, rather than to be at the mercy of material things that already exist, that someone else made.

Kondo is writing a story about that life, a life free of distracting objects and the burden of associations they impose, where instead you just have objects, real or imagined, that only speak of you, and not of any social entanglements or interpersonal responsibilities. They spark the joy of self-importance.