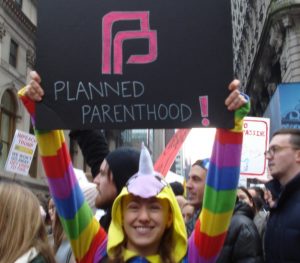 A woman shows her support for Planned Parenthood at the Women’s March in New York City on Jan. 21. Author provided

The defunding of Planned Parenthood is a goal of many in the new administration. Here’s a look at the facts about the group, including the number of people it serves and the services it provides. 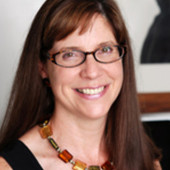 Planned Parenthood has allowed generations of low-income women to survive childbirth, to combat sexually transmitted infections (STIs) and to plan their pregnancies. However, the fact that women live healthier and longer lives is not Planned Parenthood’s ultimate superpower. No, that is reserved for the legions of low-income women, including me, who now have been given the opportunity to dramatically move up the economic ladder and prosper.

For millions of women, Planned Parenthood is at once a symbol of and a means to women’s empowerment. Since the organization helped topple cultural norms that held back women, it’s no surprise that men, many of whom feel excluded from this process, grasp familiar though outdated standards to justify defunding it.

Recently, Republican congressional leadership has tied the defunding of Planned Parenthood (along with the repeal of the Affordable Care Act) to the upcoming budget reconciliation bill, which needs only a simple majority of senators to pass. It is hard to say what will happen next. Although all sides acknowledge the odds favor Republican efforts, they also acknowledge that Planned Parenthood will not go down without a fight.

As a public health researcher with expertise in the social factors that influence disease transmission, especially sexually transmitted infections, I think it’s important to look at the history and the facts about Planned Parenthood. Many lies have been told about it, and it’s important to know the truth.

In 2016, Planned Parenthood celebrated its 100th year of existence. In 1916, Margaret Sanger opened the first Planned Parenthood, a birth control clinic, in Brownsville, Brooklyn to address the hardships that childbirth and self-induced abortions brought to low-income women. She and her colleagues were promptly arrested. 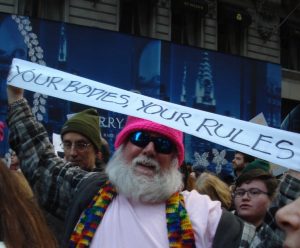 A man shares his views about reproductive rights at the Women’s March. Author provided

So began the many legal and political battles Planned Parenthood has waged over the control of women’s fertility. Yet it was men who had the strongest impact on the social acceptance of birth control at that time. World War I saw the largest global mobilization and deployment of populations in history. Since the populations were almost exclusively young men, this led, not surprisingly, to a massive increase in STIs, then called venereal disease. Suddenly, “birth control” seemed like a really good idea.

In fact, even today the largest percentage (41 percent) of Planned Parenthood’s budget is spent on testing and treating STIs, followed by contraceptive services (31 percent) for both women and men. The number of men who receive services such as testing for STIs and checkups for reproductive or sexual health issues from Planned Parenthood has grown steadily and has increased by almost 100 percent over the past decade.

All of these statistics are buried in data-filled documents that are hard to find and daunting to review. But here are some numbers readily available: In 2014 (the most recent year for which complete data are available) Planned Parenthood operated with a budget of US$1.3 billion, more than 40 percent of which came from the federal government (mostly in the form of Medicaid reimbursements). It provided almost 10 million clinical services to about two and a half million patients, the majority of whom were low-income.

Men have lobbied for the inclusion of men in maternal and child health (MCH) programs. Beginning in 1975, Alan Rosenfield, the former dean of the Mailman School of Public Health at Columbia University, established a series of sexual health clinics in Upper Manhattan, including one of the first “Young Men’s Health” clinics.

However, it was his groundbreaking and oft-cited piece in The Lancet, “Maternal mortality: a neglected tragedy,” that provided influential public support for Planned Parenthood missions to prevent women dying from pregnancy-related complications and the need for family planning.

It is perhaps no surprise that all of this attention on women’s sexual rights, combined with the widespread uptake of oral contraceptives – the “pill,” the first entirely female-controlled method of pregnancy prevention – found Planned Parenthood once again at the center of a firestorm, of which I was blissfully unaware on my first visit to Planned Parenthood.

When I was 14 years old, my mother dropped me off at the local Planned Parenthood and told me she’d be back in an hour. Up until that day, she had been the only person willing to answer the myriad questions about sex posed by her breathless and curious all-girl 4-H club, of which I was a member. (I doubt they would have approved her choice of troop leader topics.) 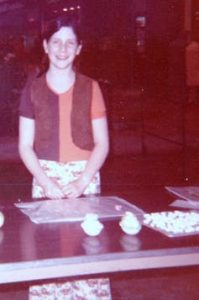 The author as a teenager. Author provided

At the time, filmstrips of Roman gods and goddesses with strategically draped fig leaves passed for sex education at our school. Now, my mother had reached her limit. Despite my delusions of sophistication (I was the recent owner of two-inch heeled, cork-bottomed white clogs), the idea that I would actually have sex with someone – with a man! – was the farthest thing from my mind.

As I headed toward the entrance, head down and slump-shouldered, to attend a real sex education class, I searched for the words and the nerve to announce myself to the receptionist. I didn’t even have to open my mouth. I was whisked away to a room filled with eight other girls. None of us made eye contact, but my eyes were certainly opened that day.

Did I mention that my mother had me when she was 19 years old?

My mother, who was the first in her family to go to college, did not graduate. I have a Ph.D. I was given the privilege to determine the course and timing of my reproductive life. Though not without bumps, reproductive freedom allowed me to pursue academic and professional dreams. This was an opportunity not afforded to my mother, though one she made darn sure that both my sister and I would have.

Over the last decade in the U.S., the number of women attending college has greatly eclipsed the number of men attending. This is true across communities: Among Latinos there is a 13 percent point gap in college enrollment between women and men, among African-Americans a 12 percent gap and among whites a 10 percent gap.

The result is economic independence for women, but at social cost. Highly educated women are being urged to date and marry “down,”given the dearth of equally educated men. This bucks the traditional norm in which the man is the primary breadwinner and the woman is the stay-at-home mom, a philosophy to which research shows both men and women continue to subscribe.

This cataclysmic shift of women’s economic independence, along with rapidly changing demographics in the U.S., has given rise to nostalgia for the “old days” as well as calls to challenge the morality of sexual harassment and discrimination implicitly associated with the old days. Fueling these divergent attitudes is a sense of real frustration on both sides and, perhaps more importantly, an inability to communicate and find common ground.

But there may be ways to take emotion out of the equation, especially for Planned Parenthood. Throughout the history of the organization, men have played an outsized role in support of the Planned Parenthood mission and now make up a larger percentage of patients than ever before.