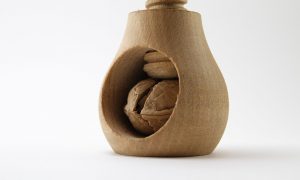 Is consciousness everywhere? Is it a basic feature of the Universe, at the very heart of the tiniest subatomic particles? Such an idea – panpsychismas it is known – might sound like New Age mysticism, but some hard-nosed analytic philosophers have suggested it might be how things are, and it’s now a hot topic in philosophy of mind.

Panpsychism’s popularity stems from the fact that it promises to solve two deep problems simultaneously. The first is the famous ‘hard problem’ of consciousness. How does the brain produce conscious experience? How can neurons firing give rise to experiences of colour, sound, taste, pain and so on? In principle, scientists could map my brain processes in complete detail but, it seems, they could never detect my experiences themselves – the way colours look, pain feels and so on: the phenomenal properties of the brain states involved. Somehow, it seems, brain processes acquire a subjective aspect, which is invisible to science. How can we possibly explain this?

The second problem concerns an apparent gap in our scientific picture of the world. Physics aims to describe the fundamental constituents of the Universe – the basic subatomic particles from which everything is made, together with the laws that govern them. Yet physics seems to leave out something very important from its picture of the basic particles. It tells us, for example, that an electron has a certain mass, charge and spin. But this is a description of how an electron is disposed to behave: to have mass is to resist acceleration, to have charge is to respond in a certain way to electromagnetic fields, and so on. Physics doesn’t say what an electron, or any other basic particle, is like in itself, intrinsically. And, arguably, it never could, since its conceptual resources – mathematical concepts, together with the concepts of causation and spatiotemporal position – are suitable only for describing structures and processes, not intrinsic qualities. Yet it is plausible to think that particles can’t just be collections of dispositions; they must have some intrinsic categorical properties that give rise to their dispositions.

Here, some philosophers argue, there is scope for an exciting synthesis. Maybe consciousness – the elusive subjective aspect of our brain states – is the ingredient missing from physics. Perhaps phenomenal properties, or ‘proto-phenomenal’ precursors of them, are the fundamental intrinsic properties of matter we’re looking for, and each subatomic particle is a tiny conscious subject. This solves the hard problem: brain and consciousness emerge together when billions of basic particles are assembled in the right way. The brain arises from the particles’ dispositions to interact and combine, and consciousness arises from what the particles are like in themselves. They are two sides of the same coin – or, rather, since on this view consciousness is the fundamental reality underlying physical reality, brains are manifestations of consciousness. As it holds that there is a single reality underlying both mind and matter, panpsychism is a form of monism. The label ‘Russellian monism’ is sometimes used for it and closely related positions, because Bertrand Russell proposed similar ideas in The Analysis of Matter (1927).

Panpsychism also promises to solve another problem. It seems obvious that conscious experiences affect how we behave. Yet it looks as if science will be able to explain our behaviour entirely in terms of brain states, without mentioning consciousness at all. So something seems to get left out here. But if panpsychism is true, then this problem disappears. For brain science is, albeit indirectly, mentioning consciousness when it gives explanations in terms of brain states, since consciousness is just the intrinsic aspect of those states.

A related problem concerns conscious subjects. It’s plausible to think that there can’t be conscious experience without a subject who has the experience. I assume that we and many other animals are conscious subjects, and panpsychists claim that subatomic particles are too. But is that it? Are there any intermediate-level conscious subjects (molecules, crystals, plants?), formed like us from combinations of micro-subjects? It’s hard to see why subjecthood should be restricted to just subatomic particles and higher animals, but equally hard to think of any non-arbitrary way of extending the category.

Despite these problems, many people feel that panpsychism offers the best hope of cracking the hard problem. The philosophers David Chalmers, Galen Strawson and Philip Goff, among others, have defended versions of it, and there is a lively ongoing discussion of the problems it faces and the best way to respond to them in contemporary philosophical books and journals. Is it the bold move we need to make progress on consciousness?

I remain unpersuaded, and I’m not alone in this. Even if we accept that basic physical entities must have some categorical nature (and it might be that we don’t; perhaps at bottom reality is just dispositions), consciousness is an unlikely candidate for this fundamental property. For, so far as our evidence goes, it is a highly localised phenomenon that is specific not only to brains but to particular states of brains (attended intermediate-level sensory representations, according to one influential account). It appears to be a specific state of certain highly complex information-processing systems, not a basic feature of the Universe.

Moreover, panpsychism gives consciousness a curious status. It places it at the very heart of every physical entity yet threatens to render it explanatorily idle. For the behaviour of subatomic particles and the systems they constitute promises to be fully explained by physics and the other physical sciences. Panpsychism offers no distinctive predictions or explanations. It finds a place for consciousness in the physical world, but that place is a sort of limbo. Consciousness is indeed a hard nut to crack, but I think we should exhaust the other options before we take a metaphysical sledgehammer to it.

So I’m not a panpsychist. I agree with panpsychists that it seems as if our experiences have a private, intrinsic nature that cannot be explained by science. But I draw a different conclusion from this. Rather than thinking that this is a fundamental property of all matter, I think that it is an illusion. As well as senses for representing the external world, we have a sort of inner sense, which represents aspects of our own brain activity. And this inner sense gives us a very special perspective on our brain states, creating the impression that they have intrinsic phenomenal qualities that are quite different from all physical properties. It is a powerful impression, but just an impression. Consciousness, in that sense, is not everywhere but nowhere. Perhaps this seems as strange a view as panpsychism. But thinking about consciousness can lead one to embrace strange views.