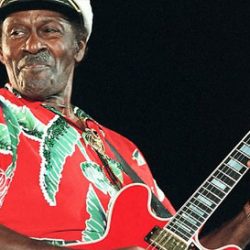 Chuck Berry in 2014 performing “Johnny B. Goode.” By Mark Frauenfelder / 10.21.2016 John Lennon said “If you tried to give rock and roll another name, you might call it ‘Chuck Berry.’” The man whose name is synonymous with rock and roll just turned 90, and he announced today that he will be releasing his[…] 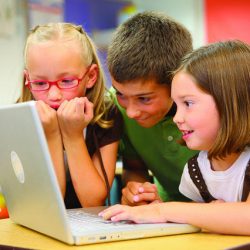 Parents should be involved in their children’s use of electronic devices. / Shutterstock By Dr. Jenny Radesky / 10.21.2016 Associate Professor of Pediatrics University of Michigan Any time a new technology is introduced, it disrupts values, routines and behaviors. This goes back well before the printing press replaced oral histories or the telephone replaced face-to-face[…] 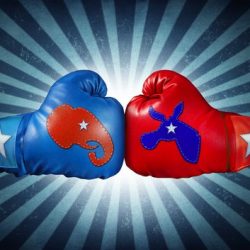 By Scott Crass / 10.21.2016 Joke of the Day: Evan McMullin has pulled into a three-way with Clinton and Trump in Utah. That’s the only time you’ll ever hear the terms “Utah,” and “three-way” in the same sentence. – Comedian Jimmy Fallon When it comes to closely contested states at the Presidential level, all cycles[…]