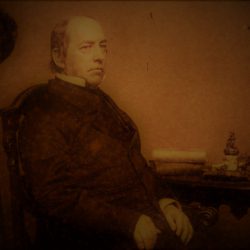 Chase continued to pursue the presidency, seeking the Democratic nomination in 1868 and the Liberal Republican nomination in 1872. Introduction Salmon Portland Chase (January 13, 1808 – May 7, 1873) was a U.S. politician and jurist who served as the sixth Chief Justice of the United States. He also served as the 23rd Governor of Ohio, represented Ohio in[…] 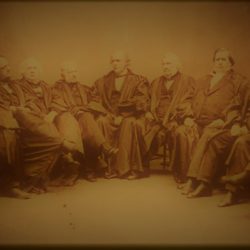 The Court was a ‘partisan creature’ and President Lincoln and the Republican Party remade it so that it reflected the party’s priorities. Introduction History shows that political contests over the ideological slant of the Court are nothing new. In the 1860s, President Abraham Lincoln worked with fellow Republicans to shape the Court to carry out[…] 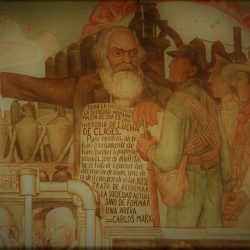 In an overwhelming and crowded composition, Rivera represents pivotal scenes from the history of the modern nation-state. How Is History Told? Typically, we think of history as a series of events narrated in chronological order. But what does history look like as a series of images? Mexican artist Diego Rivera responded to this question when[…] 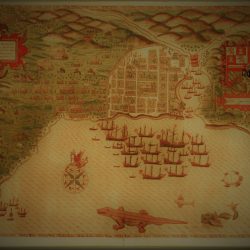 The European invasion and colonization of the Americas was launched in 1492 from Hispaniola. Introduction In the Lázaro Galdiano Museum in Madrid, a small painting shows Saint Christopher presenting Christopher Columbus to the Virgin Mary and Christ child. Columbus wears a gold-braided waistcoat inscribed with the Spanish heraldic motto of “Plus Ultra” (“Further beyond”—a Latin[…]