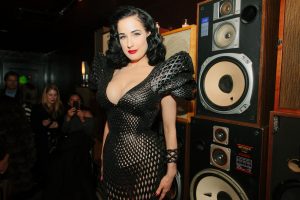 Various manufacturing industries from prosthetics to car parts are now widely using 3D printing in their production processes. They use it for producing prototypes and samples and for mass manufacturing, since you can easily change the size, colour and shape of an object on a computer at no extra cost.

But one industry where 3D printing has great potential that has yet to be realised is fashion. From mass-market production to running off customised garments to pick up in shops or have delivered to the home, this could be the fashion statement of the future. We have already seen examples on the catwalks, starting three years ago with Dita Von Teese, the burlesque dancer, modelling the first fully 3D-printed dress in New York – but we have yet to see anything on the high street.

One major problem has been with the materials. The synthetic materials that are commercially available at present for 3D printing, such as polylactic acid, are not comfortable or flexible enough for clothing. They print as solids that don’t have the spaces to let air pass in and out that you get in conventional fabrics. This means they don’t absorb body moisture and they are neither breathable nor drapeable. Beyond the materials, more work also needs to be done to understand how to make designs with good drapeability and translate them into wearable clothes.

There is much potential in a technique for making garments called 3D additive printing, which builds up objects by printing one layer after another. But one study in 2014 concluded there was still much needing considered when it came to modelling and design software and design procedures; and that 3D garments may need to undergo finishing processes to improve their aesthetics.

Another promising avenue is producing garments that combine 3D-printed panels with traditional textiles – these are both appealing in themselves and easier to develop while researchers work on the problems with fully printed garments. One challenge here is to make clothes where the panel is sufficiently well attached that it doesn’t come off after repeated wearing and washing. A study in 2015 recommended more research into whether you can improve the adhesiveness of panels by fine-tuning the printing parameters. 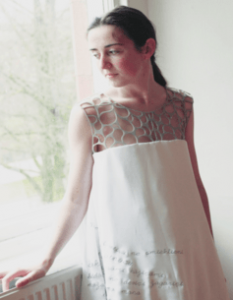 I recently co-published research comparing 3D printed panels with conventional fabric panels curved around the body for the neckline and armholes and turned out to be strong enough to withstand the weight of the long length of the lower part of the garment.

We printed with a polyurethane polymer that was sufficiently flexible that it could have similar uses and characteristics to conventional panels, and could therefore potentially be a viable substitute. Having said that, the texture of our panels meant we couldn’t sew them to garments in the way that you would with a traditional panel, so we had to come up with an alternative. We neatened the dress seams and melted the 3D-printed panel on to the fabric, which actually turned out to be more aesthetically appealing than panels that are sewn on. 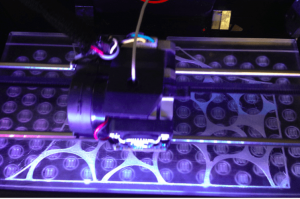 I should emphasise that the way we created the panels does not really reflect the process that would be used in an industry setting for large volumes of garments. This meant it wasn’t possible to properly compare production times and costs for the product. The cost of materials per panel was £8.70, which may be fine for producing samples but would presumably have to be substantially reduced through economies of scale to make the process commercially viable.

On the other hand, we found important advantages: as well as removing much of the labour costs in the traditional process, we also eliminated waste by being able to print the exact size of panel for each garment. Product quality will also improve, since 3D printing will eliminate the occasional human error that creeps into traditional garment manufacturing.

While 3D printing in fashion might still be at the conceptual stage, I remain optimistic that this will be a major opportunity for retailers in future – both high-end and mass market. Overcoming the materials problem is the biggest obstacle. We have shown that you can use a flexible polymer as a printing material, but industry needs a range of other new materials that are comfortable to wear.

The other challenge is to develop a specialised printer for fashion garments that can automatically print fabrics that allow air to pass through them like conventional yarns do. In all these areas, there’s a role for researchers to help fill in the blanks. Too few studies have taken place to date. If and when we succeed, and I would estimate it might take five to ten years, clothing retail may look entirely different to how it does today.