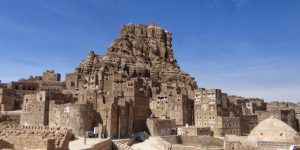 The Rise of Yemen 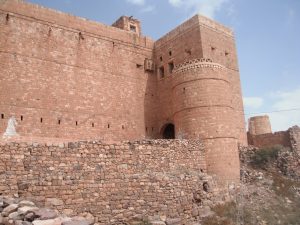 The wall and talus at barāqish / Creative commons

Yemen is the state occupying the southwestern part of the Arabian Peninsula. Because of the extensive desert in the interior of the peninsula, Yemen has undemarcated borders with Oman to the east and Saudi Arabia to the north. The western and southern borders are marked by the coast, running along both the Red Sea and the Gulf of Aden. Trade characterized the history of early Yemen. The harsh climate and the generally unproductive nature of much of the interior meant that most of Yemeni culture and history was focused on a comparatively narrow coastal strip. However, some highland areas were important economically and were settled from an early period. Recent discovery of megaliths on a coastal plain at al-Tihamah indicate that even marginally habitable desert regions of Yemen were occupied perhaps as long ago as 2400 BCE However, it was not until some centuries later that a number of powerful, independent city-states emerged in the area. The basis of these states was the local monopoly control of frankincense and myrrh and the command of the spice trade from South Asia, which resulted from knowledge of wind conditions. Both myrrh and frankincense are derived from gum resins, obtained by removing the bark from a portion of a tree and allowing the resin to extrude and harden.

Monopolization of the Spice Trade

From the seventh century BCE caravans took the myrrh and frankincense along land routes to Ctesiphon, Syria, and the Mediterranean cities. The biblical queen of Sheba was located in Yemen, an area later known by the Romans as Arabia Felix—“fortunate Arabia.” In addition to the Sabaean or Sheba state, there were also the Minaean and the Himyarite states. These states also had access to eastern Africa and traded into luxury items such as ostrich plumes. The wealth that these various items produced meant that from approximately 1200 BCE to 255 CE they were famous throughout the Mediterranean world. Inevitably, wealth stimulated desire and a number of attempts were made to dominate the region from the outside. The most well known of these attempts was by the Romans, and eventually Arabia was annexed by Trajan, who redirected maritime trade to the west coast of the Red Sea. Further, Roman sailors discovered the knowledge of the winds, and monopolization of the spice trade by Yemenis ended. Both Greeks and Romans had already managed to source their own trade goods through the Yemeni port of Muza, which is now lost. Independent, wealthy Yemeni states were no longer possible. The great engineering projects began to fail as falling incomes meant lower revenues for public works. Symbolically, the Ma’rib Great Dam failed in 525, victim of the failure to reinforce its structure.

Yemen Until Its Fall under Arabian Rule 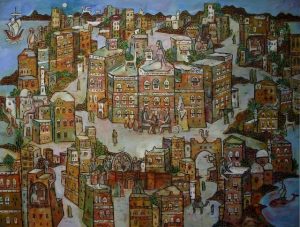 Yemeni people were a mixture of Jewish and Christians by this time, together with a mixture of adherents of indigenous beliefs. The last Himyarite king, Dhu Nuwas (Yusuf Asaf Yathar), converted to Judaism and subsequently ordered a massacre of Christians. Survivors called for help from the Byzantine emperor in the name of the Aksumite Christians of Yemen. This enabled the Aksumites to dominate Yemen and even threaten to control the area around Mecca and Medina. In return, Himyarites called the Persian Empire for help, which led to the absorption of Yemen into Persia. Subsequently, Yemen came to be governed by the Umayyid caliphate in Damascus and afterward by the Abbasid caliphate in Baghdad. 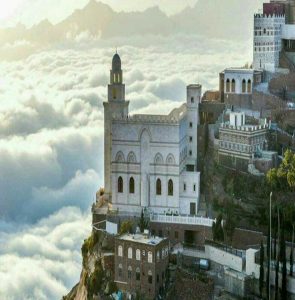 Islamization of Yemen occurred rapidly but has become a controversial subject among Islamic societies and their scholars, many of whom have little interest in pre-Islamic history and in some extreme cases have inhibited research into the subject. The Yemeni people enthusiastically embraced Islam, and the early conversion of the state is remembered as a matter of considerable pride.