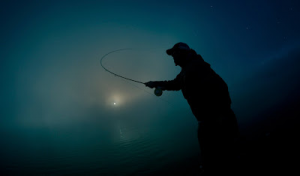 In January last year, I visited Mullaitivu. Since it was after dusk, I decided to find lodging just for one night. During the day, I had the opportunity of listening to the horror stories of local Tamils who were caught in the final onslaught on Mullivaikkal and the alleged massacre of civilians in the government’s bid to decimate the LTTE, and institute its writ over the whole country.

The horrors of that war, conducted in secrecy without any witnesses, is now an open truth shouted out from the rooftops. Then, and even now it is considered a success story from a military and patriotic perspective, and a quintessential lesson in counter-insurgency, which the then government was eager to trade as an export commodity.

However, since May 2009 – Nanthikadal, Mullivaikkal, and Pudu Mathalan – these ordinary names and their semantics have assumed Holocaust-proportion. Yet, the human depravity that produced such horrors have been obscured in the tribal triumphalism of war, while the abominable human sacrifice still remains buried deep down in the sands of Mullivaikkal and the blood-stained waters of Nanthikadal lagoon.

So, on the day I was in Mullaitivu, I ventured out into the moonlit night just before midnight. I drove over the Nanthikadal causeway into Mullivaikkal, while the whole region lay asleep in a shroud of tranquility. On my return, I chanced upon a young fisherman on the bridge, and, after exchanging pleasantries, he invited me for a “chat” while he engaged in casting his net for prawns.

Invariably, our conversation veered towards the inevitable: he recounted the tragic events of 2009, and listed more than a dozen names of relatives and friends he had lost in the final days of the war. Yet, I realized that he had an exuberant disposition and a deep yearning for peace with justice and dignity. He believed that justice could reach them only when politicians on both sides of the equation had political and moral honesty in their hearts. I agreed.

Then, when I was about to leave, pointing at the moon and the gurgling water under the bridge, he suddenly posed this puzzling question: “where on earth will you find a sublime night like the one the two of us are blessed with tonight?” It had a tinge of intrigue – a spectral quality, perhaps – that I could not frankly grasp.

The poem below is the result of my encounter with this young fisherman.

And the moon sheds a drop of blood
And then he appears on the Nanthikadal bridge,
dressed in white shirt and sarong, holy ash on forehead
reminding of cartwheel ruts on gravel paths in the monsoon –
an indelible branding of culture, one may say!

An accidental encounter that’s likely
when one takes a chance and steps into the night.
Wafer-thin moon suspended in the leaden sky
like a communion tablet ready for consecration.

We stop, where the bridge is widest.
His lantern’s faint light reflecting on the palmyrah basket;
fishing net, cutting knives, and tea in a flask;
and fresh betel for chewing

The military searchlights probe the night,
harsh shafts of white, gyrating – schizophrenic!
Yet, not a shred of fear in my bones
– I’m a southern guest at the army lodge –
camouflage-fence smelling of fresh paint.

Join me Sir, if you have time, he invites,
placing his basket and the lantern on the ground.
I grab his offer, settling on the asphalt ledge;
dangling feet slicing the foam-white spray beneath

With the proverbial fisherman’s grit,
he plunges himself neck-deep into the moon-smudged water,
adjusting the lantern, unravelling the net,
peering into ripples and swirls. Mushroom-net flying in the air,
slapping the face of the water on its return.

Take a look at this! He thrusts his hand towards my face suddenly,
his fist crawling with prawns; his first catch
within the first hour past midnight. Bending down,
I inhale a lungful of the crustaceans’ last dying salty breath.

The lantern’s light now dances on his face feverishly
and then, I see him face to face … yes, face to face!
his eyes – glassy and lidless – unblinking.
In the month of May, prawns die in thousands Sir, you know!

His murmuring voice fades as the wind begins to howl.
Tomorrow, let’s have supper, you and I, just beyond the marsh;
but don’t forget to bring a pickaxe, shovel and a hoe.
we have a lot of digging to do!

Then, suddenly I lose him to a freak swirl, corkscrewing,
dragging him down … down … down to the bottom
the bridge turns into quick sand, roots grow out of my feet,
and the moon sheds a drop of blood!