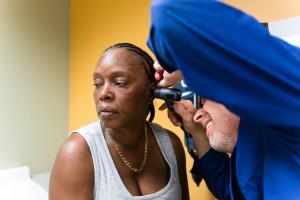 Tracy Young, 50, gets her ears checked by Brian Schlesinger, a physician’s assistant, during her physical exam at the San Fernando Mental Health Center in Granada Hills, Calif., on Monday, February 8, 2016. (Heidi de Marco/KHN)

Even on her worst days, Tracy Young goes to her appointments at the San Fernando Mental Health Center. The counseling and medication, she says, keep her depression and schizophrenia at bay.

Young isn’t nearly as religious about her physical health, despite painful arthritis, a persistent backache and a family history of cancer. Until this month, she hadn’t seen a medical doctor in more than three years.

People with severe mental illnesses are more likely to die prematurely than those without, and it’s often from treatable chronic diseases — in part because many, like Young, don’t receive regular medical care. They may be uninsured or unable to find doctors who take their insurance. They may be reluctant to seek care in traditional medical offices because of stigma or discrimination.

Even when they do have medical appointments, their doctors rarely communicate with their mental health providers. Experts said the lack of coordination can lead to medication problems, higher health costs and gaps in care.

Now, though, providers are beginning to bridge the gap between medical and mental care, forming partnerships aimed at improving patients’ physical and mental health, and reducing costs at the same time. Such holistic projects are underway in numerous states, including California, New York, Washington, and Florida.

The increased collaboration is driven in part by the Affordable Care Act, which made more people eligible for mental health services and funding for improving coordination of care.

The integration of physical and mental health was declared a priority by the federal Substance Abuse and Mental Health Services Administration, which has awarded $150 million in grants for that purpose since 2009. The grants are specifically intended to bring medical services into mental health clinics. 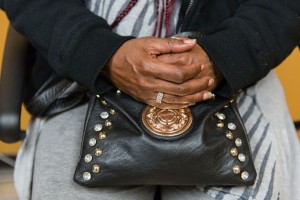 Numerous studies have shown the effectiveness of bringing behavioral services into primary care practices. But there isn’t as much research on doing it the other way around, as in the case of San Fernando Mental Health Center.

A review by the RAND Corporation of 56 such programs around the country showed that patients who received primary care at mental health sites had better diabetes and hypertension control. People with obesity and those who smoked did not show improvement.

So far nearly 190 organizations have received one of the federal grants. They include groups such as LifeStream Behavioral Center in Florida, the Institute for Family Health in New York and Tarzana Treatment Centers in Southern California.

“If you are anxious and using smoking as a coping mechanism, [providers] really have to address the anxiety as well as the smoking cessation and education,” Little said.

Linda Rosenberg, president and CEO of the National Council for Behavioral Health, said it’s often difficult for people with mental illnesses to get to a physician. They may be poor, homeless or live chaotic lives. The mental illness itself may thwart their motivation. 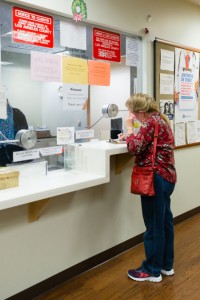 “The best place to get their physical health care is the place where they are getting psychiatric care,” Rosenberg said. “They want the same things we do — they want convenience.”

The council assists organizations that want to coordinate health care. Often, Rosenberg said, integration starts with placing the primary care and mental health providers in the same office. But it can’t stop there:  To have an impact, they need to plan and deliver care in a coordinated way, she said.

Tarzana Treatment Centers used its federal grant, about $400,000, to start a partnership last year with Los Angeles County’s San Fernando Mental Health Center. Since September, about 180 patients have been seen there.

Richard Franco, a Tarzana Treatment Centers nurse, helps direct the collaboration. For many of the patients, he said, physical and mental health issues are closely linked.

A significant correlation exists, for example, between chronic illnesses and serious depression. Major depressive disorder is found in 40 percent of cancer victims, 27 percent of diabetes patients, and 17 percent of people with heart disease, according to the Centers for Disease Control and Prevention.

Lisa Wong, a district chief with the LA County Department of Mental Health, said the partnership is enabling clients with untreated chronic diseases such as diabetes and high blood pressure to begin getting care. “We get to close the loop,” said Wong, adding that she hoped to see it expand to other county mental health facilities. 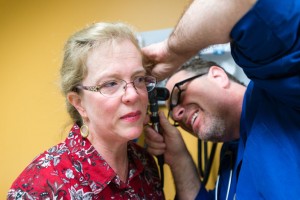 Eileen Bachemin, who suffers from depression, said she occasionally has breakdowns that leave her disoriented, unsteady on her feet and exhausted for weeks or months at a time. “It’s like I am in a cloud,” the 50-year-old said. “I get bogged down and can’t take in any information.”

Bachemin said she spent years without insurance and went to the emergency room anytime she needed to see a doctor. The lobby was always chaotic and she had to wait several hours.

“There were babies crying, people in wheelchairs,” she said. “I felt everything they were feeling. I felt the weight of the world.”

When Bachemin’s psychiatrist told her she could get medical care in the same office where she visited him, she eagerly agreed to do so.

“It’s much more relaxing,” she said. “I feel comfortable here.”

Tracy Young, the patient with schizophrenia and depression, saw a physician assistant, Brian Schlesinger, for the first time this month. Young, 50, already takes two buses to get to the San Fernando center to see her psychiatrist and said she was relieved not to have to go elsewhere for medical attention.

“Everything is right here for me,” she said.

As Young sat on the exam table, Schlesinger checked her breathing and asked several questions. She told him she had trouble sleeping, has smoked for 35 years, and that her legs swell up and hurt when she walks.

“Any chest pain, shortness of breath, headaches?” he asked.

“I have headaches — pounding,” she said. “I have a headache right now.”

“That’s why I came here,” she replied, explaining that she hadn’t had a medical test in three years. “I need you to tell me that.”