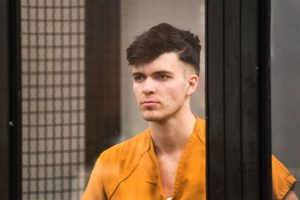 The 20-year-old man charged in Orange County with killing a gay Jewish college student earlier this month is said to have belonged to Atomwaffen Division, a neo-Nazi group. 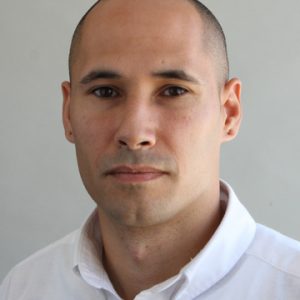 The California man accused of killing a 19-year-old University of Pennsylvania student earlier this month is an avowed neo-Nazi and a member of one of the most notorious extremist groups in the country, according to three people with knowledge of the man’s recent activities.

The man, Samuel Woodward, has been charged in Orange County, California, with murdering Blaze Bernstein, who went missing in early January while visiting his family over winter break. Prosecutors allege that Woodward stabbed Bernstein more than 20 times before burying his body in an Orange County park where it was eventually discovered. The two men had attended high school together.

Woodward, 20, is set to be arraigned on Feb. 2 and has not yet entered a plea. Orange County prosecutors say they are examining the possibility that the killing was a hate crime — Bernstein was Jewish and openly gay — and some recent news reports have suggested that the alleged killer might hold far-right or even white supremacist political beliefs.

Now, three people with detailed knowledge of Woodward’s recent past have been able to shed more light on the young man’s extremist activities. They said Woodward was a member of the Atomwaffen Division, an armed Fascist group with the ultimate aim of overthrowing the U.S. government through the use of terrorism and guerrilla warfare.

The organization, which celebrates Hitler and Charles Manson, has been tied to four other murders and an elaborate bomb plot over the past eight months. Experts who study right-wing extremist movements believe Atomwaffen’s commitment to violence has made it one of the more dangerous groups to emerge from the new wave of white supremacists.

Two of the three people who described Woodward’s affiliations are friends of his; the other is a former member of Atomwaffen Division.

ProPublica’s revelations about Woodward’s background add a new element to a murder case that has attracted considerable local and national news coverage. But they also raise fresh concerns about groups like Atomwaffen Division, shadowy outfits of uncertain size that appear capable of genuine harm.

Woodward joined the organization in early 2016 and later traveled to Texas to attend Atomwaffen meetings and a three-day training camp, which involved instruction in firearms, hand-to-hand combat, camping and survival skills, the former member said. ProPublica has obtained photographs of Woodward at an outdoor Atomwaffen meeting in the scrubby Texas countryside. One of the photos depicts Woodward and other members making straight-armed Nazi salutes while wearing skull masks. In other pictures, Woodward is unmasked and easily identifiable.

The young man is proficient with both handguns and assault rifles, according to one person who participated in the Texas training and watched him shoot. That person also said that Woodward helped organize a number of Atomwaffen members in California.

Social media posts and chat logs shared by Woodward’s friends show that he openly described himself as a “National Socialist” or Nazi. He “was as anti-Semitic as you can get,” according to one acquaintance.

Woodward told police Bernstein had tried to kiss him while they were in the park, according to a sealed affidavit obtained by the Orange County Register.

Woodward’s defense lawyer, Edward Munoz, did not immediately respond to a request for comment.

On Wednesday, Bernstein’s parents spoke to reporters about the loss of their son, but said they were not interested in talking about any information they had on the investigation of his death.

The Los Angeles Times quoted his mother, Jeanne Pepper Bernstein, as saying she had worried during her son’s life that he might be a target — because he was small, and Jewish, and gay.

“I was concerned sending him out into the big world,” she said. “But at some point you have to let go and they leave the nest and fly. I couldn’t protect him from everything.”

Atomwaffen started in 2015 and is estimated to have about 80 members scattered around the country in small cells; the former member said the group’s ranks have grown since the lethal and chaotic “Unite the Right” rally last summer in Charlottesville, Virginia.

While many of the new white extremist groups have consciously avoided using Nazi imagery, Atomwaffen has done the opposite. The name can mean “Atomic Weapons” in German, and the organization embraces Third Reich iconography, including swastikas, the Totenkopf, or death’s head insignia, and SS lightning bolts. The group frequently produces YouTube videos featuring masked Atomwaffen members hiking through the backcountry and firing weapons. They’ve also filmed themselves burning the U.S. Constitution and setting fire to the American flag at an Atomwaffen “Doomsday Hatecamp.”

Atomwaffen’s biggest inspiration seems to be James Mason, a long-time fascist who belonged to the American Nazi Party and later, during the 1970s, joined a more militant offshoot. During the 1980s, Mason published a newsletter called SIEGE, in which he eschewed political activism in favor of creating a new fascist regime through murder, small “lone wolf” terror attacks, and all-out war against the government. Mason also struck up a friendship with the late Charles Manson, who has become another hero for Atomwaffen.

The organization first gained a measure of national attention in May of last year, when 18-year-old Devon Arthurs, one of Atomwaffen’s founding members, was charged in state court in Tampa, Florida, with murdering two of his roommates, Andrew Oneschuk, 18, and Jeremy Himmelman, 22. Both victims were Atomwaffen loyalists.

The murders allegedly occurred after Arthurs traded Nazism for radical Islam. When police took Arthurs into custody, according to news accounts based on police reports, he claimed he had shot his former comrades because they had taunted him about his Muslim faith and plotted violent attacks to further their fascist agenda. Arthurs told investigators he killed Onsechuk and Himmelman “because they want to build a Fourth Reich.”

While Arthurs initially confessed to the killings, he has pleaded not guilty and the case is ongoing. In early January, a judge ordered a psychiatrist to determine whether Arthurs is mentally competent to stand trial.

When law enforcement searched the apartment in Tampa, Florida, where Arthurs and the others lived, they found firearms, a framed photograph of Oklahoma City bomber Timothy McVeigh, rifles, ammunition, and a cooler full of a highly volatile explosive called HMTD. Investigators also discovered radioactive material in the home.

The bomb-making material belonged to a fourth roommate, Atomwaffen leader Brandon Russell, a Florida National Guardsman. Arthurs told authorities that Russell had been planning to blow up a nuclear power plant near Miami. Earlier this month Russell pleaded guilty in federal district court in Tampa to illegal possession of explosives and was sentenced to five years in federal prison.

Atomwaffen surfaced again in connection with a double homicide in Reston, Virginia, in December 2017. A 17-year-old neo-Nazi allegedly shot to death his girlfriend’s parents, Buckley Kuhn-Fricker and Scott Fricker, who had urged their daughter to break up with him. The accused, who shot himself as well but survived and remains hospitalized, was charged as a juvenile in state court in Virginia with two counts of homicide.

The 17-year-old was a big fan of Atomwaffen and James Mason, according to reporting by the Huffington Post, which examined his social media trail.

The former Atomwaffen member in contact with ProPublica said that the teen was more than a fan: He was in direct communication with the group.

“Their rhetoric is some of the most extreme we have seen,” said Joanna Mendelson, a senior researcher at the Anti-Defamation League’s Center on Extremism. The group, she said, views itself as the radical vanguard of the white supremacist movement, the frontline soldiers of an imminent race war.