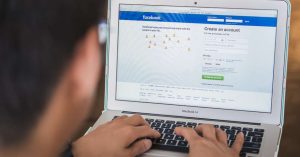 Under a new DHS rule, the social media handles and communications of immigrants, including permanent residents and naturalized citizens, will be included in immigration files. (Photo: StudioEAST/Getty Images)

Freedom of speech advocates are calling a new Department of Homeland Security rule “chilling,” as the department will begin collecting social media communications and data of all immigrants.

The rule, added last week to the Privacy Act of 1974, would allow the DHS to gather “social media handles, aliases, associated identifiable information, and search results” of people with immigration files, as well as “publicly available information from the internet.”

The American Civil Liberties Union issued a statement on the new rule on Tuesday.

“This Privacy Act notice makes clear that the government intends to retain the social media information of people who have immigrated to this country, singling out a huge group of people to maintain files on what they say,” said Faiz Shakir, national political director of the ACLU. “This would undoubtedly have a chilling effect on the free speech that’s expressed every day on social media. This collect-it-all approach is ineffective to protect national security and is one more example of the Trump administration’s anti-immigrant agenda.”

Permanent residents and naturalized citizens would also be subject to the new rule, suggesting that DHS is planning to monitor the social media activity of any U.S. resident who was born outside of the U.S. Anyone who communicates with immigrants on social media would also be affected.

The rule is set to go into effect on October 18, the same day that the Trump administration’s new travel ban will begin affecting citizens of eight countries that the president claims have “sufficient risk factors” to make any travel from the countries dangerous to Americans.

Earlier this year, the DHS began asking for visa applicant’s social media handles going back five years, signaling that it sees social media activity as valuable data when assessing whether a person should be allowed into the U.S.

Adam Schwartz of the Electronic Frontier Foundation told Buzzfeed News, “We see this as part of a larger process of high-tech surveillance of immigrants and more and more people being subjected to social media screening. There’s a growing trend at the Department of Homeland Security to be snooping on the social media of immigrants and foreigners and we think it’s an invasion of privacy and deters freedom of speech.