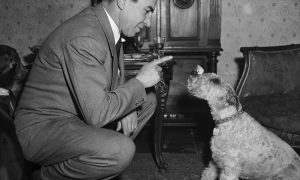 How do we get others to change their minds? That is the question many of us are asking in this polarising social and political climate, where the gulf between some people’s beliefs appears almost insurmountable. But there is a way, based in the academic field of adult learning, that has helped people confront their own biases and find a new perspective.

The key to success is confronting cognitive dissonance, the state of mental discomfort one feels when holding two or more conflicting beliefs or worldviews at the same time. Coming to terms with cognitive dissonance facilitates what the adult learning theorist Jack Mezirow calledtransformational learning – identifying and addressing our biases through action, becoming a bit more tolerant along the way.

The ability to learn in adulthood is supported by the recent finding that the adult brain is much more plastic than we once believed. ‘Although the brain was once seen as a rather static organ, it is now clear that the organisation of brain circuitry is constantly changing as a function of experience,’ wrote the neuroscientists Bryan Kolb, Robbin Gibb and Terry E Robinson in their seminal paper in Current Directions in Psychological Science in 2003. This initial discovery and many subsequent studies have been upending the long-held adage that ‘you can’t teach an old dog new tricks’. In essence, we have a much greater ability to learn in adulthood than we once thought, from learning new skills or knowledge, to the capacity to change one’s social or political worldview.

Likewise, cognitive dissonance has been widely used as a learning tool for adults, particularly as an aid to help students thinking more critically about their larger place in the world. Rachel Panton, an adult learning expert/practitioner and writing coach, sees cognitive dissonance at work when she teaches food memoir to emerging adults at the University of Miami. To help introduce cognitive dissonance around assumptions about their own culture, she has students investigate the socio-economic, political and historical contexts of the food they consider ‘American’, such as hot dogs and apple pie. She sees her white American students initially resisting their ties to ethnic foods, but ultimately, through research and discussion that provokes cognitive dissonance, many of them come to realise that their diets can be seen to be as foreign as the food associated with Americans of colour, including Chinese food and soul food. ‘So when we start to investigate the context of the foods that they eat and how much of it is foreign to their international student peers, or even other ethnic groups within the US, they begin to realise their own identities as European Americans instead of just “normal American diets”,’ Panton explained.

But we also see transformation through cognitive dissonance in everyday life. In February 2017, STAT reported on the Iraqi-born cardiologist Chalak Berzingi and his clinic in a small, overwhelmingly conservative town in West Virginia. The journalist Max Blau describes the positive relationship between Berzingi and Eugene Smith, 57, unemployed due to ill-health, and a self-described Trump supporter. ‘I feel for people like him … That makes me feel bad his family can’t come over here,’ Smith said. ‘I know they’re not all terrorists … I don’t know how we can weed out the bad from the good. That’s our problem.’

These statements show cognitive dissonance at work. Smith is thinking still of ‘other’ Muslims as either ‘good’ or ‘bad’ but, through his interactions with Berzingi, he is presented with evidence for creating a new worldview of Muslims as much more similar to himself.

Cognitive dissonance is also at play in works of social commentary across genres, such as the short film Let Me In (2016) featuring Alicia Keys. Here, the singer and her two small children are forced to flee their suburban home in Los Angeles because of fierce fighting across the coifed flower beds and winding streets of their otherwise average US neighbourhood. She and her children leave with little more than the clothes on their backs, and make their way toward the Mexican border.

This fictitious upending of refugee tropes, while obvious, is also arresting. We all recognise the upper-middle-class neighbourhood her character flees from, even if we don’t live there; and we can all imagine firefights in our front yard. Through the juxtaposition, assumptions about refugees are challenged and we are confronted with two conflicting worldviews overlaid: one includes our Western knowledge of middle-class family life; the other consists of our beliefs about refugees.

By conflating US suburbia and Syrian strife, Keys hopes that her audience will better understand the plight of refugees running from violence. Ultimately, she appeals to our pathos to create even more cognitive dissonance – we cannot help but empathise with the plight of her family, and thus we are challenged to rethink our feelings about other refugees too.

So how might we evoke cognitive dissonance to help change others’ minds? As in the examples above, we can connect narrow worldviews to the wider, conflicted world. Showing the humanity and even similarity of groups who are marginalised, for example, can counteract one’s established worldviews. Clashing views of reality might help anyone see the world through new eyes.

The technique even works when we use it on ourselves. First, we must identify our biases in the face of instinctual anger, revulsion or fear. If we can assess where this feeling comes from, and what it is founded upon, then we can train ourselves to respond differently the next time around.

‘We learned from the rapidly changing views on gay marriage that direct personal contact with gay family or friends had the greatest impact on challenging views,’ said Judith Beth Cohen, an adult learning expert at Lesley University in Massachusetts. ‘In this case, cognitive dissonance came from the human contact, which made an abstraction come alive. Given that most new media feeds people what they want to hear, we need ways to get beyond our bubbles and encounter the “other”, not just virtually but in the flesh.’