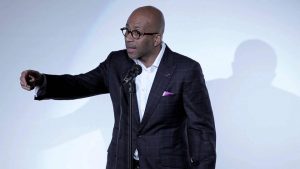 Believe in deeds, not creeds. 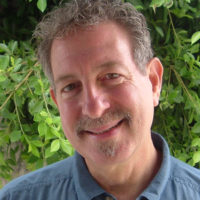 “If we believe in ‘deeds, not creeds,’” says Dr. Anthony B. Pinn, “then Sunday service is the least important time and place for us. What are we doing the rest of the week?”

Dr. Pinn is a professor of humanities and religion at Rice University in Houston, Texas, and, in addition, is director of research for the Institute for Humanist Studies in Washington, D.C. He holds a BA degree from Columbia University and an MDiv and PhD in the Study of Religion from Harvard. Among the more than 35 books he has authored or edited are titles such as When Colorblindness Isn’t the Answer: Humanism and the Challenge of Race; Humanism: Essays in Race, Religion, and Cultural Production; Writing God’s Obituary: How a Good Methodist Became a Better Atheist; and the novel The New Disciples.

A generous Wikipedia entry on Dr. Pinn summarizes his background and principal concerns as a scholar and activist. He also has a site at anthonypinn.com.

We met Dr. Pinn recently at the American Humanist Association Conference in Las Vegas, where he shared a panel with Dr. Juhem Navarro-Rivera on “A Humanist Response to Racial Injustice.”

People’s World: Dr. Pinn, your panel remarks were illuminating and provocative. Can we follow up with a few questions? First of all, anyone looking around the room at the Flamingo Las Vegas could see an almost unanimous row after row of pale faces, and most of them of, shall we say, “retirement age.” That same observation would apply to many organizations among communities who purport to be doing good in the world. Are young people not joiners? And does that apply in any unique way to African Americans or other people of color?

Can you talk about what motivates people to gather anyway? We hear so much about the “Bowling Alone” syndrome—people who enjoy participating in a certain activity but who don’t want to participate in the day-to-day work to keep organizations, committees, clubs, and social centers going.

I can only speculate with respect to your question. I’d say people gather because they seek community, they seek connection—a sense that life is bigger than their individuality. For some, this desire for connection also entails interest in the labor necessary to maintain that community; however, this dimension of work isn’t in place—as you note—for all.

Is there a role for ritual even among groups that formally disavow religion as such?

Let’s not confuse ritual and religion. Religion contains ritual but ritual isn’t reducible to religion (by which we typically mean theism). I would argue ritual is a fundamental human desire—but it can simply entail, as some scholars have noted, structured activities conducted on a regular basis. And so, for instance, the annual meeting of the AHA is a ritualized activity; the various dinners and banquets attended by non-theists are ritual activities.

Do Black Americans see the humanist movement—and by extension other movements where liberals and progressives gather, like the peace movement or the women’s movement—as trustworthy allies?

I can’t speak for all African Americans. However, the low levels of participation in “the” movement—and by humanist movement I assume you mean the more regularly recognized organizations such as the AHA—would suggest an answer to your question.

Some of the rhetoric we hear today asks us all to examine the daily occurrence of “microaggressions” against “despised” groups (people of color, immigrants, women, etc.), even when perhaps in some cases the hurtfulness is unconscious. Clearly, white male “normativity” needs to be challenged. Can they do it on their own, or do they need the guidance of the oppressed groups, and if so, how should that guidance be offered?

Is there hope for integrated movements? Or must we accept that among humanists, as well as in other progressive movements, there have to be separate “safe spaces” for African Americans, for example, or Latinx, or LGBTQ folk, women, or Under 30s?

I think what we need is an appreciation for diversity and recognition that complex and layered issues will require work from various vantage points. And so, rather than wondering if we should have one movement we should look for the most productive points of synergy, solidarity, and collaboration between various organizations.

If almost by definition, social change requires a certain degree of “uncomfortableness” in reassessing the way going forward, is there really any end point given the enormity of historical damage that’s out there?

No, there isn’t. But this isn’t because of the nature of discomfort but rather the nature of injustice. I’m not an advocate of the “outcome driven” approach to social justice. Rather, I want to understand that there is something productive, something life affirming, in our struggle against injustice. There is, and I think the writer Albert Camus is correct on this point, something perpetual about our battle for justice.

Society is constantly evolving and changing. It’s hard to tell right now if the U.S. is progressing forward democratically or reverting to a kind of atavistic frontier gun-drenched chaos. But is the vision some of us hold, for en end to racial, ethnic, national and gender oppression (and we could easily add a few more categories to that), even viable any more, and can it realistically be achieved under capitalism? 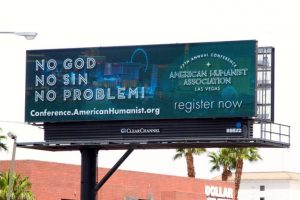 I think it is fairly clear what is happening in the U.S. Democratic values and sensibilities are in peril. In answering this question, I’ll point to what I’ve just said: There is something perpetual about our battle for justice. It is an ongoing “no” to injustice.

What about the social welfare states of Western and Northern Europe? They are not perfect places, of course, but are those fair models for us to work toward?

My approach isn’t outcome driven, as I’ve suggested, and, with that said, the geography you point out is plagued with disregard and the demonizing of difference. That disregard for difference isn’t simply a U.S. problem. Models? Well, there isn’t a society that has progressed beyond some form of disregard. And so, I’m not convinced there is a model to be followed. In terms of models, I’m not certain I’d point to Europe. Instead, I would look to the opportunities and obligations embedded in the best of the U.S. democratic posture toward collective life. We need strategies for struggle that address the nuances of the U.S. context.

Your bio mentions the work you’ve done exploring the connections between humanism and hip hop culture? Does this suggest a way forward, not just for humanism, but for the larger movement for social justice?