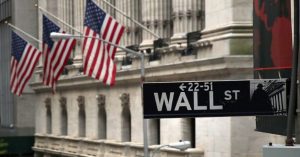 What would companies do with all that money? Here you have it.

The official line from U.S.-based multinational corporations is that if they get a huge tax break, they’ll bring home the trillions of dollars in profits they’ve stashed overseas and use it to hire tons of Americans. (Nearly 3 million, says the U.S. Chamber of Commerce!)

But now that Donald Trump’s election means it might really happen, corporate executives are telling Wall Street analysts what they’ll actually use that money for: enriching their shareholders and buying other companies.

The Intercept’s examination of dozens of earnings calls and investor conference talks since Trump won the presidential election finds that many executives are telling analysts at large banks that they are eager to take the money to increase dividends and stock buybacks as well as snap up competitors. They demonstrate considerably less if any enthusiasm for going on a domestic hiring spree.

Many U.S. multinationals, especially in the technology and pharmaceutical industries, have long resisted bringing their overseas profits back to America — because if they did they’d have to pay taxes on them at the current corporate rate of 35 percent. Their accumulated untaxed foreign profits have now grown to a spectacular $2.5 trillion, an amount equal to about 70 percent of the federal government’s annual budget and 14 percent of the entire U.S. economy.

While running for president, Trump proudly proclaimed that he’d give those corporations a special 10 percent tax rate on that money — not, you understand, for an unpopular reason like making rich people richer, but because it would help regular Americans.

What would companies do with all that money? Doug Holtz-Eakin, a prominent economist who advises multinationals, explained in 2013 that they’d “Invest, expand payrolls and create jobs. … A temporary tax holiday on foreign earnings could add up to $440 billion to the U.S. gross domestic product and create up to 3.5 million jobs.”

Cisco, the California-based IT giant, has $58 billion overseas and has long been one of the most outspoken corporate proponents of a tax holiday. Its previous CEO John Chambers claimed in 2010 that profit repatriation “could be used for creating jobs, investing in research, building plants, purchasing equipment, and other uses.”

But on a November 16 earnings call, Cisco’s CFO Kelly Kramer told securities analyst what the company would actually do with all that money. First it would make changes to its debt structure, and then “we would have a blend of actions we can certainly take with our dividend as well as our share buyback, as well as leading flexibility for us to be able to do M&A and strategic investments.”