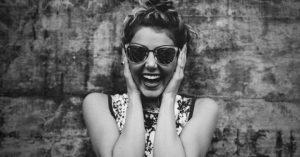 The Acceptance of Being Average

The small Nordic nation of Denmark has international repute as the happiest nation on earth, and not just once, but nearly four years in a row. Denmark topped the United Nations World Happiness Report which surveys 156 countries, in 2013, 2014 and 2016, dropping a few spots to third in 2015. Clearly the Scandinavian nation known for lego, Hans Christian Anderson, top notch food, and artistic homewares is bursting at the seams with contentment.

So, despite the weather and darkness for most of the day during winter, why are the Danes so happy? It could have a lot to do with something called Jante Law.

In short, Jante Law has ten simple rules and they are all about the happy acceptance of being average. And, it seems that the idea of jante has a big part to play in the smiling Danish faces. 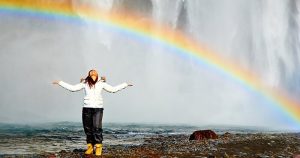 Can we find contentment in being just the way we are? Image by Moyan Brenn.

Unlike highly competitive countries, which have a revealingly low happiness index, average seems to be working just fine for the Danish. It can seem peculiar at best to those of us raised on a diet of high achievement.

From our earliest days we are encouraged to be better than average. Our education system, familial values, economics, corporate world, and society, all proclaim success at any cost. You’re encouraged to talk early, children are put into advanced early learning programs younger and younger, with even toddlers are on a tight study schedule. You only have to attend your child’s sports field on the weekend to witness the parental passion for beating the rest.

Average is most definitely not part of this game. So, why then, do the happy Dane’s hail being average? 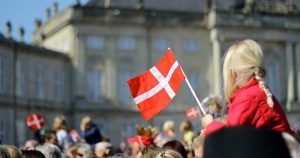 Danish people are happy not to stand out from the crowd.

It is a list of ten simple rules, a bit like the Danish Ten Commandments, which encourage being ordinary. These are the social norms and rules of what is known as Jante Law: 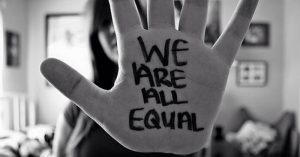 Jante is a list of ten simple rules that encourage being ordinary.

Just as You Are

While to some, this list may sound intimidating, or downright drastic and offensive, it has much merit, and I do feel that the Hindu god, Shiva would be rejoicing in this glorious quashing of the overinflated ego that occupies most of our modern world.

There is something comforting and tremendously freeing about not having to be anything. To be gloriously brilliant just as you are, and to revel in your averageness could be a real boon. I can see how this sense of safety and acceptance of being normal, could be a wonderful gift for creative endeavours, as well as a perfect recipe for enjoying life, just as it is.

Jante hails from a book written by Aksel Sandemose, called A Fugitive Crosses his Tracks, which was published in 1933. The book is an attempt to satirize Scandinavian small towns, and Sandemose writes about the people of the southern Danish town of Nykobing, which he renames Jante, including in the book a set of rules, or Janteloven, discouraging individual success and denoting every person’s goal as that of being average. 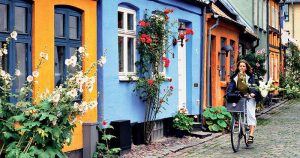 There is happiness to be found in being ordinary.

It’s claimed that in writing these laws, Sandemose was inspired by a belief that existed in ancient Norse culture that to preserve one’s happiness one should be cautious and humble. In his book, these laws ensure harmony and stability in the town.

Children learn these rules very early in life as Jante Law is part of all Danish education. There is no elite education or any gifted or advanced programs. Children who excel are meant to help other students who are not as good as them. Danish schools have no competition and the children work in groups. The focus is on the child’s social life, which is considered the most important aspect.

Above all else, Danes value equality and community. It is said that in Denmark you see less individuality in homes, decorations, and clothing choices. I wonder, is it comforting not to have to try to be different or unique? Is there something satisfying about just being ok with being normal and the same as everybody else? 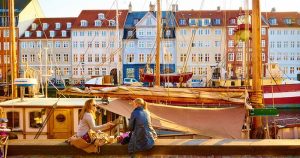 Copenhagen is one of the most liveable cities in the world.

Denmark is considered to be one of the most egalitarian societies in the world, where both men and women have careers. Schools and universities are free and the government spends more money on children and the elderly than in any other country in the world. Copenhagen is a multiple award-winning city for its ecological design and is known as one of the greenest cities in the world, reflected generally in that half the population of Denmark cycle to work.

The Law of Jante governs the Nordic countries above every other law or constitution. And along with another famous, or should I say, ‘average’ uniquely Danish trait, it ensures that the nation stays up there in the global happiness index.

The Danes seem to have perfected the art of cosy social gatherings, encapsulated by the Danish term hygge, which means cosiness, intimacy and warmth. Danes place a high priority on spending quality time with your family and friends, in the evenings and on weekends, and in Denmark a normal working week is 37 hours, with employees benefitting from five weeks of holiday a year. 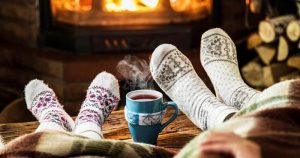 Hygge means cosy and refers to a form of everyday togetherness.

Happiness expert Meik Wiking is, of course, a Dane and his book The Little Book of Hygge, explores a word he believes is central to that happiness:

In all the work I have done within the field of happiness research, this is the point I am surest about: the best predictor of whether we are happy or not is our social relationships.

So along with jante, it seems these two ideas ensure a life of greater contentment for our Danish friends. Jante Law is in fact widespread, if unofficial, in all Scandinavian countries. This negative attitude towards individuality and success could be the saving grace and success of the Nordic nations. In a world dominated by ‘I’ and ‘my’, a return to community and the values of the whole over the individual, is not a bad thing. 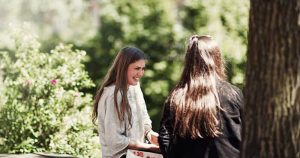 Spending time together is one of the surest ways to find happiness.

It harks back to tribal times and is very much a survival technique and important way to create harmony and cooperation. The oldest unbroken culture in the world, Indigenous Australians living the traditional way, have no sense of ‘I’ and ‘my’, and whatever they own belongs to the group, and must be shared. There is no greed and desire to accumulate, as everything is shared equally. This kind of system does away with many problems and negative traits in people, as there is no room for selfishness, greed and vanity.

In our world dominated by ego, social media and the desire to be special, famous and better than everyone else, we are becoming increasingly deluded, arrogant, disillusioned and disconnected. Maybe the shiny jewel of the highly individualised, yet lonely individual, is beginning to lose its sheen, as we realise it’s far more satisfying to have close friends and family than to compete and win at all costs.

Perhaps a dose of the controversial jante, is something we could all do with having more of in our lives – it certainly has its upside for the people of Denmark.