A new approach to dating the birth of our solar system could help find other similar systems. Flickr/Dmitry Boyarin, CC BY

Without the sun, there would be no Earth – but amazingly, we don’t know the finer details about the prenatal history of our sun. 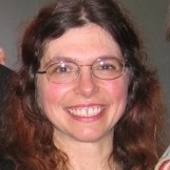 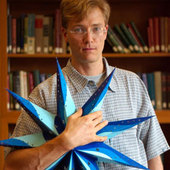 Without the sun, there would be no Earth – but amazingly, we don’t know the finer details about the prenatal history of our sun, where it was born and if other stars in our galaxy share a similar history.

In a study published today in Science, we add a couple of pieces to the solar jigsaw and show that two stellar events – a supernova or neutron star merger, plus a dying giant – flung heavy elements into the nursery in which our sun was born, roughly 100 million and 30 million years before the sun’s formation.

Research in the prehistory of the sun helps us compare the circumstances of the birth of the sun with those of other stars in our galaxy, setting the existence of the sun, the Earth and humans more firmly within the broader context of the billions of stars and planets (and possibly other lifeforms) that exist in the Milky Way.

It’s a matter of time

Recent historical events have been recorded by the writings of historians. Going back further in time, though, we have to rely on other methods to date events.

One of the main tools to achieve this is radioactivity. Radioactive nuclei, by definition, decay as time passes by emitting energetic particles that can be very dangerous to living organisms.

The rate at which they decay is defined by their half-life, which is the time it takes for half of the original nuclei to disappear.

A famous example is carbon-14, which has a half-life of 5,730 years. If the recovered bones of a human contain roughly half the amount of carbon-14 present in the biosphere, that individual must have died 5,730 years ago. 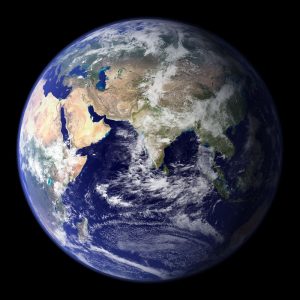 We know the age of the Earth from radioactive dating. Flickr/NASA Goddard Space Flight Center, CC BY

Radioactivity has also allowed us to date the age of the Earth at 4.54 billion years and, via analysis of extra-terrestrial rock samples carried to us via meteoritic falls or space missions, to derive a detailed timing of the events that led to the formation of planets in the solar system.

Using the same techniques, we can also learn something about the major events in the prehistory of the matter in the solar system, such as the period prior to the formation of the sun.

Ingredients for a solar system

Elements in our solar system, except for hydrogen and helium (which were created in the Big Bang), were produced by nuclear reactions in stars.

The material that makes up the solar system was slowly added to by hundreds to thousands of stars as they exploded into supernovas, a process we call “stellar addition”.

At some point, this heavier material became isolated inside a star-forming region of the galaxy, where the gas was cooler and denser than the usual galactic gas. 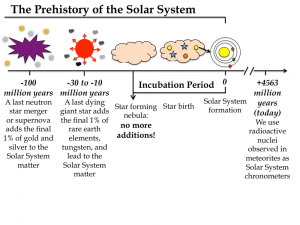 How to make a solar system

To be able to time the interval that elapsed between the last of the stellar additions and the formation of the sun, we needed to know the how much radioactive nuclei was present at the time of the two events.

Meteoritic analysis provides us these abundances at the formation of the sun. But the abundances in the final stellar addition – and the beginning of the stellar nursery – can only be predicted theoretically by models of nuclear processes in stars, which aren’t well understood.

A long-standing, frustrating problem has been related to the abundances of the radioactive nuclei iodine-129 and hafnium-182.

Until today, these two nuclei were believed to be produced by the same stellar event, such as a supernova or a neutron star merger, in a process that produces heavy elements including gold and lead.

The stellar addition from this last giant star happened at most 30 million years before the formation of the sun.

This dating provides us with an upper limit for the life span of the stellar nursery where the sun was born, which will allow us to know more intimately the parent stellar nursery of our sun – and the sun’s “siblings” which may harbour solar systems similar to ours.