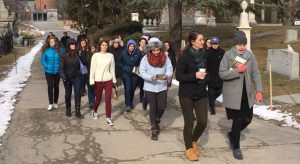 Students from the author’s class on death and dying explore Mount Auburn Cemetery in Cambridge, Massachusetts. / Photo by Anita Hannig

A study of cross-cultural attitudes toward mortality can help young people accept death as a part of life. 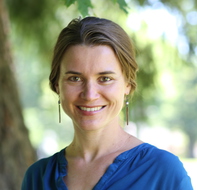 Back in February, on a chilly, windy afternoon in Cambridge, Massachusetts, a group of college students and I stood face-to-face with three ash-covered cremation furnaces at Mount Auburn Cemetery, the oldest garden cemetery in the United States. As we squeezed into the crematory, one of the students asked Joe—the no-nonsense custodian—whether we could peek inside one of the furnaces. “Not right now,” Joe said, shaking his head. “There’s someone in there.”

You might as well have popped a giant balloon. The entire class took a step back; this was the closest many of them had come to a dead body. As I scanned their faces, I saw a mixture of dread, surprise, and detachment wash over them, which reminded me exactly why we were here.

In the United States, death and dying aren’t popular topics of conversation. The title of a recent graphic memoir by New Yorker cartoonist Roz Chast says it all: Can’t We Talk About Something More Pleasant? Instead of confronting their own mortality, many Americans tend to label such talk as “morbid” and try to stave it off—along with death itself—as long as they can. It wasn’t always this way in the U.S. Until the end of the 19th century, Americans were far more familiar with many aspects of death, largely because most people died at home and people took care of their own dead.

In order to break through the silence and avoidance that shape contemporary American attitudes toward death, we must teach young people different ways to engage with the end of life. Rather than shield them from the specter of mortality, we need to give them the space and tools to explore their own relationship to it.

As an anthropologist, I study death and dying from a cross-cultural perspective, and I wanted to create a course that would allow students to interact with these topics firsthand.

In 2016, I designed the “Anthropology of Death and Dying” for my students at Brandeis University in Waltham, Massachusetts. In the course’s first iteration this spring, students studied bereavement cards, read obituaries, strolled through cemeteries, drew up kinship death charts, and filled out advance directives—documents detailing their wishes regarding medical treatment at the end of life. I brought in designers of coffins, experts in home death care, and members of a Jewish burial society. We also held an in-class Death Café—a get-together over tea and cake, with the purpose of talking about death—which provided a venue for structured discussions about the end of life.

In the rest of the course, students learned about the diverse ways human beings respond to their finitude, mourn their dead, and imagine the afterlife. Our studies together revealed that, on the whole, there is a far greater acceptance of and preparation for death in many societies outside the United States. For instance, among Hyolmo Buddhists in Nepal, dying is regarded as an intricate art to be learned—a project undertaken with foresight and self-awareness to ensure a smooth passage into the next life as well as a successful rebirth. Relatives elaborately assist the dying person in dissolving his or her attachments to the world. They might place valued objects, such as money or jewelry, on the person’s chest to satisfy any lingering yearnings for possessions, for example. As anthropologist Robert Desjarlais tells us in his 2016 book Subject to Death: Life and Loss in a Buddhist World, “Attachment does not occur when nothing is longed for; many Hyolmo people aim for such an absence of longing when they die.”

Among a group of people in West Papua, Indonesia, known as the Korowai, death and dying are frequently subjects of everyday conversation. People “often speak spontaneously of themselves as being in the process of dying,” notes anthropologist Rupert Stasch in Society of Others: Kinship and Mourning in a West Papuan Place. “Aged men, if they are awake before dawn, often sing softly about their upcoming deaths.” Korowai think of their inevitable mortality as the main reason for having children, who they see as their replacements or “body matches.”

By contrast, in the United States the end of life has become so medicalized that death is often viewed as a failure, rather than as an expected stage of life. The surgeon Atul Gawande argues in his best-selling 2014 book Being Mortal: Medicine and What Matters in the End that this medicalized view of death frequently results in people dying in institutions, cut off from their loved ones and comforts. “I am in a profession that has succeeded because of its ability to fix,” he writes. “If your problem is fixable, we know just what to do. But if it’s not? The fact that we have had no adequate answers to this question is troubling and has caused callousness, inhumanity, and extraordinary suffering.” 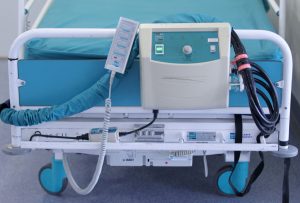 The medical management of illness and the dying process can sometimes overshadow the fact that both are part of the course of life. / Photo by Lynne Cameron, AP

That death has become something many Americans avoid and abhor—an enemy to be defeated—is evident elsewhere too. Just look at the plethora of contemporary fantasies of immortality, which range from anti-aging creams to efforts to download a person’s brain so he or she can continue to live virtually, to cryonics, the practice of freezing and storing bodies or body parts in the hope that future scientists will thaw them and bring them back to life.

At the end of the course in May, as we reflected on the semester, one student hesitantly raised her hand. “My grandfather actually passed away over spring break,” she began. Twenty-two pairs of eyes darted in her direction. “This class really helped me grieve and process his death; I guess I have come to see death as more natural.”

One student reported having heightened respect for the elderly. Everyone in the class nodded; they did too. Inspired by our conversations, another student had secured a summer internship with a Boston-area hospice.

Most strikingly, students said that they were less afraid of death. “This class gave me the language to talk about death without immediately feeling the onset of an existential crisis,” one student said. “Yeah, and it’s made me reevaluate my priorities in life,” added another. “I am still fearful of death,” a third student confided. “But this class helped me come to terms with that fear.”

Not everyone is in an emotional place to have such conversations; it is one thing to study death from the safety and privilege of a classroom setting and another to feel its looming presence. But if the recent success of popular YouTube channels such as Ask a Mortician is any indication, many in the U.S. are becoming more able to think and speak about death. By encouraging end-of-life conversations early on in a person’s life, my hope is that we regain our societal knowledge of death, and that we can learn to talk about our mortality in ways that improve everything from grief counseling to hospice care.

Speaking about death openly and through a cross-cultural framework relieved many of my students’ anxieties, along with my own. Studying the intricate ways people in other cultures navigate the end of life allowed us to see that there is a variety of possible responses to human frailty and finitude; it also helped us to acknowledge that death is an integral part of life. And that’s a good lesson for us all.