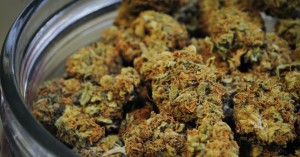 “As the evidence continues to accumulate, it is the advocates of an unending drug war that look like increasingly like anti-science ideologues,” said Transform. (Photo: Dank Depot/flickr/cc)

A group of 22 experts on drug policy has added to the chorus denouncing the War on Drugs, calling for an evidence-based approach that decriminalizes minor drug offenses and supports human rights and public health.

In an article (pdf) published in The Lancet on Thursday, the expert commission, convened by Johns Hopkins University and the prestigious medical journal, write that current policies in many countries supposedly aimed at drug prohibition have not stopped drug use; rather, they have caused numerous harms, including higher rates of hepatitis C infection, increased violence by sparking a “parallel economy run by criminal networks,” excessive incarceration, and greater overdose risks.

“The evidence also clearly demonstrates that enforcement of drug laws has been applied in a discriminatory way against racial and ethnic minorities in a number of countries,” the report notes, with the U.S. being “perhaps the best documented but not the only country” to do so.

Countries have failed to recognize and correct the health and human rights harms that pursuit of prohibition and drug suppression have caused, and, in doing so, neglect their legal responsibilities. They readily incarcerate people for minor offences but then neglect their duty to provide health services in custodial settings. They recognise uncontrolled illegal markets as the consequence of their policies, but do little to protect people from toxic, adulterated drugs that are inevitable in illegal markets or the violence of organised criminals, which is often made worse by policing. They waste public resources on policies that do not demonstrably impede the functioning of drug markets, and miss opportunities to invest public resources wisely in proven health services for people often too frightened to seek services.

Policies that pursue drug prohibition or heavy suppression do not represent the least harmful way to address drugs, the aim they pursue is not well defined or realistic, their interventions are not proportionate to the problem, they destabilize democratic societies, and people harmed by them often have no recourse to remedies to mitigate those harms.

The report refers to the upcoming special session of the UN General Assembly (UNGASS) on global drug policy, writing that it “will do itself credit by helping the world move away from a war on drugs that is inevitably a war on people who use drugs.”

In additon to decriminalization, the commission’s recommendations include eliminating racial and ethnic discrimination in policing, stopping aerial spraying of toxic herbicides on drug crops,  “respecting WHO’s authority to determine the dangerousness of drugs,” and providing adequate harm-reduciton services like access to naloxone, an overdose-reversing drug.

“The idea of reducing harm is central to public policy in so many areas from tobacco and alcohol regulation to food or traffic safety,” stated Commissioner Joanne Csete of the Mailman School of Public Health at Columbia University, “but when it comes to drugs, standard public health and scientific approaches have been rejected.”

“Worse still,” Csete said, “by dismissing extensive evidence of the health and human rights harms of drug policies, countries are neglecting their legal responsibilities to their citizens. Decriminalization of non-violent minor drug offenses is a first and urgent step in a longer process of fundamentally re-thinking and re-orienting drug policies at a national and international level. As long as prohibition continues, parallel criminal markets, violence and repression will continue.”

Transform, a UK-based thinktank which advocates for drug regulation, wrote that “it’s hugely significant for a group of the commission’s stature to be recommending that governments ‘move gradually toward regulated drug markets and apply the scientific method to their assessment.'”

“When arguably the world’s most respected medical school and medical journal speak out so emphatically on an issue like this, there can be no excuse for inaction,” the group states, adding, “As the evidence continues to accumulate, it is the advocates of an unending drug war that look like increasingly like anti-science ideologues.”

The new report comes on the heels of an op-ed by three former Latin American heads of state and members of Global Commission on Drug Policy who wrote, “The ‘war on drugs’ is an unmitigated disaster,” and called for an approach that prioritizes health and human rights.