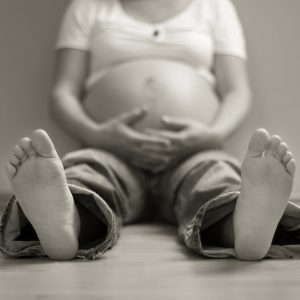 Pregnant women face a number of choices. Most are pretty noncontroversial: Don’t smoke or use drugs; avoid raw fish and eggs; get lots of rest. But one dilemma some pregnant women face is less intuitive: whether and how to treat their minds and bodies if they are depressed.

Much attention has focused on postpartum depression (that is, the occurrence of depression in the mother after giving birth), which occurs in about one in 8-10 women. But depression during the nine months of pregnancy occurs as frequently, yet has received less spotlight.

Diagnosing depression in pregnancy can be tricky, as women may initially disregard some of the symptoms, such as changes in mood, appetite or sleep, as normal or to be expected. But here’s what’s critical to know: Identifying and treating maternal depression during pregnancy is particularly important as it impacts not only the mom, but baby as well.

This concept – that maternal mood can be passed on to offspring – is hardly new. It has existed since the days of Hippocrates, and even Shakespeare understood it: In “Henry VI,” a pregnant and despondent Queen Elizabeth laments: 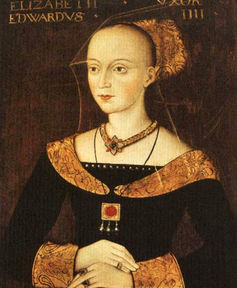 Shakespeare’s Queen Elizabeth in ‘Henry VI’ understood the perils of depression in pregnancy.

Shakespearean insights aside, we now know that chronic depression in pregnancy can alter levels of stress hormones, divert blood (and with it, oxygen and key nutrients) away from the fetus and suppress the immune systems of mother and child, leaving both more vulnerable to infection.

Sadness not always the tell-tale symptom

So, what might a pregnant woman who thinks she might be depressed do? The first step is to become aware of signs and symptoms. And feeling sad or blue may not be the first or the main one. Others can include excessive fatigue, loss of concentration or interest, change in appetite, either too little or too much sleep, feelings of worthlessness and recurrent thoughts of death.

Note that a sad day here or a stressed one there does not a depressive episode make. But if you have been experiencing several of the above symptoms chronically over a two-week period or more, and they’re not the result of another medication you’re on, you could be suffering from clinical depression. Speaking to your health professional proactively and openly can help distinguish the normal ups and downs of pregnancy from symptoms that need medical attention. And if your OB-GYN is not well-versed in mental health issues (which may be the case), ask for a referral to see someone who is. Or, if you know someone who has been through a similar experience, get her opinion: Nothing beats a word-of-mouth referral.

If clinical depression is identified, treating it is important for both mother and the baby (remember, it’s a twofer). As a neuroscientist and epidemiologist who studies the long-term effects of various prenatal exposures, I have seen that, even though the choices are not always easy, there are a number of effective options for treatment.

The first is antidepressant medications. Several are on the market, with the most common being the “selective serotonin reuptake inhibitor (SSRI)” class that includes familiar names such as Prozac, Zoloft, Paxil and Lexapro.

These medications are, by and large, safe for adult use, and many are approved for use by pregnant women too. However, because these medications cross the placenta, the long-term effects on the baby, when they’re used in pregnancy, are not entirely clear. Some studies have suggested increased cognitive, language and emotional problems among children gestationally exposed to antidepressant medications, but it’s unclear how much of these effects are due to the medications versus the underlying depression itself.

Given the uncertainty, some pregnant women may want to be treated, but, understandably, not to be medicated. For them, there is another viable route, and one that a number of pregnant women fail to seriously consider: psychotherapy.

Many psychotherapeutic treatments reduce symptoms of depression and anxiety as well as their medication counterparts, but without unwanted pharmacological side effects. Although the term psychotherapy has occasionally been misappropriated by some questionable forms of treatment or self-help, there are a number of structured therapies such as Cognitive Behavioral Therapy (CBT) and Interpersonal Therapy (IPT) that have been developed by clinicians, are based on solid scientific evidence and (here’s the important bit) have been adapted to treat symptoms in pregnancy.

Clinical trials, including here at Columbia University Medical Center where some of these treatments were developed, show psychotherapy to be an effective treatment alternative for many pregnant women. And for women already on an antidepressant who might be contemplating a pregnancy, switching to psychotherapy for the span of pregnancy may be an option as well.

And finally, there’s always the option to not do anything. It is indeed true that some depressions are short-lived and will go away on their own. But ignoring what your body tells you is rarely a good idea (would we ignore chest pains, for example, just hoping they will go away?). Plus, it’s impossible to predict ahead of time how long a depressive episode might last, and the “let’s wait and see” approach risks prolonging the baby’s exposure to maternal stress. Remember, stress is bad for baby too.

Not all depressions are treated equally

To be sure, these are not simple choices. Risks of treatment have to be balanced against the risks of remaining untreated. For some women (e.g., those with severe depression, or with other psychiatric or medical complications), medication may be necessary. For others, psychotherapy may be the preferred option. But even when it is, psychotherapy requires time, a commodity that many pregnant women simply do not have. Costs could play a role too, although many health plans cover a certain number of psychotherapy sessions. 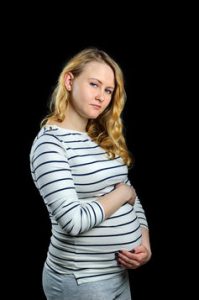 While this sliding scale of options may sound unsatisfying, it simply reflects the underlying reality that there’s no one size fits all for depressed, pregnant woman. But here’s the good news: What the options do offer an expecting woman is the opportunity to explore – with herself, her family and friends, and her doctor – what the best road to travel may be for her. The only ill-advised thing a mother-to-be who thinks she might be depressed can do is to not do anything at all.

Disclaimer: This article presents an overview of different options available for treating of depression during pregnancy. It should not be used as a substitute for medical advice from a physician.