Police tap into social media to do their job. Carlo Allegri/Reuters

Depending where you live, maybe you follow your local transportation department on Twitter for construction updates. Or maybe you watch Periscope videos of city council sessions, or read live blogs of public school board meetings.

Around the world, governments and citizens are engaging on social media. For instance, the town government in Jun, Spain has famously ditched its traditional approach to municipal customer service and replaced it with Twitter interactions.

Food and water distribution points will have supplies starting at 1 PM tomorrow: http://t.co/JYDJs23c

And Twitter extended the reach of emergency management agencies in the U.S. Northeast after 2012’s Hurricane Sandy, providing a “lifeline” to residents who needed critical information but lacked electrical power.

Two important U.S. conferences took place on the same day earlier this spring on the subject of social media in government – one led by leading practitioners, the other by academics. Observers of each would have come away with drastically different ideas about social media’s potential to improve the relationship between government and citizens.

People in the trenches – responding to citizen complaints on Facebook, or live-tweeting public meetings – are optimistic about how social media can influence government-constituent interactions. But some public policy experts within academia are much more sour about social media use by government.

Why would these two groups have such drastically different ideas about what’s going on? As a scholar-practitioner who bridges these two worlds, I offer some insight.

‘Losing hope’ from within the ivory tower

On April 8, 2016, academics from a variety of schools, as well as a mix of practitioners from across Florida, gathered at the University of Central Florida’s 10th Annual Public Administration Research Conference under the banner of “Social Governance: Developments in Digital Democracy.” I attended and was a guest speaker.

The morning’s keynote was delivered by Dr. Lori Brainard, associate professor of public policy and public administration at George Washington University. Her work focuses on how “government agencies use the Internet to activate and mobilize for change and to disseminate information, conduct transactions and engage in community building and collaboration.”

Leaning on her own studies of local police, Brainard dampened the audience’s enthusiasm for the potential of social media to positively transform the relationship between citizens and agencies. She pointed to “very little (that) suggests collaborative problem solving” in Yahoo discussion groups maintained by Washington, D.C.’s seven police districts in 2007. Her study of social media dialogue on Facebook, Twitter and YouTube in the top 10 U.S. police departments found similar results in 2011.

Brainard told the conference audience there was reason for those who are optimistic about social media – digital utopians, as she called them – to “lose hope.” Her advice was that agencies should resist the pressure to join social media, and even pontificated about whether there was some “burnout” of social media taking place.

Meanwhile, on the same day but three time zones away in Reno, Nevada, the Government Social Media Conference (GSMCON) was underway. GSMCON is the leading gathering for government practitioners of social media and earns the monetary support of the big-time corporate social media platforms and software providers.

No social media gloom and doom would be found in this assembly. 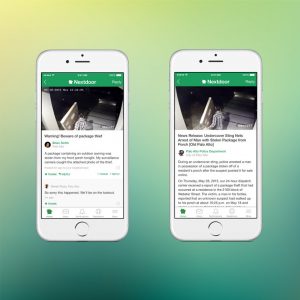 In fact, the example of local police was held up as a shining illustration of how social media can positively transform their relationship with citizens. Take Nextdoor.com. This neighborhood-based social network, increasingly popular with law enforcement, allows for an exchange of information between concerned residents and local police. Tips can lead to arrests and police look responsive, improving neighborhood safety. The company recently piloted a polling feature with the Austin Police Department that allowed them to survey residents on safety issues; 2,400 users participated, leaving hundreds of replies.

No platform is perfect, and critiques do arise. But the bottom line is that law enforcement is taking advantage of new opportunities to interact with the community via social media.

GSMCON conference advisor Jay Socol, Communications Director for the City of College Station, Texas, told me public agencies should be on social media if at all possible. Citing his city’s efforts to live-blog council meetings and share municipal presentations, Socol said

Citizens feel we’re much more accessible now because they are talking to/about us in social spaces — and are getting responses. Further, our organization, in particular, is much more transparent in that our information reaches thousands, thanks to social platforms.

Socol says social media enables citizens to engage with government from their home, workplace – anywhere they’re carrying their mobile device – and he’s convinced these interactions will improve in time. What practitioners like Socol realize is this: no matter the shortcomings of social media, the obstacles that have served to separate citizens and government in traditional public engagement remain. Getting citizens to show up at ordinary public meetings hasn’t gotten any easier, and there’s no sign of a coming rebirth.

The strategists who actually engage with citizens via social media are excited about whatever progress they do see between government and governed. But those who study this sort of thing can be pessimistic. Why the disconnect?

Two views on the same landscape

Empirical studies popular in the academy encourage tightly focused research questions and methods so that reliable answers follow. The classic problem, of course, is taking those neat little answers and generalizing them.

Public policy professor Brainard’s findings are what they are: narrow. What she found taking place in Yahoo! discussion groups in 2007, a platform long out of vogue, has little relevance for social media strategists today. In 2016, it’s impossible to have a meaningful dialogue about police engagement with citizens on social media without consideration of Nextdoor.

Time is an enemy of quality academic study. Theories fade. Hot topics go stale. The problem is particularly acute when studying social media, as it is a highly dynamic field. Usage patterns change rapidly, and new platforms emerge each year seeking to displace competitors or carve out their own space.

While Brainard was talking Yahoo! discussion groups, Socol was telling me how he’s considering whether the city of College Station should begin engaging with younger citizens on Snapchat – which didn’t even exist during the periods Brainard studied.

It’s not uncommon to find quantitative academic studies of what was known as “the big three”: Facebook, Twitter and YouTube. But social media use is increasingly diversified, particularly with younger users; attempts to understand social media through the big three are limited. We are in a period of social media whack-a-mole. The minute you think you’ve got it all nailed down, another platform pops up.

Academics studying social media should take note: the platforms aren’t what you thought they were by the time you’ve actually published.

I’m not surprised quantitative research of social media engagement between citizens and government finds there’s much room for improvement. As my own social media research shows, policies, organizational practices, structure and beliefs bias organizations against social media, even those that use it. Rules that govern the use of federal funds in local community projects, for example, specifically direct agencies toward good old-fashioned public meetings and the use of postal mail. These regulations make no mention of email, social media or other modern modes of communication. Local ordinances are no better. It’s no wonder that social media can be undervalued.

Practitioners are facing an uphill climb and not all are upbeat. Some who encounter a lack of understanding – or outright resistance – at the top may be shy in their approach to citizens on social media. And some more senior practitioners would rather delegate responsibility to a young whippersnapper than immerse themselves in these engagement strategies.

Time and again, government and industry have turned to the academy to solve important public problems. But when it comes to social media, unless we can produce more timeless work – work that can survive technological change so frequent it’s almost constant – the academy runs the risk of being confined to the wings in public conversations that influence the future use of social media. Practitioners continue to push against the tide of organizational bias to deliver on the promise of social media to improve citizen-government engagement – no matter what academics might pontificate.