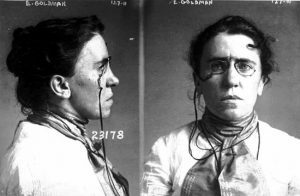 Mugshot of Emma Goldman taken in Chicago, on 10 September, 1901 after she was arrested on suspicion of involvement with the assassination of US President William McKinley — Wikimedia Commons

An introduction to Goldman’s life and her particular brand of anarchism.

Emma Goldman was a well-known radical critic of capitalism, the state, religion, patriarchy and colonialism during the fertile political years at the end of the 19th and beginning of the 20th centuries. For over a half century, she articulated an anarchist vision of a strong, free, self-creating individual within an egalitarian, participatory society. While anarchists are often dismissed as the lunatic fringe of the Left, Goldman presented anarchism as the most practical approach to human liberation. She emphasized concrete and creative anarchist activities, including cooperatives, radical schools, labor actions, and publications, which showed anarchism in action.

Goldman was born in Kovno, Lithuania, into an economically insecure Jewish family. Her brief formal education was enhanced by exposure to nihilist revolutionaries and Russian radical literature. Immigrating with her sister to the United States in 1885, she settled originally in Rochester, New York. Like many young people of her generation, she was galvanized politically by the trial and execution of several young anarchists who were framed for the killing of police at the Haymarket riots in Chicago in 1886. She subsequently moved to New York City and joined the anarchist movement, rapidly rising to become one of the best known speakers in the lively radical landscape of the time. She was arrested countless times – legend has it that she took a book with her to her own lectures so she would have something to read in jail – and served three terms in prison: one year for urging unemployed workers to “take bread,” a few weeks for providing information on preventing conception, and two years for opposing conscription during World War I. After her third prison term, she and her comrade Alexander Berkman, along with 247 other radicals, were sent into exile to the newly-formed U.S.S.R. Initially supporting the Bolsheviks, she soon came to view the Communist Party as the murderers of the revolution. She and Berkman left Russia and eventually settled in the south of France. Goldman continued her lecturing and writing in Europe, England, and Canada; she strongly supported the anarchist revolutionaries in Spain in the 1930s, and was still an active speaker, writer and agitator when she died following a stroke in 1940. 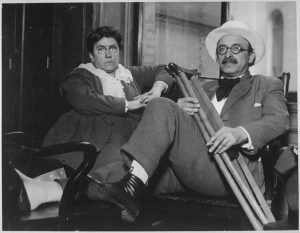 Strongly influenced by Peter Kropotkin’s communist anarchism, Goldman also integrated strands from Mikail Bakunin’s militant revolutionary practice, Pierre-Joseph Proudhon’s mutualism, and Max Stirner’s radical individualism, helping to create what many anarchists of Goldman’s generation called “anarchism without adjectives.” For anarchists, capitalism is a system that robs workers, intellectuals, artists, and peasants of their productive, creative labor, transferring both profit and control of labor to owners. Organized religion supports this theft by teaching adherents to defer to authority and hope passively for reward in the next life. The state uses organized violence to protect owners, suppress workers, and mobilize people’s loyalties and sense of home into a vicious, narrow patriotism that justifies and energizes war, which in turn furthers the profits and power of the capitalist class and its allies. Colonialism calls on the religious mandate of “civilizing” and converting the rest of the world to justify seizing the resources of less well-armed societies for global capitalist expansion. Schools undermine children’s natural curiosity and turn students into automatons regurgitating the orthodoxies they are taught.

Into this sweeping critique of established authority, Goldman introduced the aesthetic sensibility of the American romantic movement, Nietzsche’s spirit of rebellion, and her own unique feminism. From Walt Whitman, Ralph Waldo Emerson, and Henry David Thoreau she absorbed a poetic, sensuous individualism. Like many other anarchists of her day, she emphasized the centrality of radical art, poetry, literature and drama to the emergence of free individuals. She was one of the first anarchists to become enthusiastic about Nietzsche, embracing him as a catalyst for a spiritual transvaluation of values. While she scorned the women’s suffrage movement, seeing any effort to reform rather than transform society as a useless distraction from more radical goals, she developed a revolutionary feminism that anticipated many themes prevalent in the later women’s movements. She focused her feminism on women’s bodies, demanding that women control their own reproduction, find their own sexual autonomy, claim equality in relations with men, and work with men to overthrow the prevailing authorities and create new relations of equality and freedom. 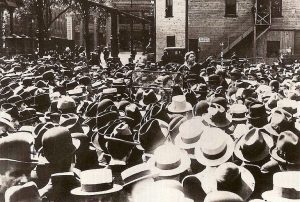 Goldman published several of her key essays in her book Anarchism and Other Essays (1910) as well as her journal Mother Earth, published from 1906-1917. Additionally, she gave many thousands of lectures and wrote enormous numbers of letters to other anarchists and to a range of other progressive figures, including Rebecca West, John Dewey, Jack London, and Bertrand Russell. Her ideas on theater were published in The Social Significance of Modern Drama (1914) and her analysis of the rise and fall of revolution in the Soviet Union in My Disillusionment in Russia (1922). Her best known writing is probably her influential autobiography Living My Life (1931), in which she crafts the story of her lifelong political activism.

The Social Significance of the Modern Drama (1914)

Address to the Jury in U.S. v. Emma Goldman and Alexander Berkman (1917)

My Disillusionment in Russia (1923)

My Further Disillusionment In Russia (1924)