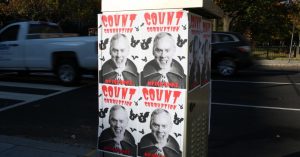 They should start with the Department of Interior and its Secretary Ryan Zinke, who is facing no less than 17 federal investigations. (Photo: FOE)

Tuesday’s elections brought a major shift to the U.S. House, and handed Democrats the opportunity to investigate the rampant corruption of the Trump Administration.

The blue wave that crashed onto the Republican Party tonight now gives us the power to resist the corruption of the Trump administration.

Democrats in the House must hold administration officials accountable for their unethical and illegal actions. They should start with the Department of Interior and its Secretary Ryan Zinke, who is facing no less than 17 federal investigations. Zinke even tried to fire the DOI’s own inspector general to take the heat off himself after she referred one of the investigations to the Department of Justice for possible criminal prosecution. The House Natural Resources Committee should convene hearings to investigate the actions of Secretary Zinke and other top officials at DOI.

Abuse of Power for Financial and Corporate Gain

DOI Secretary Ryan Zinke and his top officials, including Deputy Secretary David Bernhardt, regularly use their positions to benefit themselves and their industry friends at taxpayers’ expense. We must learn who is benefitting from DOI’s corporate giveaways.

Ignoring the public to destroy our public lands 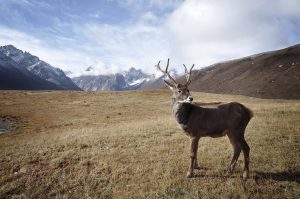 The Secretary of the Interior and senior officials are supposed to be stewards of our public lands and waters. Instead, they are giving them away to their buddies in the fossil fuel industry — and endangering the health and safety of Americans in the process. The public is outraged about this, and DOI is trying to silence our voices.

Evidence suggests that senior officials at DOI have attempted to obscure or cover up controversial actions by altering records, failing to document their actions, refusing to cooperate with investigations and otherwise failing to meet their legally required transparency obligations.

The U.S. government has a long history of mistreating indigenous people. DOI under Trump and Zinke continues and expands this shameful legacy.

Tuesday’s elections brought a major shift to the U.S. House, and handed Democrats the opportunity to investigate the rampant corruption of the Trump Administration. The Democrats must investigate the unethical and illegal actions of Ryan Zinke and David Bernhardt, and expose the corruption at the Department of Interior.