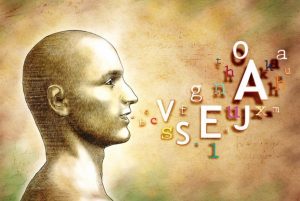 The following has been excerpted from Words at the Threshold: What We Say as We’re Nearing Death, in which Lisa Smartt presents her findings from her Final Words Project—an up-close and personal study of the words of more than 100 dying individuals.

Nonsense and mysticism are commonly connected

Nonsense appears in a variety of contexts, including mystical and spiritual traditions in which gibberish is associated with opening doors to new dimensions. We find the use of linguistic nonsense in chanting, spells and incantations, for example.

Nonsense is often associated with opening portals to new worlds and giving us a chance to stand between them. As children we learn that nonsense words like shazam and abracadabra can move mountains or take us to new worlds. If you have the right word, you can open doors. Spells and incantations are often composed of nonsensical words that promise us access to powers outside our normal lives.

Nonsensical language is language that falls outside our usual experience or earthly powers—and this has been true over the centuries and around the world.

Dr. Will Taegel, author of The Mother Tongue: Intimacy in the Eco-field, reflected in an email to me: “The pursuit of nonsense to enter realms impervious to rational penetration has been present in the wisdom and shamanic traditions in time immemorial. Drumming, drugs, chanting, dancing, strenuous physical orders, inebriation of all sorts have been utilized to take people out of normal reality into extraordinary reality across virtually all human cultures. There is something about nonsense that helps us make sense of our unfathomable lives.” Taegel explained that shamans over time have told us, “We cross over to the other side by the power of our nonsensical songs.”

The American psychologist William James observed that self-contradictory expressions like “dazzling obscurity,” “whispering silence,” “teeming desert,” and “the Soundless Sound” are common in the writings of mystics. Apparently, prosaic language is inadequate for describing the transcendent level of consciousness. Raymond Moody suggests, “We delight in nonsense because it short-circuits the brain by bypassing the rational mind.”

Moody believes that nonsense—what Will Taegel calls “trans-sense”—is the intermediary language between the two worlds of acquired language and a universal telepathic language that seems to exist in the realm of the afterlife, as explained by near-death experiencers. That non-verbal telepathic realm is the realm of the ineffable that mystics, including Buddhist teachers, speak about.

Zen Buddhists use nonsense as a means of spiritual enlightenment. Zen masters present unanswerable questions, known as koans, to students. Some koans are nonsense questions: “Does a dog have Buddha nature or not?” and “Two hands clap and there’s a sound. What’s the sound of one hand?”

The questions are designed to move students away from understanding life only in a logical way and to connect them with something that’s ineffable, not of the ordinary world as we know it. Koans invite us to enter into another way of thinking, and they seem to baffle our minds while bringing us to a greater understanding.

Milton Erikson, a world-renowned hypnotherapist, often used nonsense to distract and confuse a client’s conscious mind when he wanted to make a hypnotic suggestion. He understood that nonsense acts as a bridge to another state of consciousness, another way of thinking.

The phenomenon of “glossolalia”

Nonsense syllables have been attributed directly to God by those who speak in tongues. Referred to as “glossolalia,” speaking in tongues happens during periods of religious ecstasy, and some claim it’s the holy spirit talking through congregants. 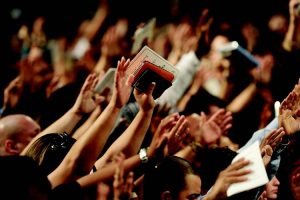 Linguistic research, however, indicates that the phonological and prosodic patterns found in glossolalia mimic the patterns of the native language of its speakers—and these patterns shift with different languages. This tells us that the language itself isn’t a universal Divine language; however, the ecstatic experiences of its speakers appear to be universal. Preliminary research shows that glossolalia engages the regions of the brain associated with mystical experience and music.

So, even though glossolalia is not a unique language, the nonsense syllables of glossolalia alter our consciousness. This has been documented through the use of brain scans.

Researchers compared brain scans of individuals doing a common language task, such as reading aloud, with brain scans of individuals speaking in tongues. The parts of the brain activated during speaking in tongues are more closely connected to the regions activated during the non-verbal states of mystical or spiritual trance than to the centres associated with speech and language.

Meaningless speech appears to both create and reflect extraordinary altered states of consciousness. There may even be evidence of “magical language”—that is, language designed to help us shift dimensions, as is found in glossolalia, spells, incantations and shamans’ songs.

Andrew Newberg and Mark Robert Waldman have done extensive research into how altered and transcendent states correlate with brain function. They describe having observed immediate decline in activity in the language areas of the frontal lobes of Pentecostal participants speaking in tongues.

They explain, “Normally when you talk and listen to others, the communication centres in your brain turn on, but when a person begins speaking in tongues, these areas shut down.” Similar changes in brain activity occur during trance states in shamans and mediums. Newberg and Waldman say that these neurological changes create the pathways to enlightenment experiences.

On his website, Eben Alexander shares some interesting research on hallucinogens and the brain that supports Newberg and Waldman’s findings and sheds light on the language used at the end of life. Research at Imperial College in London in 2012 revealed that among people under the influence of psilocybin, those whose psychedelic experiences were most profound had “greatly diminished” activity in the “major connection regions” of the brain.

Alexander also references a Brazilian study completed in 2015 that researched the effects of Ayahuasca and confirmed a decrease in activity throughout an important region of the brain called the default-mode network. Alexander cites yet another study at Imperial College, this one on the effects of LSD on the brain, which found that a diminished integrity of certain regions of the brain seemed to be associated with extraordinary states of consciousness.

About his coma and near-death experience, Alexander writes:

As my neocortex was destroyed by the invading bacteria, my conscious awareness greatly expanded to levels unprecedented in my normal waking experiences of my entire life. That shocking reality nagged at me especially in the early months after my coma, at a time [when] I was trying to explain the whole experience as a vast hallucinatory trick of the dying brain (defaulting to my pre-coma reductive materialistic scientific beliefs, honed by several decades working as a neurosurgeon).

My doctors knew from the medical evidence in my case that my neocortex was far too damaged to be supporting any mode of robust conscious experience, including any elaborate hallucinations, drug effects or dream states. After extensive review with some of the doctors who cared for me, and with several interested colleagues in neurosurgery, it became apparent that that ultra-reality occurred because the experience was real, although it didn’t occur anywhere in our four-dimensional space-time of the observable physical universe.

I asked Andrew Newberg if it might be possible that, as we begin dying and the speech centres associated with language diminish, we have increasing experiences of mystical states like those described by Eben Alexander. These states of mind may also be associated with the nonsense that we hear.

Newberg said he thought it’s very possible that as we die, brain function associated with logic and reason—and with the production of purposeful speech—does, indeed, shut down. This could cause, for the dying person, a number of experiences that are mystical in quality and rich in unintelligible speech.