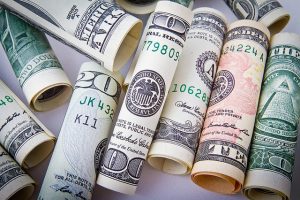 If you’re struggling to get by on $20 million, the GOP is looking out for you and your heirs. 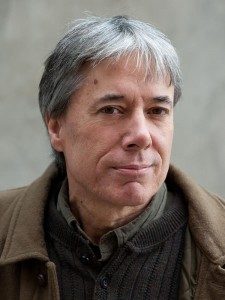 By Chuck Collins / 12.27.2017
Director, Program on Inequality and the Common Good
Institute for Policy Studies

It isn’t easy being a millionaire these days, especially if you’ve got less than $20 million. Fortunately, Congress is watching out for you.

Yes, the Republican tax cut bonanza targets lower end millionaires for special relief. Now those struggling to scrape by with $15 million or $20 million can breathe more easily. And even lowly billionaires will be able to keep more of their wealth.

Why? Because Congress just increased the amount of wealth exempted by the estate tax, our nation’s only levy on inherited wealth.

In the bad old days, a family had to have $11 million in wealth before they were subject to the tax. This exempted the 99.8 percent of undisciplined taxpayers who, in the words of Iowa Senator Chuck Grassley, had squandered their wealth on “booze, women, and movies.”

Now no family with less than $22 million will pay it (or individuals with less than $10.9 million). This gift to “grateful heirs” will cost $83 billion over the next decade.

Gutting the estate tax is a bad idea — it raises substantial revenue from those with the greatest capacity to pay. Even in a weakened state, it would have raised over $260 billion over the next decade.

The estate tax was established a century ago during the first Gilded Age, a period of grotesque inequality. Champions of establishing a tax on inherited wealth included President Theodore Roosevelt and industrialist Andrew Carnegie, who viewed it as a brake on the concentration of wealth and power.

Modern Republicans, however, paint the tyrannical “death tax” as an unfair penalty on small businesses and family farmers. But that’s a myth.

The most vocal champion of estate tax repeal is Rep. Kristi Noem, a South Dakota Republican who became the GOP poster child for farmers touched by the estate tax. House Speaker Paul Ryan appointed her on the tax conference committee to advocate for estate tax repeal because of her compelling story.

Noem says her family was subject to the tax after her father died in a farm accident in 1994, a story she repeats constantly.

The only problem, as journalists recently discovered, is that her family paid the tax only because of a fluke in South Dakota law that was changed in 1995. Her experience has little to do with the federal estate tax, which has been substantially scaled down in recent decades.

And while Noem was complaining about government taxes, the family ranch has collected over $3.7 million in taxpayer funded farm subsidies since 1995.

Noem attacked the reporting as “fake news,” even though it was based on legal documents she filed herself.

The reality is that the small number of estate tax beneficiaries aren’t farmers at all. They’re mostly wealthy city dwellers.

Still, the fact that the estate tax lives on creates an opportunity to make it better.

Lawmakers should institute a graduated rate structure, so that billionaires pay a higher estate tax rate than families with a “mere” $22 million. And loopholes should be closed so they can’t pay wealth managers to hide their wealth in complicated trusts and offshore tax havens.

Estate tax revenue could be dedicated to something that clearly expands opportunity for everyone else.

Bill Gates Sr. argues that the estate tax should fund “a GI bill for the next generation.” In exchange for military and community service, young adults should be able to get substantial tuition assistance for higher education or vocational training, paid for by a progressive estate tax.

If Congress were concerned about the middle class, that’s the kind of proposal that would become the law of the land.