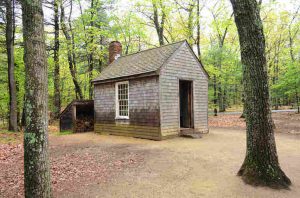 If you’ve never read any Thoreau, it’s time to discover him. If you have, it’s time to re-read him and then critically discuss how awesome he is with everybody you know. If you’re even remotely considering simplifying your life, trying to make the world a better place, or figuring out how to peacefully resist an unfair regime, Thoreau can guide you. Because he did all that already, and he was great at it. Thoreau should be an essential part of our political, cultural and environmental reading for the following totally objective and unbiased reasons. 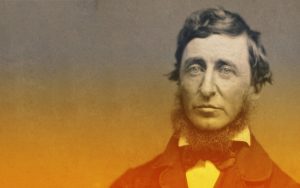 Civil Disobedience, his classic 1849 essay on sticking it to the man, has influenced philosophies of nonviolent resistance for virtually every great civil rights leaders of the 20th century, including Mahatma Gandhi and Martin Luther King Jr. For Thoreau, resistance to governments whose practices are unjust is a moral imperative. He said if a law “is of such a nature that it requires you to be the agent of injustice to another, then I say, break the law. Let your life be a counter-friction to stop the machine.” (See? He even sounds cool.) He believed waiting for change was exactly the same as tacit acceptance, and that it was the duty of everyone alive to not let government supersede conscience and to actually do what you think is right. Thoreau should be required reading for anybody who lives in a country governed by somebody else.

Part of the greatness of Thoreau is his willingness to live out his beliefs. Never afraid to get his hands dirty, his two-year, two-month experiment in simple living (in a one room cabin he built for $28) on Walden Pond bore out his ideals of living close to nature and creating and using only what he needed. In the essay version of his experiences he says, “I went to the woods because I wished to live deliberately, to front only the essential facts of life, and see if I could not learn what it had to teach, and not, when I came to die, discover that I had not lived.” Fantastic. He shared his food with animals, thought about ecology, like, a hundred years before anybody was thinking about ecology, and went for some pretty epic walks.

In 1846, Thoreau famously walked from Walden Pond into town, and ended up in the Concord jail for a night because he refused to pay his poll tax (someone else paid it the next day and he was let go. He was super mad about it). He went to jail not because he was particularly opposed to the tax—he actually said he didn’t have a problem with the poll tax, per se—but because he couldn’t tell whether that tax would eventually end up supporting government projects that enabled or extended injustices (in this instance, slavery and the Mexican-American war). He hadn’t paid the tax in six years. Better, he thought, not to support that government at all than to inadvertently give money to a pro-slavery cause. 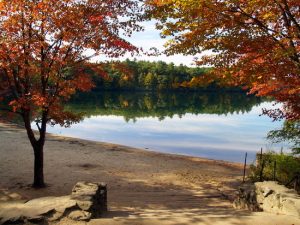 Probably the most radically engaging thing he suggests in his philosophy is that we have to simplify our lives because only then can we see the end result of every action we make and then make decisions about whether the action was ethically sound or not. If you can’t see the end result of your actions, he argued, how do you ever really know if they were morally good? My fair-trade tea seems like the ethical choice when I’m in deep, medical need of a caffeine fix, but do I know for sure that the plants and the tea pickers on the other side of my delicious purchase have been ethically treated? I don’t. As it does for most of us in the globalized economy, the end result of my actions escapes me. “What I have to do is to see, at any rate, that I do not lend myself to the wrong which I condemn,” Thoreau writes, clearly NOT being one of those people who preaches from the sidelines. This is a challenging ethics because it means that I have to engage in the world. I can’t assume that someone else is upholding my own values on my behalf.

Is Thoreau perfect? No. Despite his rabid and active anti-slavery stance, there are embarrassingly casual racist remarks (especially about Native Americans) throughout his writing and he wasn’t the most forward thinking gender theorist of his time. These are the limits of his awesomeness, which serve to show us all that awesome things that are said for the benefit of the few will never be as awesome as awesome things that are said with an eye to including and respecting everybody.

But that means that even his failures are great because they remind us that there are going to be limits to our efforts to ethically engage in our culture—limits that we can’t see—and that we can only overcome those limits through conversations with other people who don’t look like us and already share our own beliefs.