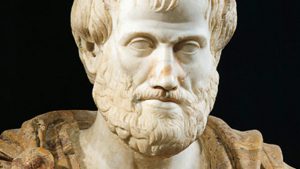 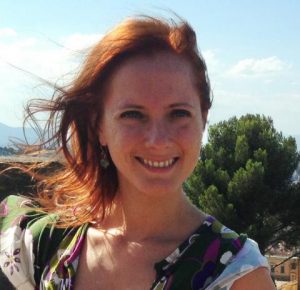 It is not easy to navigate the web in a time of fake news. Social networks and other instruments can create news items which have no basis in reality, but which many perceive as facts only because they are shared and re-tweeted. But in some ways, this is nothing new. Fake news has always existed, and been an important element in the shaping of public opinion, as Robert Darnton has recently noted. In this respect, philology has always been an essential tool for analyzing texts and separating truth from fraud. Highlighting textual inconsistencies, underlining anachronisms, and verifying the sources, something that modern fact checkers do, has been used throughout the centuries to expose false documents and beliefs.

However, once philology has done its work, its findings themselves must be disseminated properly in order for them to take hold. The early modern reception of the legend of the Jewish Aristotle is a fitting example of this process. In the Middle Ages, the legend that Aristotle had been a Jew flourished in Jewish intellectual circles, with the purpose of both ennobling Judaic culture and legitimizing the use of Aristotle. A missing comma in the editio princeps of the Latin translation of Eusebius’ De praeparatio evangelica incidentally spread the legend in Christian circles as well, and writers like Marsilio Ficino (1433-1499) welcomed the discovery of the Jewish Aristotle. But in 1573, a Jewish philologist from Mantua, Azariah de’ Rossi (d. 1578), revealed that the Jewish Aristotle was nothing more than a fable. However, though being the hero of this story, Azariah was marginalized from his community, and his demystification went largely unrecognized. 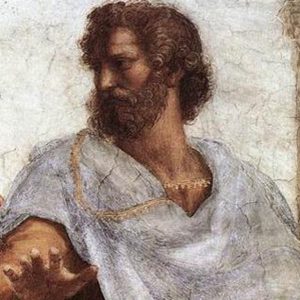 In the meantime, the appetite both in Jewish and Christian circles for the legend only increased. The Talmudist Gedaliah ben Joseph (d. 1587) revived the tradition in his Cabbalistic Chain – a work soon to be unflatteringly labelled as the Chain of Lies – with the intent of celebrating Judaic excellence. And in 1640 the professor Fortunio Liceti (1577-1657), a staunch supporter of Aristotle who wanted to keep Peripatetic philosophy alive by advertising the piety of the philosopher, took this precious piece of information from Gedaliah. The legend fit Liceti’s aims perfectly: if it was chronologically impossible for Aristotle to have been Christian, the best Liceti could do was to identify him as the closest thing to a Christian that existed in the fourth century BCE.  When Liceti published the relevant passage from Gedaliah, he did so in no less than in three different versions – Hebrew, transliterated Hebrew, and in Latin translation. 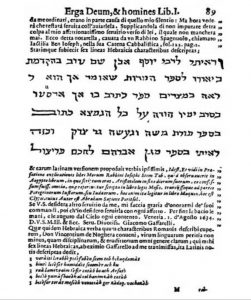 By using Jewish sources to legitimize the unwavering authority of the Philosopher, Liceti was doing what theologians of his time often did to bolster the authority of Christian truth. He was unique, however, in doing so to rescue a pagan philosopher. Liceti’s main opponent, the Franciscan Mattia Ferchio (1583-1669) was not pleased by the Jewish Aristotle, which he deemed a fable that a layman like Liceti was unqualified to discuss. Other theologians, like Serafino Piccinardi (1634-1695), questioned how Aristotle’s Jewishness could support another of Liceti’s assertions: that the Philosopher was familiar with the Trinitarian dogma. And Liceti’s colleagues at the University of Padua, like Giovanni Cottunio (1572-1657), had serious doubts about attempts to Christianize Aristotle. Ferchio, Piccinardi and Cottunio, were not opponents of Aristotle; they simply rejected the idea that Aristotle could be fully baptized, something that Liceti wanted to do in order to protect the wavering authority of his philosophical hero (Craig Martin has recently shown how the conflict between Aristotle’s thought and religion played a decisive role in its decline).

While a handful of Jewish intellectuals, like the physician Isaac Cardoso (1604-1683), endorsed Liceti’s Jewish Aristotle, the decline of Aristotelianism soon deprived the legend of its appeal in other contexts. Pierre Bayle, for one, ridiculed the legend, relying on the Bibliotheca Magna Rabbinica by the Cistercian Guido Bartolocci (1613-1687). Other writers reacted against the Jewish Aristotle by presenting evidence from the corpus Aristotelicum and other ancient sources and insisting on the depreciation of the Philosopher’s authority, which at that point had been almost completely overcome by alternative schools of thought. The fact that Aristotle’s importance had been so diminished eventually granted Azariah a measure of redemption. Philology’s fact checking needs to find willing ears in order to prevail, but fake news cannot hold its spell forever .