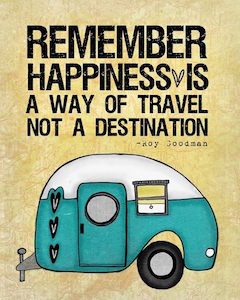 Do you see happiness as within your control to improve? A new study has linked this belief to empathy.

Empathy has gone mainstream. Now more than ever, parents and teachers are trying to foster empathy in kids, and citizens are advocating for a society and for leaders who are more empathic. But why are some people more empathic than others, and what is the best way to cultivate empathy?

Being empathic means being able to sense someone else’s emotions, and imagine what they might be thinking or feeling. Previous research has found that people with certain personality traits, such as agreeableness, conscientiousness, and openness to experience, are more empathic. And we can increase our empathy by practicing mindfulness, listening actively, or reading fiction, among other things.

A new research study published in the journal Personality and Social Psychology Bulletin suggests another predictor of empathy: our beliefs about happiness. Specifically, the authors studied how people’s beliefs about whether happiness is flexible, controllable, and internal influence their empathy towards others.

In one experiment, the authors asked 160 people to fill out questionnaires that measured their beliefs about happiness and their “trait” empathy: how empathic they generally are. Ultimately, people who tended to believe that happiness is flexible, controllable, and internal—that our happiness isn’t fixed but can change, is in our control, and comes from within rather than from external circumstances—were more empathic in general.

In two further experiments, the authors studied a different form of empathy: “state” empathy, or how empathic people are in a given situation. A total of 525 participants read about someone experiencing depression. The authors then asked participants how empathic they were towards that person: how much they felt warmth toward them and took their perspective, for example. They found that people who tended to believe that happiness is flexible, uncontrollable, and external were more likely to try to understand that person’s thoughts and feelings.

Although the belief that happiness is flexible was related to empathy at a trait and state level, believing that happiness is controllable and internal was related to more trait empathy but less state empathy. The authors speculate that this has to do with the difference between our beliefs and our behavior. In principle, people believe they are empathic; people who think greater happiness comes from within might be particularly optimistic about how empathic they are.

However, when people are presented with a real person suffering and must make an effort to empathize, their belief that happiness is controllable and internal could lead them to believe that the person’s unhappiness is his or her own fault. People who believe this may be less likely to take the sufferer’s perspective.

So does changing our beliefs about happiness make us more empathic? More willing to step into other people’s shoes? Unfortunately, it is not that simple.

Although we don’t know yet whether altering our beliefs about happiness can change how empathic we are, we know that beliefs matter. Other recent studies have shown that people’s beliefs about happiness have some connection to well-being and life satisfaction. Future research will undoubtedly study whether changing those beliefs increases empathy, life satisfaction, and well-being. This is especially important in a world where, unfortunately, many groups feel they are being denied empathy.