Kant accepted the basic proposition that a theory of duties—a set of rules telling us what we’re obligated to do in any particular situation—was the right approach to ethical problems. 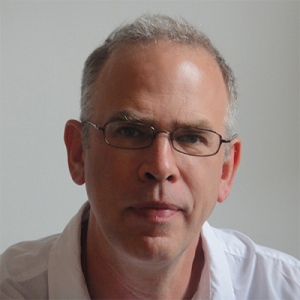 German philosopher Immanuel Kant (1724–1804) accepted the basic proposition that a theory of duties—a set of rules telling us what we’re obligated to do in any particular situation—was the right approach to ethical problems. What he set out to add, though, was a stricter mechanism for the use of duties in our everyday experience. He wanted a way to get all these duties we’ve been talking about to work together, to produce a unified recommendation, instead of leaving us confused between loyalty to one principle and another. At least on some basic issues, Kant set out to produce ethical certainty.

Lying is about as primary as issues get in ethics, and the Madoff case is shot through with it:

First Version of the Categorical Imperative

The first version or expression of the categorical imperative: Act in a way that the rule for your action could be universalized. When you’re thinking about doing something, this means you should imagine that everyone did it all the time. Now, can this make sense? Can it happen? Is there a world you can imagine where everyone does this thing that you’re considering at every opportunity? Take the case of Madoff asking himself, “Should I lie to keep investor money flowing in?” What we need to do is imagine this act as universalized: everyone lies all the time. Just imagine that. You ask someone whether it’s sunny outside. It is sunny, but they say, “No, it’s raining.” The next day you ask someone else. Again, it’s sunny, but they say, “No, it’s snowing.” This goes on day after day. Pretty soon, wouldn’t you just give up listening to what people say? Here’s the larger point: if everyone lies all the time, pretty soon people are going to stop listening to anyone. And if no one’s listening, is it possible to lie to them?

What Kant’s categorical imperative shows is that lying cannot be universalized. The act of lying can’t survive in a world where everyone’s just making stuff up all the time. Since no one will be taking anyone else seriously, you may try to sell a false story but no one will be buying.

Something similar happens in comic books. No one accuses authors and illustrators of lying when Batman kicks some bad guys into the next universe and then strips off his mask and his hair is perfect. That’s not a lie; it’s fiction. And fictional stories can’t lie because no one expects they’ll tell the truth. No one asks whether it’s real or fake, only whether it’s entertaining. The same would go in the real world if everyone lied all the time. Reality would be like a comic: it might be fun, or maybe not, but accusing someone of lying would definitely be absurd.

Bringing this back to Madoff, as Kant sees it he has to make a basic decision: should I lie to investors to keep my operation afloat? The answer is no. According to the categorical imperative, it must be no, not because lying is directly immoral, but because lying cannot be universalized and therefore it’s immoral.

The same goes for Sheryl Weinstein as she wonders whether she should keep the lid on her family-wrecking affair. The answer is no because the answer is always no when the question is whether I should lie. You might want to respond by insisting, “She’s already done the deed, and Bernie’s in jail so it’s not going to happen again. The best thing at this point would be for her to just keep her mouth shut and hold her family together as best she can.” That’s a fair argument. But for Kant it’s also a loser because the categorical imperative gives the last word. There’s no appeal. There’s no lying, no matter what.

One more point about the universalization of acts: even if you insist that a world could exist where everyone lied all the time, would you really want to live there? Most of us don’t mind lying so much as long as we’re the ones getting away with it. But if everyone’s doing it, that’s different. Most of us might agree that if we had a choice between living in a place where everyone told the truth and one where everyone lied, we’d go for the honest reality. It just makes sense: lying will help you only if you’re the sole liar, but if everyone’s busy taking advantage of everyone else, then there’s nothing in it for you, and you might just as well join everyone in telling the truth.

Conclusion. The first expression of the categorical imperative—act in such a way that the rule for your action could be universalized—is a consistency principle. Like the golden rule (treat others as you’d like to be treated), it forces you to ask how things would work if everyone else did what you’re considering doing.

Objections to the First Version of the Categorical Imperative

One of the objections to this ethical guidance is that a reality without lying can be awfully uncomfortable. If your boss shows up for work on a Friday wearing one of those designer dresses that looks great on a supermodel and ridiculous everyhere else, and she asks what you think, what are you going to say? “Hideous”? Telling the truth no matter what, whether we’re at work or anywhere else, is one of those things that sounds good in the abstract but is almost impossible to actually live by.

Then the problem gets worse. A deranged addict storms into your office announcing that he’s just received a message from the heavens. While chewing manically on dirty fingernails, he relates that he’s supposed to attack someone named Jones—anyone named Jones. “What,” he suddenly demands, “is your name?” Unfortunately, you happen to be named Sam Jones. Now what?

Second Version of the Categorical Imperative

The second expression of the categorical imperative is: Treat people as an end, and never as a means to an end. To treat people as ends, not means is to never use anyone to get something else. People can’t be tools or instruments, they can’t be things you employ to get to what you really want. A simple example of using another as a means would be striking up a friendship with Chris because you really want to meet his wife who happens to be a manager at the advertising company you desperately want to work for.

It’d be hard to imagine a clearer case of this principle being broken than that of Madoff’s Ponzi scheme. He used the money from each new investor to pay off the last one. That means every investor was nothing but a means to an end: every one was nothing more than a way to keep the old investors happy and attract new ones.

Madoff’s case of direct theft is clear cut, but others aren’t quite so easy. If Weinstein goes ahead and writes her tell-all about life in bed with Madoff, is she using him as a means to her end (which is making money)? Is she using book buyers? What about her husband and the suffering he would endure? It can be difficult to be sure in every case exactly what it means to “use” another person.

Another example comes from Madoff’s son, Andrew, who donated time and money to the cause of treating cancer. On one hand, this seems like a generous and beneficial treatment of others. It looks like he’s valuing them as worthwhile and good people who deserve to be saved from a disease. On the other hand, though, when you keep in mind that Andrew too had cancer, you wonder whether he’s just using other peoples’ suffering to promote research so that he can be saved.

Summarizing, where the first of the categorical imperative’s expressions was a consistency principle (treat others the way you want to be treated), this is a dignity principle: treat others with respect and as holding value in themselves. You will act ethically, according to Kant, as long as you never accept the temptation to treat others as a way to get something else.

Objections to the Second Version of the Categorical Imperative

The principal objection to this aspect of Kant’s theory is that, like the previous, it sounds good in the abstract, but when you think about how it would actually work, things become difficult. Almost all businesses require treating people as means and not as ends. In the grocery store, the cashier isn’t waiting there to receive your respectful attention. She’s there to run your items through the scanner and that’s it. The same goes for the guy in the produce section setting up the banana display. Really, just paying someone to do a job—no matter what the job might be—is treating them as a means to an end, as little more than a way to get the work done.

If that’s right, then you’re not going too far by wondering whether the entire modern world of jobs and money would unravel if we all suddenly became Kantians. Paying a janitor to clean up after hours, a paralegal to proofread a lawyer’s briefs, a day-care worker to keep peace among children at recess, all these treatments of others seem to fail Kant’s test.

Defenders of Kant understand all this perfectly and can respond. One argument is that providing someone with a job is not treating them as a means to your ends; instead, by allowing them the opportunity to earn a living, you’re actually supporting their projects and happiness. Seen this way, hiring people is not denigrating them, it’s enabling. And far from being immoral in the Kantian sense, it’s ethically recommendable.