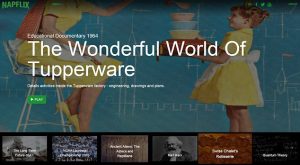 People often prefer to fall asleep while watching TV, but that doesn’t always work out as planned. Sometimes the shows you end up watching turn out to be genuinely interesting and instead of slowly dozing off, you end up spending hours with your eyeballs glued to the screen. But there’s no risk of that happening when using Napflix, a video streaming service designed to be more than boring enough to put you to sleep.

The Napflix website describes the service as a “video platform where you can find the most silent and sleepy content selection to relax your brain and easily fall asleep.” Regardless of what specific type of programs you find least interesting, you’re bound to find them on Napflix. While browsing the selection of boring video material, you’ll find everything from from long lectures and documentaries, senseless game simulations and chess matches to static landscapes and religious rituals.

“The idea is to make entertainment boring,” said Victor Gutierrez de Tena, one of Napflix’s two co-founders. It could be the kind of things that remind us of our childhood, like post-lunch classes and TV serials we watched after meals which just went on and on, ones where you wouldn’t lose the plot if you fell asleep”

Both Gutierrez de Tena and his co-founder work in advertising, but they told AFP that the service is not part of an advertising campaign, and it is absolutely free to use, at least for now. Apart from the aforementioned YouTube-sourced content, Napflix, like the infinitely more popular Netflix, features some original content of its own, only instead of catching your interest, it’s designed to make you fall asleep. Its first original video is titled Subway and consisting of a rail journey between Canal St. and Coney Island in New York. I can feel a yawn coming just thinking about it.

With Napflix, you don’t have to worry about leaving the TV on all night either. After you choose the boring video you want to watch, you can set the platform’s timer to automatically shut down the footage after an allotted amount of time or turn off once the video is over.

It sounds like Napflix really is “taking siesta to the next level”. 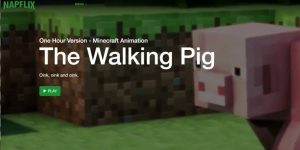