In 2014, Boise was chosen as one of 15 communities to receive the Darden Foundation/NRPA partnership’s Grow Your Garden grant, a $10,000 award for community garden development in existing city parks. One year later, the funds — allotted specifically for the formation of the Liberty Community Garden, Fort Boise Garden and the Comba Community Garden — have been spent on major, previously unattainable expenses including new irrigation systems, fences and even a greenhouse, all of which serve to provide fresh fruits and vegetables to families in need.

According to Erin Guerricabeitia, coordinator of the Boise Urban Garden School, nearly all of Boise’s gardens also contribute to local food pantries by donating excess food, with many of the individually managed plots growing produce specifically for the food bank. But as community gardens grow in popularity, in part as a solution to local food insecurity, so too do the challenges of funding and maintaining these areas and determining where new gardens should be developed.

“Managing a community garden is much harder than most people realize. There’s a great deal of time, planning and expense involved,” Guerricabeitia admits. “But [the effort] is worth it. Community gardens give local, low-income neighborhoods the opportunity to come together and interact with people they wouldn’t ordinarily have the chance to.”

Typically ranging from a quarter to half an acre total, and often situated on abandoned lots or hosted by city parks, community gardens condense the average household garden into small, manageable-sized plots to be planted, maintained, and harvested by individual families or organizations that may lack the space to plant gardens of their own. But while there are a number of grants available to help support local food efforts, like the Grow Your Garden grant, many larger urban areas have put to rest the traditional notion of the “community garden” in favor of a more modern and affordable approach to inner-city food production.

Particularly in metropolitan areas with well-established green initiatives in place, such as San Fransisco and Seattle, the transition to an urban agricultural approach to community farming, and even permaculture, has been years in the making. Rather than plots of land devoted to traditional row-based gardens, urban agriculturalists utilize existing rooftops, crumbling architecture, roadway meridians and even hotel balconies as lush, garden real estate. And the benefits are not merely aesthetic: by developing gardens in the unlikeliest of places, cities are able to reach a more diverse population, as well as cater to a greater portion of urban populations that may be on the outskirts of the community. As such, urban farms are a unique and often artistic means of addressing local food security.

Following the trend, Sustainable Boise, a large-scale initiative still in development between the city of Boise, the Boise Urban Garden School (BUGS) and a number of other organizations, aims to address the growth of nationwide permaculture and city farming practices by using Boise’s existing metro areas and unique landscape as opportunities for food education, urban agriculture and ecologically conscientious development. And given the startling statistic posited by the University of Minnesota in 2011 that global food demand will nearly double by 2050, utilizing Boise’s urban landscape to its full potential is a necessary step towards statewide food security.

And Guerricabeitia agrees. “Any step towards community empowerment and food security is a worthwhile one, especially if it allows local citizens to use their creativity. I see [urban agriculture] as a next step: it promotes ownership, which is especially important during the summer which is when a lot of community members lose their motivation.”

Many community gardens, like Comba Park in Boise, which are formed in partnership with the city Parks and Recreation Department are part of larger community centers that host children’s camps, adult classes and provide outdoor play areas and engagement opportunities for lower income families.

Specifically, permaculture as a movement seeks to mimic the ecosystems and natural patterns found in nature as an environmentally friendly approach to building, economics, energy and agriculture. It often involves recycling irrigation water, layering vegetation as it is found in its natural habitat and establishing honeybee colonies for natural pollination and growth. With this approach, these miniature ecosystems serve multiple purposes by counteracting city pollution, re-establishing natural growth systems and providing natural, unprocessed food sources for city dwellers.

Check out our gallery of just a few of the country’s most inspiring community gardens, urban farms and permaculture startups. 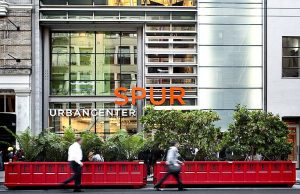 San Francisco Parkmobiles: A partnership between CMG Landscape Architecture and the city of San Francisco has resulted in a groundbreaking urban revival project that is setting trends across large cities everywhere: portable parks throughout San Francisco’s Yerba Buena district. Each lush, portable garden — called a Parkmobile — is no larger than a standard-sized parking space, and can be easily transported throughout the area to add a touch of greenery anywhere in the cityscape. With built in seating and themed vegetation, often featuring seasonal produce, these original Parkmobiles have inspired dozens of imitators across the country.  / CMG Architects 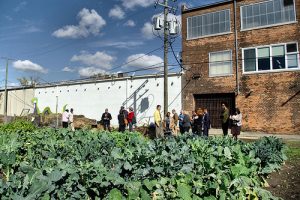 Earthworks – Detroit:  In Detroit, EarthWorks (@EarthworksDet) and Hope Grows Here are just two examples of community gardens thriving despite all odds in a city struggling to overcome urban decay in its center. Both urban farms were launched in just two of the city’s thousands of abandoned lots, and both programs are inspiring examples of how agriculture can be used to revitalize local economies and bring communities together. / via TheCityFix 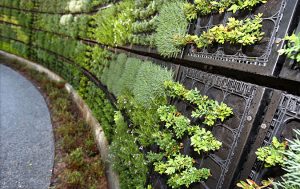 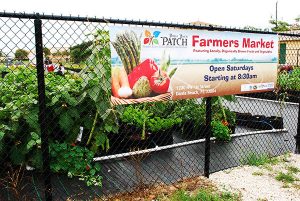 Dania Beach Farmer’s Market Garden:  The Dania Beach, Fla. community has taken the idea of the Farmer’s Market and mashed it together with a community garden, allowing Dania Beach residents to take full advantage of the freshest produce, while raising money to sustain and promote agricultural education by selling food products made with some of the produce grown in the garden. / via Wise Buys 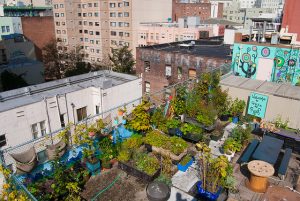 Graze the Roof – San Francisco:  Graze the Roof in San Fransisco, CA is a fully functioning and recycled urban rooftop garden in the city’s outskirts. Ran by the Glide Memorial Church, the rooftop oasis utilizes 100% upcycled materials — bottles, burlap sacks, and milk cartons, as well as other household items — as planters for dozens of produce species. This progressive garden also harnesses the California sun and plethora or urban space as not only an educational outreach tool in partnership with organizations such as LEAF, but re-purposes some of its produce to supplement Glide’s meal donation program. / via SPUR 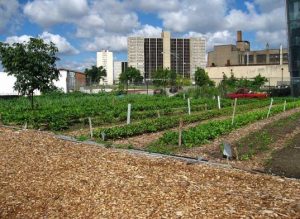 Seattle Community Garden:  No doubt the horticulture capital of the country, Seattle is brimming with community gardens, boasting over 2,000 traditional community “P-Patch” plots which are managed by community individuals and organizations. 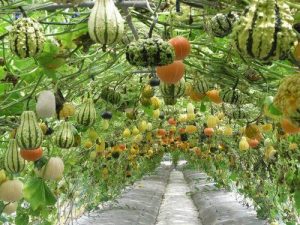 Beacon Hill Arbor – Seattle:  Beacon Hill in Seattle, WA is home to an innovative permaculture project that is the first of its kind: the Beacon Food Forest, an edible, living ecosystem in the heart of the city. Complete with a fruit arboretum, pollination alleys, and over 1000 species of nuts, herbs, and produce, Beacon Hill is quickly making a name for Seattle in the food sustainability game. / via Gaia Health Blog