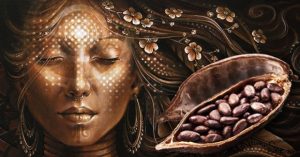 Raw chocolate is the next big thing for conscious partying

What you see before you, my friend, is the result of a lifetime of chocolate.
– Katharine Hepburn

Chocolate, that devilish aphrodisiac packed full of ecstasy and sensuality, once said to be the food of the gods, is spreading its magic into the most unlikely of places.

A sign of the times perhaps, today’s clubbers drug of choice is organic, natural and packed with goodness. The trendy new upper on seething dance floors is a superfood with a long and seductive history. This is not surprising as one of the many benefits of cacao is it creates feelings of excitement and euphoria. From Ibiza to Manhattan, trendy clubbers are ditching coke for cocoa. And believe it or not, with a specially designed device by Belgian chocolatier Dominique Persoone, snorting chocolate is the new fad for ravers across Europe. Today young revellers can snort, take a pill or drink, this sweet, legal high. 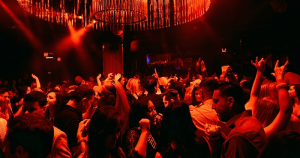 Today’s clubbers drug of choice is organic, natural and packed with goodness

Used for centuries in the Americas, for ceremony and as an integral part of life, cacao beans were used for trade and were an extremely valuable commodity.  In its earliest forms, the Mayans used cocoa to create a ritual beverage that was shared during betrothal and marriage ceremonies, the first known links between chocolate and romance. This exotic beverage made its way to Europe in 1519 where it captured the minds and hearts of the Western world in a revolution of pleasure. Today, nothing evokes passion and sensuality quite like chocolate and it seems the second chocolate revolution has begun!

As heavenly as chocolate can be, organic pure cacao takes this elixir to the next level. Cacao retains all the goodness of the cacao bean and is unbelievably good for the body and mind.

So what is cacao? Cacao is not cocoa. Cacao is the raw and naturally fermented, unheated form of chocolate, while cocoa is cacao that has been heated. Processed chocolate is made with roasted cocoa, sugar, milk, and other ingredients that turn it into a solid food and studies have found that by adding dairy this actually blocks the absorption of antioxidants in chocolate. The benefits of cacao are only found in the raw form, and organic raw cacao has an array of amazing benefits. 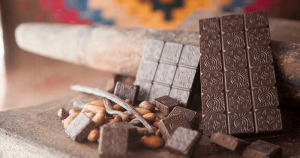 An aphrodisiac, mood enhancer, and antioxidant that protects the heart and is densely packed with nutrients, cacao is literally a nutritional powerhouse. The beans from Theobroma or Cacao have over 1200 chemical constituents making cacao the most pharmacologically complex food in nature. it can improve your memory, increase your bliss, reduce heart disease, shed fat, boost immunity, and create loads of energy. Another mood-enhancing compound found in cacao is PEA or phenethylamine, which triggers the release of endorphins and pleasurable opium-like neurochemicals. These are the same chemicals that are released when we fall in love or during sexual activity. No wonder those ravers are quaffing down the cacao and dancing till dawn.

Cacao contains the neurotransmitters serotonin, tryptophan and dopamine that stimulate brain activity and are vital in regulating mood. Serotonin is the feel good brain chemical responsible for feelings of wellbeing. Cacao also contains anandamide – taken from the Sanskrit word ananda or bliss. This mood improving chemical is known as the bliss molecule and leaves us feeling blissful and euphoric, but also plays a vital role in moderating pain perception and the memory of pain, as well as assisting in regulating appetite and mood. 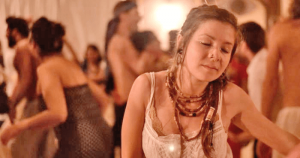 The divine drink which builds up resistance and fights fatigue. A cup of this precious drink permits a man to walk for a whole day without food.
– Hernando Cortés, 1519

It is well known that chocolate or cacao is hugely high in magnesium, a mineral responsible for relaxing all the muscles in the body and important for brain functioning. So while ecstatic dancers are flying around dance floors, the magnesium is helping release tension from their bodies. Flavanols an anti-inflammatory and heart protective antioxidant found in raw cacao may protect against cardiovascular disease, reduce the risk of stroke, and help improve blood circulation. Amazingly no heart drug on the market can come close to the protective benefits of cacao.

A 2006 study found that regular chocolate consumption may reduce cardiac mortality by fifty percent. Newer research from the American Journal of Clinical Nutrition has revealed that the consumption of chocolate, or its active constituents reduces a broad range of risk factors for cardiovascular disease, some of which include insulin resistance. The researchers looked at 42 acute and long-term studies and found insulin resistance was reduced by a third following chocolate consumption. 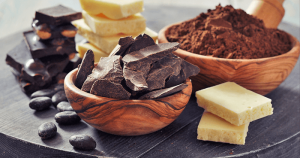 The greatest tragedies were written by the Greeks and Shakespeare…neither knew chocolate.
– Sandrea Boynton

Yet, as wonderful as it is that revellers are being treated to cacao parties, that open with a meditation and promote a healthy natural high, there is another more sacred use for cacao and that’s ceremonial cacao ceremonies.

In ancient times cacao was used for ceremonial and medicinal purposes. The Mayan Shamans used ceremonial cacao in ceremony to travel to access higher dimensions. The shamans gave the ceremonial cacao the power for these journeys, by infusing it with spirit. This special cacao is regarded as an old plant medicine because of its power to facilitate spiritual openings, and especially its ability to open the heart. Ceremonial cacao maintains its integrity and connection with the earth and is grown in its natural habitat in the rainforest and is also not mass-produced. 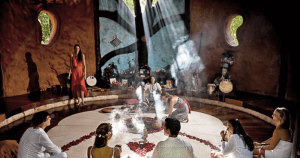 Mayan shamans gave the ceremonial cacao the power for these journeys, by infusing it with spirit (Image: Spirituality Riviera Maya)

When high quality raw cacao beans are prepared for ceremony, all the mood enhancing neurochemicals in cacao become particularly active. It increases blood flow and nutrition to the brain, heart and skin, and the whole body is nourished. People report heightened awareness, focus and intensified sensations.

Recently I experienced a cacao ceremony.  We gathered in circle, warm cups snuggled in our hands, joined in ceremony. An urban ritual in a starlit backyard. As we were led into the cacao ceremony, I was curious, would it be a white shamanic attempt at replicating the deep tradition of the South American jungle and sacred lineage?. Having had the privilege of journeying with shamans all over the world in deeply sacred places I didn’t expect the power of an urban ceremony to be so touching. It was a deep, joyful and connected experience. I felt my heart open and the love flow between the group, many of us strangers. The cacao was rich, earthy and sublime. The gravelly sandy texture of the drink gave it a poignant connection with nature. It was a celebration of the gifts of existence, united by the magic of cacao. 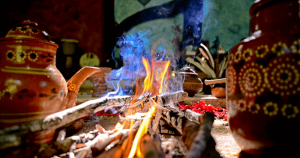 A celebration of the gifts of existence, united by the magic of cacao (Image: Spirituality Riviera Maya)

Sacred Cacao ceremony participants all report raw cacao is heart opening and an amazing meditation aid. Chocolate Shaman, Keith Wilson, lives in the Mayan highlands of Guatemala and has been working with cacao for over 12 years. He uses cacao for spiritual and shamanic purposes and processes his own cacao under instruction from the “cacao spirit.” According to both archaeologists and Mayan spiritual elders, the Cacao Spirit was one of the most powerful deities in ancient Mayan cosmology. Keith Wilson refers to cacao as the “food for the shift”.

Sacred Cacao was bypassed in the ‘60’s resurgence of medicine-plants because it does not act like a psychedelic – it does not take you on its trip, but facilitates your own.  There are Indigenous shamans in Central and South America who prefer cacao over psychedelics, but few have heard of them.  I am not here to speak for them.  I speak from my years of experience with cacao and cacao ceremonies since the Cacao Spirit began sharing and partnering with me in the metaphysical work that I do.  And I speak through sales of the cacao that She guides me to.
– Keith Wilson, the Chocolate Shaman 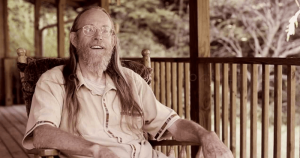 Keith Wilson refers to cacao as the “food for the shift”

Ceremonial cacao has many uses, it enhances group therapies, is very beneficial for lucid dreaming, breath work, enhanced focus and creativity and is an important tool for shamanic journeying.

Has chocolate or organic raw cacao, an ancient medicine, come full circle, in these time where so many people have health and mental health issues, to lead us back to radiant vitality? It seems fitting that this super food and sacred medicine, is a potent tool for activating the journey into the heart, something that has the potential to change the world, one heart at a time.