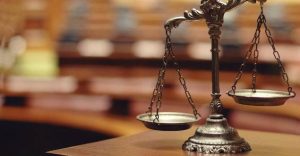 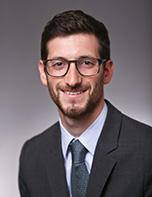 Earlier this week, 12 Pennsylvania state legislators filed resolutions to impeach four of the state’s supreme court justices, following the court’s decision to strike down the state’s congressional map as a partisan gerrymander prohibited by the state constitution. This is not the first time partisan disagreement over a court decision has led to impeachment threats. But if the legislators follow through, they would toss aside a centuries-old understanding that if the impeachment power is used to punish judges for their rulings, it undermines the vital independence of our judicial branch. Here’s what you need to know about impeachment:

What is judicial impeachment?

Impeachment is a process by which the political branches of government – usually the legislature – can remove judges from office. Because the impeachment power lies primarily in the hands of politicians, it is at times threatened for partisan reasons, but the impeachment and removal of judges is in fact rare and usually limited to grave ethical or criminal misconduct such as perjury, fraud, or conflicts of interest.

How does the impeachment process work?

Federal and state constitutions provide different mechanisms for impeachment of judges, but impeachment is generally a two-step process.

With respect to federal judges, under Article I of the United States Constitution, the House of Representatives has the power to impeach, and the Senate the power to hold a trial to determine whether removal is appropriate. The House can impeach a judge with a simple majority vote. However, a judge may only be removed from office following a trial and a vote to convict by a two-thirds majority of the Senate.

Most states’ procedures for the impeachment and removal of judges are similar to the federal approach (see Pennsylvania, for example), requiring a majority vote of the lower house in the legislature and a two-thirds vote of the upper house. But in some states (including New Yorkand Nebraska), the trial following impeachment is conducted by a court comprised of state officials and/or state judges. And in others the number of votes required to impeach or convict differs.

How common is it to impeach judges?

Impeachment of judges is rare, and removal is rarer still. With respect to federal judges, since 1803, the House of Representatives has impeached only 15 judges – an average of one every 14 years – and only 8 of those impeachments were followed by convictions in the Senate. Justice Samuel Chase is the only Supreme Court Justice the House has impeached, and in 1805 the Senate acquitted Chase.

Impeachment in the states has been similarly rare. A review of studies by the American Judicature Society and the National Center for State Courts, as well as news articles, reveals just two instances of a state judge being impeached in the last 25 years. In 1993-94, Pennsylvania impeached and removed the first and only judge in its history, Supreme Court Justice Rolf Larsen, and in 2000 New Hampshire impeached, but the state senate declined to remove, Supreme Court Justice David Brock.

There are more instances, however, of legislators unsuccessfully calling for the impeachment of a judge. In just the last four years, legislators in at least three states have introduced legislation calling for at least an investigation into whether a sitting judge should be impeached: In New Hampshire, HR 7 (2015) proposed investigating whether Judge Jacalyn Colburn had overstepped her authority in instructing the state to spend money to print a ballot measure; in Pennsylvania, HR 389 (2016) proposed investigating Judge Kelly Ballentine for dismissing her own parking tickets and failing to file tax returns; and in West Virginia, HR 4and SR 44 (2018) called for investigation of Supreme Court Justice Allen Loughry II’s excessive spending on office renovations and improper use of state property.

What conduct constitutes grounds for impeachment?

The United States Constitution provides little guidance as to what offenses constitute grounds for the impeachment of federal judges: as with other government officials, judges may be removed following impeachment and conviction for “Treason, Bribery, or other high Crimes and Misdemeanors,” otherwise, under Article III, Section 1, judges “shall hold their Offices during good Behaviour.”

However, the impeachment power has historically been limited to cases of serious ethical or criminal misconduct. For example, in 2009, the House impeached U.S. District Court Judge Samuel B. Kent on charges of sexual assault, obstructing an official proceeding, and making false statements. Kent resigned before the Senate tried the charges. The next year, the House impeached U.S. District Court Judge G. Thomas Porteous, Jr. on allegations of bribery and making false statements. The Senate convicted Porteous. Of the 15 federal judicial impeachments in history, the most common charges were making false statements, favoritism toward litigants or special appointees, intoxication on the bench, and abuse of the contempt power.

While state constitutions vary in their definitions of impeachable offenses, the few recent successful impeachment efforts in states confirm that legislators generally have limited that power to cases of serious ethical and criminal violations. For example, the 1994 removal of Pennsylvania Supreme Court Justice Rolf Larsen involved charges that Larsen had asked a doctor to write fraudulent drug prescriptions, improperly communicated with lawyers and a trial judge about a pending case, and lied under oath. And New Hampshire Supreme Court Justice David Brock was impeached for improper communications in two cases and for lying under oath.

Can judges be impeached for their rulings on the bench?

Historical practice suggests a strong tradition against impeaching judges for judicial rulings. Chief Justice William Rehnquist, who wrote a book examining the history of judicial impeachment, found that early historical uses of the impeachment power established a norm that “judicial acts – their rulings from the bench – would not be a basis for removal from office by impeachment and conviction.”

According to Rehnquist, the attempted removal of Supreme Court Justice Samuel Chase in 1804 was, in particular, “enormously important in securing the kind of judicial independence contemplated by” the Constitution. President Thomas Jefferson, a Democratic-Republican, encouraged the House to impeach Justice Chase, a Federalist, after Chase openly criticized the President and his policies to a Baltimore grand jury. In addition to the charge that his partisan statements undermined the judiciary, the charges against Justice Chase ultimately included inflated allegations of misconduct in several trials. The House impeached Chase in 1804, but the following year, the Senate declined to convict, despite Jefferson’s party holding a supermajority. This failed impeachment helped set the bounds of the proper use of the impeachment power – including that judicial decisions should not be a basis for removing judges from the bench.

This norm contributes to the United States’ carefully balanced three-branch system of government, which requires that judges remain insulated from political pressure when deciding cases. Job security is one important contributor to maintaining judicial independence – so that judges are deciding cases based on their understanding of what the law requires, and not worrying that they could be removed from office if powerful political actors disagree with their rulings.

Have there been abuses of the impeachment power?

Despite this historical understanding, there have continued to be attempts to use the impeachment power for partisan reasons. In the heat of the 1996 presidential campaign, for example, both candidates – President Clinton and Senator Dole – attacked a sitting federal district court judge for ruling evidence inadmissible in a case against a drug courier, and indicated they would support the judge’s removal. Four sitting appeals court judges joined together in a remarkable statement to condemn the political attacks on Judge Harold Baer Jr., explaining that the Constitution does not “provide for resignation or impeachment whenever a judge makes a decision with which elected officials disagree.” “These attacks do a grave disservice to the principle of an independent judiciary and…mislead the public as to the role of judges in a constitutional democracy,” the judges said.

A 2011 review by the National Center for State Courts’ Gavel to Gavel website also found numerous bills introduced in state legislatures that year to impeach judges and justices because of disagreement over specific rulings.

Several of those introductions were part of a failed effort in Iowa to remove four Iowa Supreme Court Justices for their decision in a high-profile case about marriage rights for same-sex couples. The impeachment attempt garnered significant media attention, but also widespread condemnation – even from members of the sponsors’ own party. Iowa Governor-elect Terry Brandstad (R) said at the time that disagreement over a ruling did not constitute grounds for impeachment. “There’s a difference between malfeasance and over-reaching,” said Brandstad, “the Constitution says what the grounds for impeachment are. My reading is it’s not there.” Iowa House Speaker Kraig Paulsen (R), whose chamber would have voted on the impeachment, sent the resolutions to languish in an inactive committee and said, “I disagree with this remedy,…I do not expect it to be debated on the floor of the House, and if it is, I will vote no.”

This year, twelve Republican legislators in Pennsylvania have introduced resolutions to impeach four sitting Pennsylvania Supreme Court Justices for their ruling in a partisan gerrymandering case that may cost the Republican Party congressional seats in the upcoming election. Former U.S. Court of Appeals Judge Timothy K. Lewis, appointed by President George H.W. Bush, echoed the concerns of past officials, writing that “to threaten judges who issued an unfavorable decision…falls outside the bounds of appropriate and constitutional conduct.”