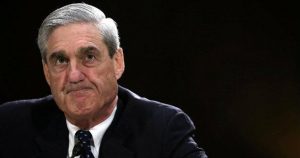 As Mueller closes in, Kavanaugh could stand in his way. 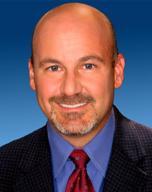 Last week began with the nomination of Brett Kavanaugh to the Supreme Court and ended with a federal indictment against 12 Russian intelligence officials implicated in a conspiracy to interfere with the 2016 election. At the center of both epic stories of law and order — each of which will reverberate through American history — is President Donald Trump. He hopes that Kavanaugh, if confirmed by the Senate, will consistently vote to protect the president’s interests at the expense of federal prosecutors, including special counsel Robert Mueller, who are persistently uncovering suggestive evidence of collusion between the Russians and the Trump team.

For that reason and others, the president’s political allies tried hard last week to depict Kavanaugh as some sort of institutional moderate who believes in limitations on presidential immunity and who won’t be afraid to stand up to the White House if he reaches the court. A great debate rages over what to make of Kavanaugh’s long-ago scholarly writings on the topic, but for me the answer comes down to what Georgetown constitutional law professor Louis Michael Seidman told Vanity Fair’s Abigail Tracy last week. “Virtually his entire career has been in service of the Republican political agenda, and there’s no reason to believe that he will behave any differently as a Supreme Court justice,” Seidman said.

That’s exactly right — or at least that’s the way all of us should bet. Brett Kavanaugh suddenly isn’t going to metamorphose into an ideological moderate once he’s given the keys to the kingdom. He isn’t going to turn on his benefactors at the Federalist Society and the Heritage Foundation, or at least those benefactors who have enabled and justified the president’s egregious conduct. If anything, Kavanaugh’s extreme conservative views willblossom if he makes it onto the court. That will be a disaster for countless ordinary Americans, but it will be a blessing to Trump when the moment of truth comes in the Russia investigation. And, clearly, that moment is coming sooner not later.

Will Kavanaugh vote to uphold the power of a subpoena presented to the president? Will he vote to uphold the taking of a deposition, under oath, the way President Bill Clinton was deposed during the Paula Jones case? These are two of the more practical questions the Supreme Court could face long before the justices ever face the thornier question of whether an indictment against Trump can validly be prosecuted. Kavanaugh was for these intrusions on presidential authority when Clinton was president — he was a key member of the independent counsel’s office that brought the Lewinsky case — but seemed to turn against them in the wake of his work in the White House during the George W. Bush presidency.

I don’t think it’s a matter of the nominee “standing up” to Trump. That suggests he will disagree with the legal position the White House takes and will muster the courage to do so. I think it is far more likely that Kavanaugh will embrace the White House’s arguments in the looming fight against Mueller. Much more so than Justice Anthony Kennedy would have, or at least would have up until this past term when a departing Kennedy rolled over for Trump in one case after another. The only courage Kavanaugh will need if and when he makes it onto the Supreme Court is the courage to cement his place in legal history as the partisan who pushed for investigations of Democratic presidents but not Republican ones.

The last person we should want to hear from on this topic was one of the first to pipe up. Kenneth Starr, the sanctimonious independent counsel of the Clinton era, once rumored to be in line for a position in the Trump administration (he didn’t get it), told us last week that his former worker bee Kavanaugh is “judicious” with a “pro-democracy” vision. Just like Kavanaugh’s “first judicial hero,” the late Chief Justice William Rehnquist, who also was “pro-democracy” so long as the beneficiaries were mostly white male Republicans. You can’t be a moderate judicial voice on the Supreme Court, or any court, if Rehnquist is your polestar. You just can’t.

There should be a strong majority on the Court to uphold the power of a special counsel to subpoena the president as part of a criminal investigation. The precedent for it comes from a unanimous Supreme Court which decided in July 1974 that Richard Nixon could not depend on executive privilege to withhold the presidential tapes. Among the justices who signed on to that ruling was Rehnquist, then a relative newbie on the Court. A generation later, in May 1997, another unanimous Supreme Court concluded that a sitting president, Bill Clinton, was not immune from civil litigation and could be deposed. Rehnquist signed on to that, as well.

So let’s start there. If Robert Mueller and federal prosecutors need to rely on a single vote from a Justice Kavanaugh to proceed against Trump, we will know how far to the right the Supreme Court has moved since 1974. We will know that Chief Justice John Roberts has once again “umpired” a dispute in favor of the team for which he once played. And we will know that the president has successfully orchestrated a defense of his own conduct with the aid and comfort of congressional Republicans and especially Senate Majority Leader Mitch McConnell, the Kentucky Republican who had the gall last week to accuse Senate Democrats of not playing fair in their reaction to the Kavanaugh nomination.

The selling of a kinder, gentler Brett Kavanaugh — hey, look, he’s a great carpool dad! — is just another ruse brought to us by the same people who tell us that trade wars are easy to win, that the new tax law is going to help working Americans, and that our foes today are American journalists and the European Union and not Vladimir Putin and his authoritarian rule. Kavanaugh will say all the empty things a Supreme Court nominee says under oath when pressed on Capitol Hill, and then he’ll vote precisely how he’s dreamed for decades as he deftly maneuvered his way to this moment.

Great for him. And for Trump. For the rest of us, who want to see Robert Mueller finally get to the bottom of the Russia scandal, not so much.