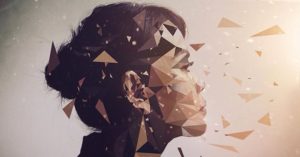 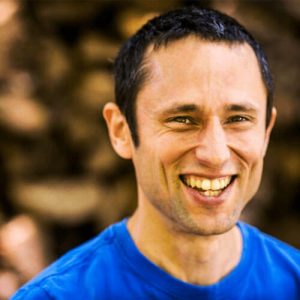 The Gifts of Nothingness

The problems we experience in our lives and in the world (whether relationship issues or world hunger) stem from energetic weakness and disconnection, from our lack of capacity to feel ourselves, each other, the earth, and how life seeks to move and evolve through us. The issue is not whether or not to act and “do something,” but what actually prompts us to act. — Dan Emmons

Before they are able to enter a new story, most people—and probably most societies as well—must first navigate the passage out of the old. In between the old and the new, there is an empty space. It is a time when the lessons and learnings of the old story are integrated. Only when that work has been done is the old story really complete. Then, there is nothing, the pregnant emptiness from which all being arises. Returning to essence, we regain the ability to act from essence. Returning to the space between stories, we can choose from freedom and not from habit.

A good time to do nothing is any time you feel stuck. I have done a lot of nothing in the writing of my book. For several days I was trying to write the conclusion, spinning my wheels, turning out tawdry rehashes of earlier material. The more I did, the worse it got. So I finally gave up the effort and just sat there on the couch, a baby strapped to my chest, mentally traveling through the book I had written, but with no agenda whatever of figuring out what to write. It was from that empty place that the conclusion arose, unbidden.

Do not be afraid of the empty place. It is the source we must return to if we are to be free of the stories and habits that entrap us.

If we are stuck and do not choose to visit the empty place, eventually we will end up there anyway. You may be familiar with this process on a personal level. The old world falls apart, but the new has not emerged. Everything that once seemed permanent and real is revealed as a kind of hallucination. You don’t know what to think, what to do; you don’t know what anything means anymore. The life trajectory you had plotted out seems absurd, and you can’t imagine another one. Everything is uncertain. Your time frame shrinks from years to this month, this week, today; maybe even to the present moment. Without the mirages of order that once seemed to protect you and filter reality, you feel naked and vulnerable, but also a kind of freedom. Possibilities that didn’t even exist in the old story lie before you, even if you have no idea how to get there. 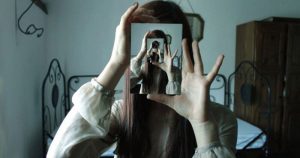 The space where the old world falls apart but the new has not yet emerged.

The challenge in our culture is to allow yourself to be in that space, to trust that the next story will emerge when the time in between has ended, and that you will recognize it. Our culture wants us to move on, to do. The old story we leave behind, which is usually part of the consensus ‘Story of the People,’ releases us with great reluctance. So please, if you are in the sacred space between stories, allow yourself to be there. It is frightening to lose the old structures of security, but you will find that even as you might lose things that were unthinkable to lose, you will be okay.

There is a kind of grace that protects us in the space between stories. It is not that you won’t lose your marriage, your money, your job, or your health. In fact, it is very likely that you will lose one of these things. It is that you will discover that even having lost that, you are still okay. You will find yourself in closer contact with something much more precious; something that fires cannot burn and thieves cannot steal, something that no one can take and that cannot be lost. We might lose sight of it sometimes, but it is always there, waiting for us. This is the resting place we return to when the old story falls apart. Clear of its fog, we can now receive a true vision of the next world, the next story, the next phase of life. From the marriage of this vision and this emptiness, a great power is born.

I wrote, “Possibilities that didn’t even exist in the old story lie before you, even if you have no idea how to get there.” This is a pretty good description of a place we are approaching collectively. Those of us who have, in various ways, left the old ‘Story of the People’ are the organs of perception of the collective human body. When civilization as a whole enters the space between stories, then it will be ready to receive these visions, these technologies and social forms of interbeing. 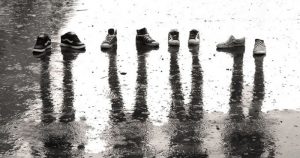 When we collectively enter the space between stories, we can reach new potentials.

Leaving the Old ‘Story of the People’

Civilization is not quite there yet. At the present moment, most people still tacitly believe that the old solutions will work. A new president is elected, a new invention announced, an uptick in the economy proclaimed, and hope springs anew. Maybe things will go back to normal. Maybe the ascent of humanity will resume. Today it is still possible, without too strenuous an effort of denial or pretense, to imagine that we are just in a rough patch. We can get through it, if only we discover some new sources of oil, build more infrastructure to ignite economic growth, solve the molecular puzzle of autoimmunity, deploy more drones to protect us from terrorism and crime, genetically engineer crops for higher yields, and put white colorant in cement to reflect the sun’s rays and slow global warming.

Given that all of these efforts are likely to produce unintended consequences even worse than the problems they intend to solve, it is not hard to see the wisdom of doing nothing. As I will describe later, this does not imply that the activist should focus on obstruction. Doing nothing arises naturally from the breakdown of the story that had motivated the old doings, calling us, therefore, to do what we can to hasten that story’s demise.

My brother–whose clarity of mind is relatively pristine because he rarely reads anything written after 1900–described to me his vision of how the changeover will finally manifest. A bunch of bureaucrats and leaders will be sitting around, wondering what to do about the new financial crisis. All the usual central bank policies, bailouts, interest rate cuts, quantitative easing, and so forth will be on the table, but the leaders just won’t be able to bring themselves to deal with it. “Fuck it,” they’ll say. “Let’s go fishing instead.” 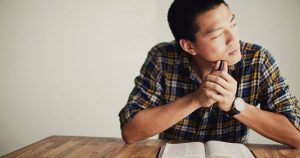 Doing nothing arises naturally from the breakdown of the ‘old story’ and the ‘old doings.’

At some point, we are just going to have to stop. Just stop, without any idea of what to do. As I described with the examples of disarmament and permaculture, we are lost in a hellscape carrying a map that leads us in circles, with never a way out. To exit it, we are going to have to drop the map and look around.

A Case of the ‘Fuck-Its’

As your old story came to an end, or comes to an end, do you find yourself contracting a case of the ‘fuck-its’? The procrastination, the laziness, the halfhearted attempts, the going through the motions—all indicate that the old story isn’t motivating you anymore. What once made sense, makes sense no longer. You are beginning to withdraw from that world. Society does its best to persuade you to resist that withdrawal, which, when resisted, is called depression. Increasingly potent motivational and chemical means are required to keep us focused on what we don’t want to focus on, to keep us motivated to do that which we don’t care about. If fear of poverty doesn’t work, then maybe psychiatric medication will. Anything to keep you participating in business as usual.

That depression that makes it impossible to vigorously participate in life as it is offered has a collective expression as well. Lacking a compelling sense of purpose or destiny, our society muddles along, going halfheartedly through the motions. ‘Depression’ manifests in the economic sense, as the instrument of our collective will—money—stagnates. No longer is there enough of it to do anything grand. Like insulin in the insulin-resistant diabetic, the monetary authorities pump out more and more of it, to less and less effect. What would once have sparked an economic boom now barely suffices to keep the economy from grinding to a halt. Economic paralysis could indeed be the way this ‘stop’ appears. But it could be anything that makes us give up our story and its enactments, once and for all.

The Art of Doing Nothing

Doing nothing is not a universal suggestion; it is specific to the time when a story is ending and we enter the space between stories. I am drawing here from the Taoist principle of wu-wei. Sometimes translated as ‘non-doing,’ a better translation might be ‘noncontrivance’ or ‘nonforcing.’ It means freedom from reflexive doing: acting when it is time to act, not acting when it is not time to act. Action is thus aligned with the natural movement of things in service to that which wants to be born. 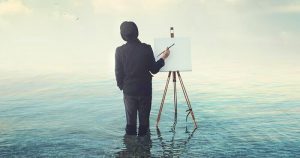 Wu-wei can be translated as ‘non-doing,’ or better yet ‘noncontrivance’ or ‘nonforcing.’

In this, I draw inspiration from a beautiful verse from the Tao Te Ching. This verse is extremely dense, with multiple meanings and layers of meaning, and I haven’t found a translation that highlights what I’m drawing from here. Therefore, the following is my own translation. It is the last half of verse 16—if you compare existing translations you will be astonished at how much they differ.

All things return to their root.

Returning to the root, there is stillness.

This is what is real.

Knowing the real, there is clarity.

From knowing the real comes spaciousness,

From sovereignty comes what is natural.

What comes naturally, is the Tao.

From the Tao comes what is lasting,

Persisting beyond one’s self.