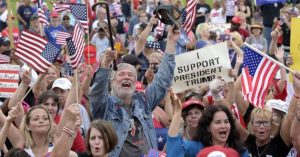 Hedge fund billionaires have been feasting off the futures of public employees — and the publics they serve. 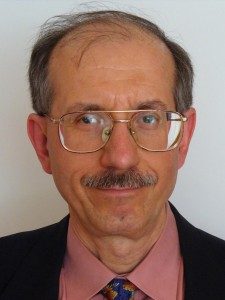 Single butterfly flapping its wings, chaos theory tells us, can wreak social havoc. Those flaps could alter the course of a tornado two weeks later. A big deal if your home happens to be in that tornado’s new course.

Now if a single butterfly could wreak such havoc, imagine the damage a few flaps by America’s super rich could wreak. We don’t have to imagine, suggests a new report from the Center for Retirement Research at Boston College. We just have a trace the recent history of America’s pension funds for state and local government employees.

Our story starts decades ago, in the middle of the 20th century, an era in the United States much more equal than today. One prime driver of that greater equality: high taxes on high incomes, as high as 91 percent on joint return income over $400,000.

A good many of America’s rich took these stiff tax rates as a direct personal affront, and they labored and lobbied mightily to “reform” the tax code. By “reform,” they meant cutting taxes on the nation’s most financially favored. Eventually, they succeeded.

This “success” — the tax rate on top-bracket income dropped from 91 percent to 28 percent in the quarter-century after 1963 — didn’t just put more dollars into the pockets of rich people. The tax cuts for America’s rich would end up taking dollars away — decades later — from average Americans.

Let’s follow the flapping. The initial tax cuts the rich started winning over the closing decades of the 20th century put a budget squeeze on state and local governments all across the United States. With revenues pinched, once-routine budget outlays — like dependable and adequate funding for government employee pension plans — suddenly came to be seen as budget extravagances.

Up until then, public employee pension plans had always been conservatively managed affairs. Government bodies made annual contributions to these plans, and the plans put these contributions into rock-solid investments that promised a regular if modest return. Nobody involved made grand fortunes off this pattern. Everybody involved could look forward to a secure retirement.

Hedge funds had begun as financial boutiques for super-rich Americans suddenly flush — thanks to tax cuts — with beaucoup dollars available for investing. Hedge fund managers competed for those dollars by promising ever higher investment returns — and they delivered on those promises, mainly by mixing new-fangled high-tech market analytics with old-fashioned insider-trading.

The delivering would be extraordinarily lucrative — and easy — for hedge fund managers. They charged astoundingly high fees and had no problem giving their wealthy clients good value in return. In those early days of “alternative investments,” hedge fund chiefs had plenty of low-hanging fruit to pick.

In an America growing increasingly unequal, these pension plans and hedge fund managers needed each other. The hedge fund crowd needed new markets. The pension plans desperately needed high returns on their investments.

What happened next? The Center for Retirement Research at Boston College takes our story up to the present day in a just-released new report, A First Look at Alternative Investments and Public Pensions.