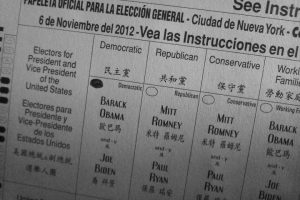 After local newspapers close, political polarization among voters increases, according to new research in the Journal of Communication. 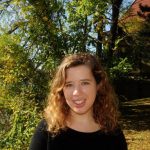 The research, authored by Joshua P. Darr, Matthew P. Hitt, and Johanna L. Dunaway – professors at Louisiana State University, Colorado State University and Texas A&M University, respectively – looks at split-ticket voting as a measure of political polarization. Split ticket voters are divided in their party allegiances when they vote, for example, casting a ballot for a Democratic presidential candidate and a Republican senatorial candidate.

Split-ticket voting rates were quantified as the difference between the percentage of voters in each county who voted for President Obama in 2012 and the percentage of voters who supported the Democratic candidate for Senate in 2012. “The split in party outcomes in local voting districts is a reasonable metric for the electorate’s willingness to consider candidates from both parties,” the authors write. “In 1992, 37 percent of states with Senate races elected a Senator from a different party than the one the state voted for in the presidential election. In 2016, not a single state did so, for the first time in a century.”

The authors found that in counties where newspapers closed before the 2012 election, split-ticket voting decreased by 1.9 percent. While the number may seem small out of context, “this is comparatively larger than findings in other studies of changes in the local media environment,” the authors write.

The researchers attribute the increasing political polarization not to the loss of information resulting from local newspaper closures but rather to the substitution of national news in its stead. “Shifts in news consumption to national media seem likely to increase (or at least not diminish) the effect of partisan heuristics, given the prevalence of high-intensity messages about national party politics in the national news during elections,” the authors write.

“National outlets do not have the space or time, nor the interest, to cover 535 legislative offices, much less 50 state governments and thousands of municipal governments,” they continue. “National news outlets focus on the president and national governmental institutions, such as Congress, the courts, and federal agencies. A relative reduction of local news in the media marketplace may result in less exposure to local news and more regular exposure to national media, with significant effects on engagement and partisan voting.”

“This contrasts with local newspaper coverage of representatives, which focuses on their actions as local agents and less on game-frame coverage,” the authors add. Game-frame coverage, which presents current events in terms of winners and losers, has been linked to diminished public support of other branches of government, such as the Supreme Court, in recent scholarship.

And previous research lends support to the idea that as media outlets (including local outlets) come under consolidated ownership, the focus takes on a national and partisan bent. A recent working paper quantifies these effects through the analysis of local television news broadcasts taken over by the Sinclair Media Group, a conservative-leaning conglomerate.

In a telephone interview with Journalist’s Resource, Darr emphasized that the research did not rely on substantive content analysis of the shuttered local newspapers. It didn’t account for whether a paper had thorough political reporting, or whether coverage focused mostly on goings on about town. Darr said this aspect of the study design also supports the partisanship explanation. The analysis isn’t sensitive to whether or not a community lost local political reporting. Irrespective of the content of the papers, in areas where newspapers closed, split-ticket voting decreased.

The authors also used sensitivity analyses to examine whether other variables could have been the reason for the decrease in split-ticket voting, such as the number of broadband providers in the county. From this analysis, they conclude that it is unlikely they missed a covariate.

“While the changes we observed are for national offices (albeit for ones with ties to subnational geographic constituencies), the implied consequences for elections further down-ballot seem bleak,” the authors write.

“To the extent that policy interventions could help, it seems like it’s the very existence of a local option doing the work here,” Darr said. “Just staying open seems like a fairly important factor, regardless of the level of political reporting in the news.”

Originally published by the Journalist’s Resource under the terms of a Creative Commons Attribution-NoDerivatives 4.0 International license.