Even if at a very high cost, President Trump may have done our country at least one valuable service. 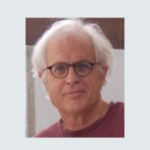 Though the president still has many supporters, there is a growing consensus, especially as the Trump-initiated trade war heats up, that he does not have their best interests in mind, never mind the best interests of the nation as a whole. While I think I understand why so many people voted for Trump, my sympathy does not extend to the man himself, whose emotional repertoire appears to be the narrow range between meanness and self-pity.

As his first summit with Vladimir Putin approaches, though we do not have certainty about the possibility of active collusion, one cannot help but recall Lenin’s phrase “useful idiot,” by which Lenin meant anyone who could be manipulated to serve the ends of the Soviet state.

To borrow another well-known phrase, this time from the late Senator Moynihan, Trump has “defined deviancy down.” Gradually we have come to tolerate behavior in a leader that was formerly enough to derail a candidacy, if not leading to outright trial by law.

Whether Mr. Trump will or will not be able to serve out his term, it is not too soon to learn some lessons about what we seek and what we want to avoid in candidates for the presidency. In no particular order, here follows a simple and obvious list, clarified by way of contrast with the person presently occupying the office:

Even if at a very high cost, President Trump may have done our country at least one valuable service. If we have learned the right lessons, we will tolerate a little less the political obfuscations of the mean-spirited, the petty, the mealy-mouthed, the smugly entitled (in both mainstream political parties), and still less the garrulous narcissism taking up all the air in the room at present. There is an opening, if we can encourage it, for a more disinterested, honest political conversation. I know I will be looking among the emerging candidates for at least some of the qualities listed above—and that, I’m afraid, means I need to exemplify those qualities myself.