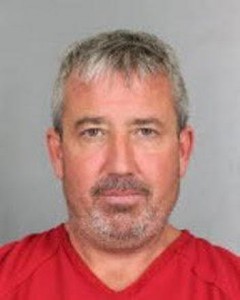 A man charged with fatally shooting one neighbor and injuring two others repeatedly disrupted his first court appearance, telling a judge “God’s got this.”

Kevin Lee Lyons, 46, faces charges of first-degree murder in the Monday afternoon attack on a residential street in suburban Denver. The Denver Post reports Lyons talked over a judge during a Tuesday hearing, where he was ordered jailed without bond.

Suspected mental health issues?  You can bet everything you have that if this had been a Muslim saying “Allah’s got this”, there would screaming and pointing by Republicans nationwide.

Donald Trump and Ted Cruz would seize upon the opportunity as an example for more fear-mongering in their next debate, if Trump ever agrees to one.

If we’re going to call a Muslim who does this a radical Islamist, then we must say the same of Christians who do it – radical Christianists.