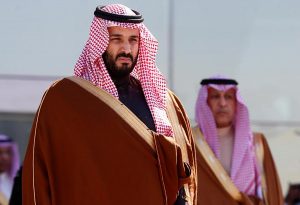 Saudi authorities have arrested at least two more human rights activists since May 15, 2018.

Saudi authorities have arrested at least two more human rights activists since May 15, 2018, when it began a large-scale crackdown on women’s rights activists and other supporters, Human Rights Watch said today. Saudi activists fear more arrests are forthcoming, as the crackdown overshadows the expected government announcement that the ban on women driving is to end in June.

On May 24, Saudi Authorities arrested Mohammed al-Bajadi, a founding member of the now-banned Saudi Civil and Political Rights Association (ACPRA), one of Saudi Arabia’s first civic organizations. Since 2012, the authorities have prosecuted nearly all activists associated with the group, which a Saudi court dissolved and disbanded in 2013. Saudi activists have told Human Rights Watch that the second detainee, whose family asked that he not be identified, has since been released. The conditions of his release have not been made public.

“The Saudi government seems so consumed with silencing dissent that even activists who have gone quiet for fear of retribution are being targeted again,” said Sarah Leah Whitson, Middle East director at Human Rights Watch. “The Saudi authorities should be concerned that the chill created by this new wave of repression will lead the country’s allies to question how serious Saudi Arabia is about changing its approach to women’s rights.”

The Saudi Civil and Political Rights Association had called for broad political reform, put forth interpretations of Islamic law that support a constitutional monarchy, and called out the government for abusive practices such as arbitrary detentions, and arrests of people peacefully exercising their right to freedom of expression and association. The members have been prosecuted on vague charges, including disparaging and insulting judicial authorities, inciting public opinion, insulting religious leaders, participating in setting up an unlicensed organization, and violating the cybercrime law.

Al-Bajadi spent several years in prison as a result of his advocacy. Saudi activists say that following his release in November 2015, he has largely refrained from speaking out publicly. In his last tweet on October 26, 2016, al-Bajadi wrote, “I will stop writing and participating on all social media accounts for reasons that are not unknown to all of you.”

Saudi authorities have arrested at least 11 activists since mid-May. They have since released Aisha al-Manea, Hessa al-Sheikh, Madeha al-Ajroush, and Walaa al-Shubbar, none of whom were named in a government statement accusing those detained of “treason.” The conditions of their release have not been made public.