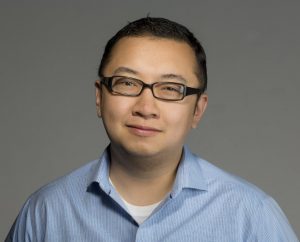 Certain dishes are obligatory on the American Christmas dinner table—ham, mashed potatoes, pie, gingerbread. But why not baby back ribs? Battered shrimp? Why isn’t there Christmas chili mac?

Tradition comforts, but tradition also confines. There’s no rule saying you can’t smoke a pork shoulder for Christmas, but somehow it feels like breaking some inviolable holiday trust. So how about this psychological workaround: What if there are more delicious Christmas food traditions—just ones that aren’t American—waiting to be assimilated as our own? Here are seven delicious possibilities.

Hot ham water isn’t just a bit from Arrested Development. In Sweden, the julbord spread (the Christmas version of smorgasbord) always includes a tradition known as dopp i grytan, meaning “dip in the pot.” After the Christmas ham is boiled, the leftover stock gets strained, then reduced with aromatics. This brothy ham gravy is served and dipped with crusty bread. Given our penchant for negating reasonably nutritious foods by dunking into salty creams and liquids, dopp i grytan should find a way to American Christmas tables without much resistance. A chef from New York’s Aquavit offers his recipe here.

Fruitcake may be maligned stateside, but its Australian second cousin—known as a White Christmas—is so beloved, most Aussies have likely cooked up a batch in their childhood (there’s no baking required). Essentially, a White Christmas is a coconut Rice Krispies square studded with candied cherries and raisins. The reason why you don’t find the dish in America is because the essential ingredient, hydrogenated coconut oil (Copha is the household brand) is difficult to source in the U.S. This recipe substitutes white chocolate in place of coconut oil. Note: Rice bubbles = Rice Krispies.

America’s preferred meat centerpiece on Christmas day is ham or turkey, which are fine, but in our opinion the award for best holiday protein goes to the Filipinos. Lechon, roasted crispy pork, is the essential holiday dish in Christmas-mad Philippines, and the most renowned interpretation comes from the island province of Cebu. There, whole pigs are stuffed and flavored with lemongrass, garlic, and onions, then slow-roasted (ideally over charcoal) until the skin turns crackly. You hack the pork into fatty and crunchy pieces, and have yourself a merry little Christmas.

Eggnog and glogg will leave you toasty and numb, but if you really want to get soused, consider the Chilean holiday drink cola de mono (meaning monkey’s tail). Like a White Russian, it’s a creamy coffee cocktail that goes down smooth, but where the cola de mono messes you up is the use of aguardiente, the anise-flavored spirit that translates to “fire water” for a reason. This particular recipe we tested—holy shit!—was like an iced coffee with a knuckle sandwich chaser. (You can substitute brandy or pisco if you don’t have aguardiente.)

On Christmas Eve, the Quebecois take part in a marathon bender feast known as réveillon. The one required dish on the table is the baked meat pie known as tourtière. Unlike soupy chicken pot or steak-and-ale pies, the tourtière is a solid loaf of meat inside, like a warm version of the British pork pie. Generally minced pork is used (with game meats more popular outside Montreal), and sometimes bulked up with starches such as potatoes and oats. It’s a particularly warming dish as spices of cloves, allspice, and nutmeg are prevalent, so imagine it as Swedish meatballs baked inside a buttery and flaky pastry crust. Here’s one recipe from the food editor of the Montreal Gazette.

In Provence, there’s a tradition to eat thirteen desserts with your Christmas meal, the significance tied to the number of people at the Last Supper. Before you get too giddy at the prospect of downing thirteen mud pies and brown betties, “desserts” in the south of France include almonds, dried figs, and quince paste. If we’re advocating anything, it’s that on the night of your holiday bacchanal, your digestive tract will welcome fruit like an old friend.

Japan’s insanely popular Christmas cake is simple and familiar to American palates—a sponge cake topped with whipped cream and strawberries. NPR goes into the back story of Christmas cakes: With Japan’s economy in ruins after World War II, American soldiers assisted in the country’s rebuilding efforts, and were known to hand out sweets to children. Food shortages in the immediate post-war years occurred frequently, so sweets weren’t only rare, but seen as a symbol of prosperity and status that the Japanese strived toward. As the country’s economy rebounded, so did the affordability of ingredients such as sugar and butter. The Western-style sponge cake—along with the traditions and aesthetics of Christmas—was adopted and embraced throughout Japan.

Originally published by The Takout under a Creative Commons license from Gawker Media.