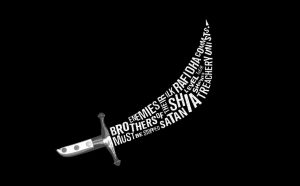 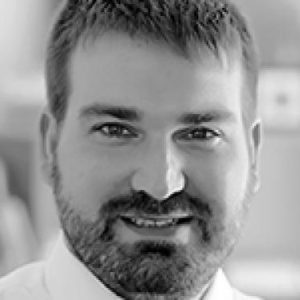 Advisers to Saudi Crown Prince Mohammad bin Salman and public relations teams in Western capitals have vigorously promoted the energetic royal as a “courageous reformer,” but a new U.S. congressional initiative around Saudi textbook reform could put this narrative to the test.

The crown prince’s economic and social reform announcements have dominated Saudi domestic news for over two years. When he’s not making bold decisions on restructuring the Saudi economy — so the story goes — he’s in the news promising “a more moderate” Islam.

There’s some truth to this narrative of domestic reform. Bin Salman curbed the powers of the country’s religious police in 2016, announced the end of the long-standing ban on women driving in September 2017, and declared that women can attend sports events at stadiums, and promised to remove the ban on movie theaters.

But for all the noise surrounding Bin Salman’s domestic policy shifts, he’s been conspicuously silent on the issue of government hate speech, especially speech by state clerics and in the country’s textbooks that targets his fellow Muslim citizens who practice a different form of Islam from the official brand of Sunni Islam promoted by the Saudi state.

The curriculum first provoked widespread controversy for violent and intolerant teachings in the aftermath of the Sept. 11, 2001 attacks, and Saudi authorities have either promised to reform it or declared it “reformed” many times since then.

Nevertheless, the Education Ministry’s school religion books for the 2016-17 school year still included passages that denigrate other religious groups. The curriculum reserves its harshest criticisms for Jews, Christians and people of other faiths, often describing them as kuffar, or “unbelievers.”

In one passage from a secondary school book, the text lists the markers by which one can recognize the approach of the Day of Resurrection, including: “The Hour will not come until Muslims will fight the Jews, and Muslims will kill the Jews.”

The textbooks also repeatedly criticize the Shia and Sufi practice of visiting graves and religious shrines and tawassul (intercession), to call on the prophet or his family members as intermediaries to God. The textbooks state that these practices, which both Sunni and Shia citizens understand as Shia, are grounds for removal from Islam and punished by being sent to “eternal damnation in hell.”

The new U.S. congressional initiative could increase pressure on Saudi Arabia to follow through on curriculum reform. The Saudi Educational Transparency and Reform Act, introduced by Reps. Ted Poe (R-Texas) and Bill Keating (D-Mass.) in December, would require the U.S. secretary of State to submit yearly reports to Congress about whether Saudi Arabia has removed “intolerant” content from its textbooks.

The bill also takes on the issue of religious freedom. The United States Commission on International Religious Freedom (USCIRF) repeatedly has classified Saudi Arabia as a “country of particular concern” — its harshest designation for countries that violate religious freedom, which could provoke certain sanctions on Saudi Arabia by the U.S. government under the 1998 International Religious Freedom Act.

The act, however, allows the president to issue a waiver to exempt countries from sanctions if it would “further the purposes” of the act, or if “the important national interest of the United States requires the exercise of such waiver authority.” U.S. presidents have issued such waivers for Saudi Arabia every year since 2006.

The new bill would require the secretary of State to submit regular reports to Congress determining whether the waiver for Saudi Arabia “furthers the purposes of such Act or is otherwise in the important national security interests of the United States,” effectively requiring the secretary to justify on a regular basis why the administration is not acting to curb rampant violations of religious freedom in Saudi Arabia.

Members of Congress should support the Saudi Educational Transparency and Reform Act because it will show Saudi authorities that the United States will not settle for half-measures on textbook reforms. The bill provides a unique opportunity to demonstrate whether Bin Salman’s policy changes will benefit all of Saudi Arabia’s citizens, including religious minorities, through removing hate speech once and for all from the country’s religion curriculum.