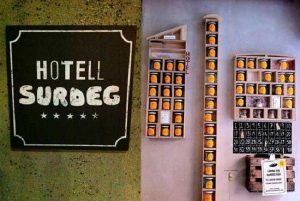 Home made bread has become very popular in Sweden over the last few years, so popular in fact that the country has its very own dough hotel – a place where people can drop off their precious sourdough knowing that it will be cared for properly until they return. No it’s not a joke, such a place actually exists.

Sweden’s first sourdough hotel opened in 2011, at the Urban Deli bakery, in Stockholm. For a fee of 200 Swedish kroner ($22) a week, they offered to take great care of your sourdough, if you couldn’t do it yourself. “We were just sat talking and thought of the idea of a nursery for sourdoughs. Then we took it further and came up with the hotel idea. It was just for fun really, we didn’t think it was going to get this big,” Åsa Johansson of Urban Deli said in an interview, five years ago.

They didn’t get too many paying customers during the first few months, but thanks to a collaboration with Josefin Vargö, a student at the University College of Arts and Crafts and Design (Konstfack) who started a sourdough archive for her master project, they did get to host a collection of dozens of sourdoughs, some of them as old as 130 years. That’s the thing about sourdough, if you take care of it properly, it can last for several generations, probably even indefinitely. And that’s what these uniquely Swedish dough hotels promise to do – keep the dough alive by “feeding” them water and flour, as well as treat them to regular massages. 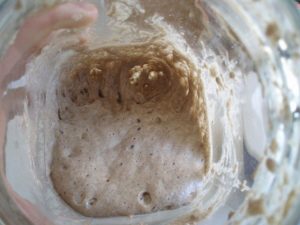 Sadly, the Urban Deli dough hotel in central Stockholm closed in 2014, but sourdough aficionados in the Swedish capital didn’t have to go without  a place to drop off their precious starters for very long. In 2015, the RC Chocolat  chocolaterie/bakery at Stockholm’s Arlanda airport opened their own sourdough hotel. “We decided to open up our sourdough hotel after one of our regulars told us we should do it! We felt like we would gain a lot of attention from it as well, and get people to come here,” Charlotta Söör told VICE Munchies.

The airport is the perfect location to drop off your sourdough before going on vacation or on a business trip, and  last year, Joakim Blomqvist, manager of RC Chocolat, told The Local that around 70 travelers had chosen to leave their precious doughs for safe keeping.

“They are all different ages, a lot of them are hipsters. Maybe they are trying to be a bit trendy or want to learn new things,” Blomqvist said. “We like to be confidential so we don’t keep any records. The customers like it that way.” He did mention however that some of his clients had really old sourdoughs, like 20 year old, stored in old glass jars. Taking care of such rare treasures can be a bit stressful, and the RC Chocolat manager admits that both they and the owner are relieved when it is picked up.

Unlike the now closed Urban Deli dough hotel, RC Chocolat only charges 100 kroner per week to store a jar of sourdough. This low price, and the location of the hotel gives Blomqvist confidence that they’ll be in business a lot longer. 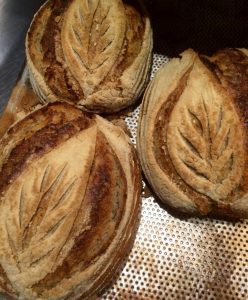 Wondering how the new hotel takes care of a dough? Charlotta is happy to explain: “You can check in your dough 24/7, since we are staffed all hours of the day. During its stay, your dough will be fed regularly with an organic flour of your choice and water, which we then blend into the dough. I guess you can call it a massage! We will also make sure to keep the dough at a good temperature and dispose of the extra dough it will produce in order to keep it in the original size you left it in.”