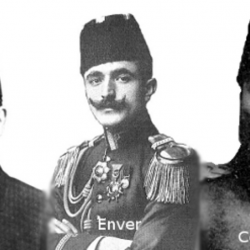 Until the late ninteenth century, the Armenians were referred to as millet-i sadika (loyal nation) by the Ottomans. Introduction The Armenian Genocide—also known as the Armenian Holocaust, Great Calamity or the Armenian Massacre—refers to the forced mass evacuation and related deaths of hundreds of thousands or over a million Armenians, during the government of the Young Turks from 1915 to[…]