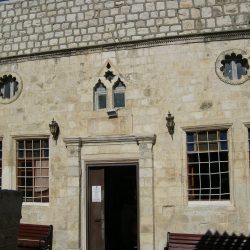 The Ashkenazi Jews developed a distinct liturgy and culture. Introduction Ashkenazi Jews, also known as Ashkenazic Jews or Ashkenazim, are Jews descended from the medieval Jewish communities of the Rhineland—”Ashkenaz” being the Medieval Hebrew name for Germany. They are distinguished from Sephardic Jews, the other main group of European Jewry, who arrived earlier in Europe and lived primarily in Spain. Many[…]